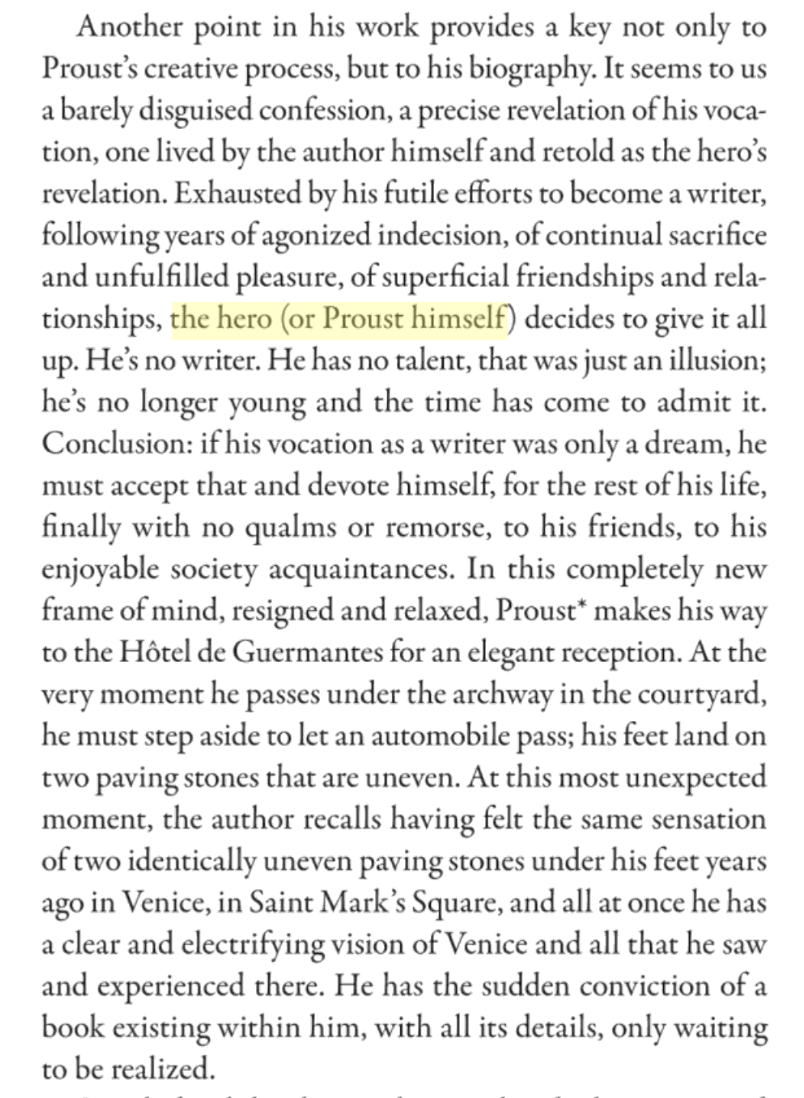 This is all recounted in the final volume of A La Recherche, which Czapski says was written before the others. Meta note on notetaking A meta note, inspired both by Proust and by this book about Proust: after reading a book, when you're making notes, don't refer to the book; just write down the most interesting things that come to mind. This is a better way of digging out what actually struck you about the book; as soon as you have the book to reference, you will start looking up the bits you "should" write about, and end up aiming at comprehensiveness rather than interestingness. Your actual criterion should be whatever interested you. Later, you can fill in quotations & references. Another thing about note-taking that the Zettelkasten guy says is that you have to write your notes in prose, as though you are writing an essay, and spend the extra effort to cite things correctly. This ensures that your notes become a growing organism and don't decay over time. (As a bonus, this makes writing easy: simply compile your notes, edit them lightly, and publish.) Footnotes [1]: I read somewhere that Elon Musk only asks one interview question, which is: what is the hardest problem you have solved, and how exactly did you solve it? The idea is that if you have really solved the problem, you should be able to go down to arbitrary levels of detail; the experiences you've "lived" are the ones that hit you the deepest.
Source: nabeelqu.co