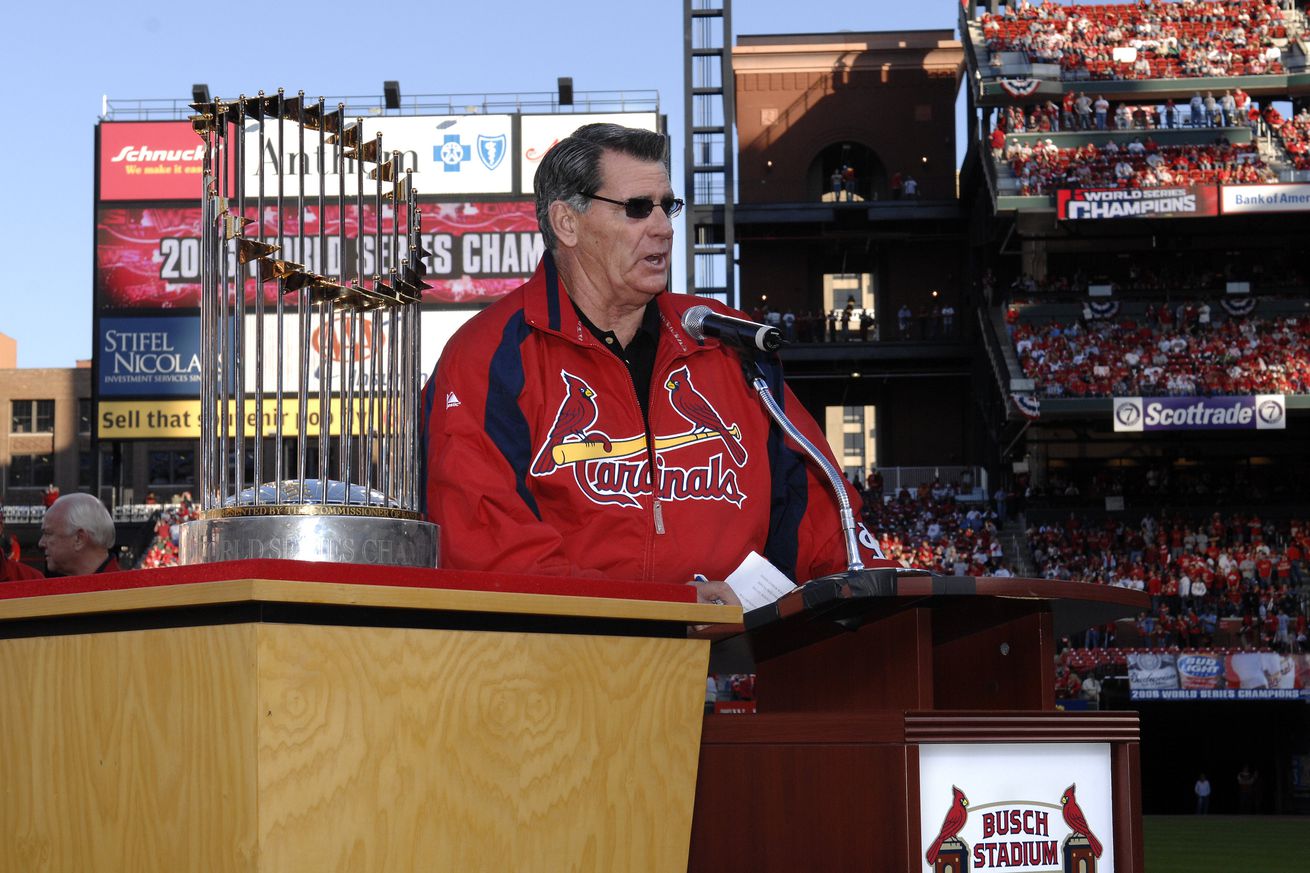 Protect Mike Shannan at all costs.

Over the course of five decades there has been one constant for Cardinals fans: Mike Shannon on the radio. You might not know exactly what is going on, but you are bound to hear something you won’t ever forget. Cardinals fans have grown accustomed to this — if you are like me you kind of enjoy it. It is part of The Experience.

As Father Time creeps up on the Moon Man, his time in the booth has diminished, though. In 2021 Shannon is set to call 50 games, all at home. It is said to be his final year in the booth. If you have listened to any spring training games he has called, you might have noticed Mike Shannon doesn’t quite sound like his normal self. Now we have been told why. Per Rick Hummel of the St. Louis Post Dispatch Shannon had spent 15 days in a hospital from late October through early November battling COVID-19. Per the Post Dispatch:

...It is a long road back for Shannon, who receives physical therapy three times a week and is working just six innings a game during spring training, a schedule that might or might not carry into his projected 50-game season (all home games) during the 2021 regular season.

‘It’s just going to take longer than I wish,’ Shannon said. ‘But I’m getting stronger.’”

Hummel goes on to explain Shannon’s condition became worse and within hours he needed to go on oxygen and was eventually induced into a coma. Shannon said the main lasting effect of the experience is his loss of energy, but there was no way he wasn’t returning for his final season in the booth. And as if knowing we would be looking for one, the article ends on great #Shannonism:

The entire article is full of great Mike Shannon quotes, which are the best quotes. Keep getting stronger, Moon Man, we are rooting for you!

what else is going on in baseball...

what the cardinals are up to...

#Cardinals announce they will have some general-public ticket sales for opening day at Busch Stadium. Season ticket holders did not sellout the home opener. Those tickets will go on sale Tuesday.

Alex Reyes has faced 17 hitters in game action this spring. Fifteen have made outs, seven by strikeout. He has not walked a batter.