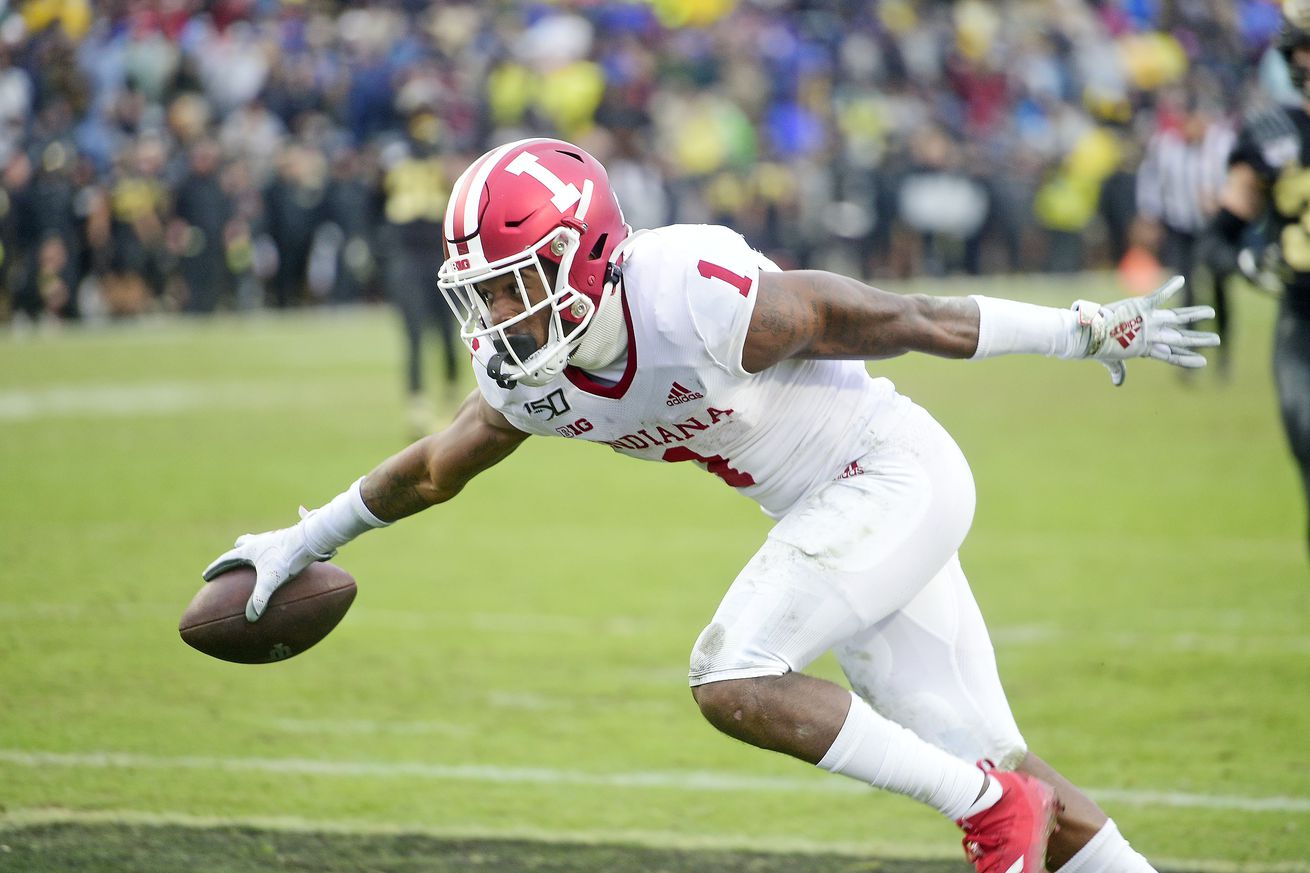 Gator Bowl: How to watch, odds, analysis and more

Game Info / How to Watch

On Thursday the Hoosiers will take the field to play a bowl game for the first time since 2017. If they win, it’ll be the program’s first bowl victory since God knows when and the exclamation point on what’s been the best year for the program in multiple decades.

IU’s opponent will be the Tennessee Volunteers, an SEC opponent that appears to be, by all measures, a fine team.

SP+ has them pegged just outside the top 30 teams in the country despite holding losses to Georgia State and BYU. Inversely their best win this year was over...uh…(checks notes)...Kentucky. That does carry more weight than it would’ve a few years go because this particular UK team is pretty good and Lynn Bowden rules. That being said, it’s pretty much their only “good” win as they got stomped by their top-tier SEC opponents and took care of business against lesser opponents like South Carolina and Vanderbilt.

Don’t expect a ton of fireworks out of the Vols offensively. They sit 75th in offensive SP+ and if you’re into Counting Stats for some reason, they average 24.2 points per game. That average is the 98th best in FBS.

Defensively, however, Tennessee is significantly better. The UT defense ranks 27th in SP+ and allows 21.7 points per game, 29th-best nationally. The strength of that group is in defending the pass. The Volunteers rank 28th in team passing defense efficiency and have picked off 14 passes as a group, tied for the 16th most in the country. Nigel Warrior is the veteran at the back for Tennessee and he’s played well enough this season. He leads the team with four interceptions, has the second most tackles with 68, and has a few Pro Football Focus weekly honors to his name.

How Indiana Can Win

We know that Tennessee can defend the pass pretty well, but their run defense isn’t quite as heralded. In beating the Vols, Georgia State didn’t move the ball terribly well through the air. What the Panthers did do was get their stable of running backs going. As a team they ran for 213 yards and three touchdowns, averaging four yards per carry on the dot and picking up 15 first downs on the ground.

To be fair, that was the first week of the season and Tennesse hadn’t exactly hit its stride yet. More recently, though, teams have still had success running the ball on the Vols.

Back in October Georgia lit up Tennessee in the run game, compiling 238 yards on 41 carries as a team and scoring a pair of touchdowns on the ground in a 43-14 win at Neyland Stadium in Knoxville. Two weeks later Alabama’s Najee Harris had himself a game when Tennessee visited Tuscaloosa. He put up 105 yards on 21 carries and scored twice. Both Harris and Georgia’s D’Andre Swift had good receiving outputs as well.

Kentucky’s offense was a bit unconventional this season in that star wide receiver Lynn Bowden was forced into duty at quarterback after a series of injuries decimated the depth chart. With that little shakeup, the Wildcats basically converted to the wildcat offense full-time as Bowden only threw the ball a handful of times and served more as a threat on the ground.

Against Tennessee, Bowden’s unit put up some pretty big numbers on the ground though it didn’t result in a win. The Cayuts ran for 302 yards on 64 carries and scored a pair of touchdowns, all while Tennessee knew that they were going to lean heavily toward the run.

IU running back Stevie Scott might not quite be Swift or Harris and he certainly isn’t cut from the same cloth as Bowden, but he, alongside Sampson James and Ronnie Walker depending on which members of the trio are available to play, should be able to have a solid day. The Hoosiers will need them to.

Defensively, the Hoosiers will have to clean things up a bit considering their performance against Purdue, in which the Boilermakers seemed to find big play after big play to keep them in the game. If IU can keep the explosives to a minimum and maybe grab a takeaway or two that should be enough.

Jennings is the most talented of the UT skill players. That seems to be a pretty mild take. Unfortunately for the Vols, he’ll miss the first half of the Gator Bowl after a sideline incident against Vanderbilt resulted in a suspension being levied by the SEC.

Once he gets on the field, however, he could be a problem for the Hoosiers. He leads Tennessee with 57 catches, 942 receiving yards, and eight touchdowns on the season and at 6-foot-3 his size could give him a bit of an edge against smaller defenders. It seems like he’s primed to make the leap to the NFL next season. Earlier this season he received some pretty heavy praise from Senior Bowl director and ESPN draft analyst Jim Nagy:

Jauan Jennings is the most uniquely talented WR in this year’s draft. Nobody has a skill-set close to his. Plays a grown man’s game. @Vol_Football https://t.co/FDCXoBR2a1

I’d expect IU to run freshman corner Tiawan Mullen at him with Reese Taylor possibly mixed in. The former has taken some of the tougher assignments throughout the year, most recently shadowing Purdue star receiver David Bell for a significant portion of the Old Oaken Bucket game.

The former four-star recruit and three-time Tennessee Mr. Football was having a respectable debut campaign in Knoxville and then he went absolutely bananas against Vanderbilt in the final game of the regular season. He ended the game with 25 carries for 246 yards and three touchdowns. That’s a little less than 10 yards per carry! A significant portion of those yards came on this breakaway run, set up by some pretty nice blocking:

Has 171 yards and two scores already in first half vs. Vandy. pic.twitter.com/y6EfPvFR5l

If IU lets him to hit a few home runs it could spell trouble as the game goes on.

Ramsey has saved #9WINDIANA time and time again this season. If he can take care of the ball on Thursday, the prophecy might just come to fruition. He was fantastic against Purdue and has seemed to get better with each passing week.

Gator Bowl: How to watch, odds, analysis and more