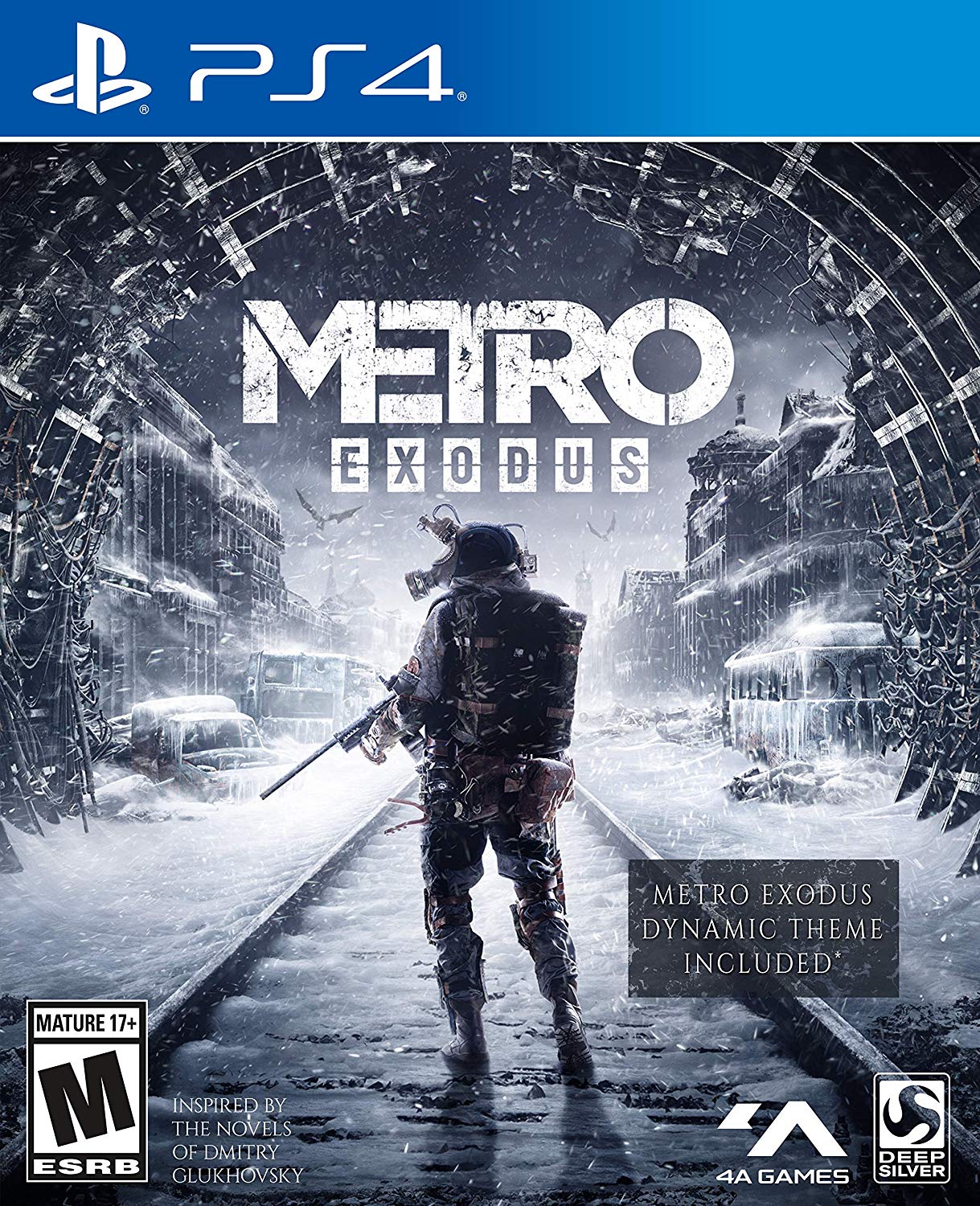 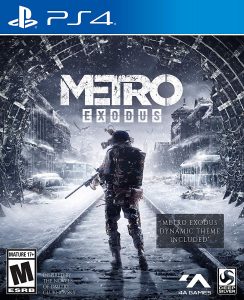 Based off the book Metro 2033 by Dmitry Glukhovsky, there have been two previous Metro games and this is the third one in the first person shooter, survival horror series. All are set in a post nuclear war wasteland, but there are a few differences here to make the story stand out from the usual post-apocalyptical pack. First off, the story is set in Russia which make us (the US) the bad guys, I guess. But that bit of info is quickly brushed over. Second, the majority of the games take place in the Moscow subway tunnels (the Metro of the title) giving things a claustrophobic feel to everything. I’ve been a fan of the Metro series from the start, so is this latest game more of the same, does it elevate the already good to great, or does it fall flat like another recent post-apocalyptic title I shall not name here? Well grab your gasmask, your Geiger counter, and your best gun and let’s find out.

Playing the previous Metro games is not mandatory to enjoy this game or get the story but if you have then you will notice that things here pick up right after the events of the last game. Our silent protagonist, Artyom, returns and he’s looking for an escape from the ever oppressive tunnels and sewers he’s lived in his entire life. But the surface is irradiated, poisonous, and full of deadly muster mutants, right? Well one day he gets a faint radio signal, followed by seeing a train in locomotion proving that somewhere out there is life. So Artyom, his wife, and some of his under-dwelling pals hope on a train and head out into the great, wide, wasted world in the search for something better. What this means is that for the first time ever in a Metro game you will be spending large chunks of the game on the surface. Further, the environment changes as you take your trip. From frozen, blasted cityscapes to arid, deserts to green forested areas. You will occasionally have to return to the underground for various reasons, and the surface isn’t truly an “open world” expanse, but they are big, beautiful, and really open up the story and world majorly. Each area feels and looks distinct and comes with their own mutants unique to that area and plenty of human NPCs that can be either friend or foe.

Other changes to the old Metro game plan is that bullets are no longer the coin of the realm, and a crazy amount of weapon modification and customization. To that end you get a handy, dandy backpack that allows you to change and mod your weapons on the fly, maximizing their effectiveness for any given situation. I thought that was really cool. The hud is very clear adding to the immersion into the game. If you want to check your position of the map then Artyom will pull up a clipboard and check the map he has on it in real time. Little touches like that I found very welcome.

Enemy AI is also better than ever where the bad guys will use tactics, take cover, call out for help, and more. The gameplay is a mix of shooting, stealth, and survival scrounging for parts and equipment. The whole thing is set in a survival horror world when you must be careful, choose your path wisely, and take your time if you want to survive feral monsters and dangerous gunmen. This is not a run and gun game although yes, you will be shooting aplenty as you do various side quests and follow the main storyline.

The graphics look wonderful and I loved just looking out across the blasted lands to take it all in. The voice acting was a mixed bag, with some characters sounding great and others coming off a bit like cardboard. If I have a complaint is that the shooting here isn’t great. It’s not bad, but the best you can say about it is that it’s serviceable. While you can mod the guns to a crazy degree, they actually feel a bit light and lack some of the punch that they should have. But as a gripe that’s admittedly a minor one.

Metro Exodus is a great game and moves the series in the right direction. The tunnel rat running is still there but the addition of the larger world is fun and just opens up the game in every way. Whether you are already a fan of the Metro games or this is your first foray into this world, I think you will love your time with this game, I did. Consider it well recommended.