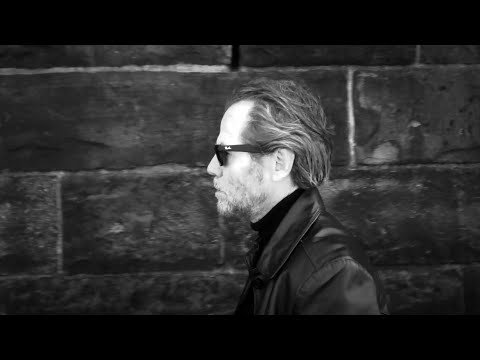 The Apartments – In and Out of the Light – Album Review

Albums from The Apartments don’t come around too often, the new one from Peter Milton Walsh and co is their sixth in a recording career which stretches back to the eighties.  For those unfamiliar, they deal in a kind of doomed, romantic balladry, drawing from classic songwriters, evoking old black and white movies.  Their songs are timeless, not wedded to any decade.  The new album is very much a mood piece, not one to put on while out and about.  It’s thoughtful, emotional music demanding you to sit, listen, and immerse.

From the opener Pocketful of Sunshine the band are on familiar territory here, with a little sunlight peeking through the melancholy as Walsh sings “you wanna start living again, if I could I’d put some blue sky in your head” over picked guitars, organ and a little woodwind.  This is about as upbeat as it gets.  The brooding Write Your Way Out of Town is built for staring out the window, with Walsh singing “hold on, that’s all I’m asking you to do” over gorgeous guitar lines.  Equally on Where You Used To Be he equally laments “there’s a hole in the world where you used to be” before suggesting “ask me about goals, you know I don’t have any, ask me about dreams, you know I got plenty of them” over a bed of stately strings.  What’s Beauty To Do? is reminiscent of The Go-Betweens, lines about how “I’d run through bullets for you” over guitar lines Robert Smith would be proud of.

If anything the second half of the album is even moodier than what has come before.  Though it was recorded pre-lockdown, Walsh singing “Lucy the world has changed” in Butterfly Kiss takes on an extra resonance, and he goes even further, suggesting “the guy I was in 2010 is a stranger to me now” backed up by downstrummed guitar and some impossibly dramatic strings and brass.  Chris Abrahams from The Necks plays piano on We Talked Through Till Dawn, creating a lament in the mould of the darker moments from No Song, No Spell, No Madrigal.  I Don’t Give A Fuck About You Anymore shows a bitterness to Walsh’s writing not usually found there over jangling guitars.  With so much beauty in the music, it’s a little jarring to hear him spitting out the lyrics, swear words and all, conveying all the pain and anger of some kind of betrayal.  They do a closing track better than most.  More piano introduces The Fading Light, six minutes of exquisite regret that any of your bedsit bards (Cohen, Morrissey etc) would be proud of, with all the instruments coalescing in a kind of glorious misery.

2015’s No Song, No Spell, No Madrigal was a really excellent collection of songs and this one as equally as strong.  Without doubt, this album won’t be for everyone, some will find it too downbeat.  There’s so much raw feeling in these eight songs, which will make it difficult for the uninitiated.  If you like a good wallow (and I do), this will need to be at your side for the months to come.  Set the controls for slow, sitting quietly and silence.

Track List:
1. Pocketful of Sunshine
2. Write Your Way Out of Town
3. Where You Used To Be
4. What’s Beauty To Do?
5. Butterfly Kiss
6. We Talked Through Till Dawn
7. I Don’t Give A Fuck About You Anymore
8. The Fading Light

What’s Beauty To Do?

The Apartments – In and Out of the Light – Album Review