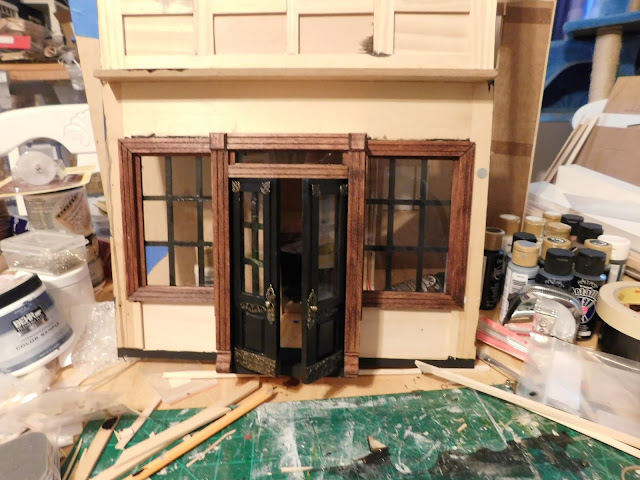 This weekend I was supposed to get a package from Shapeways.  It had stuff for the Downtown Loft so I decided I'd work on that Sunday.

Saturday I finished up the trim on the front of the shop windows. 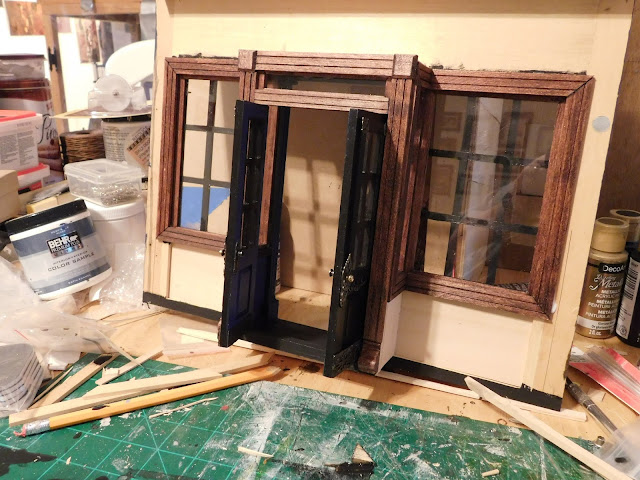 I took the doors out and sanded down the edges of the kickplates and now they open completely which I like.

Then I decided to give the front of the shop some aging. 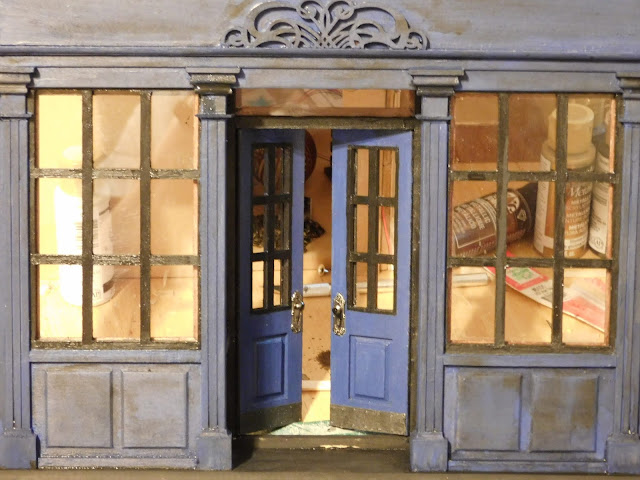 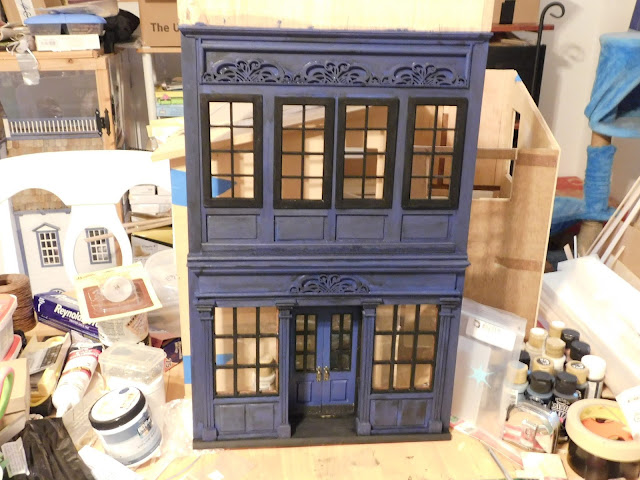 The black is still a little heavy in places so I'll water it down a bit but overall I like the look.  The blue on the front of the doors pops a bit more.

I decided to start adding the wallpaper afterwards.  I'm going to put brick on the outside, so I'll end up routing some channels into the wood and putting the brick over them.  If I'm really ambitious I'll make some sliding panels so I can get at the wiring afterwards. 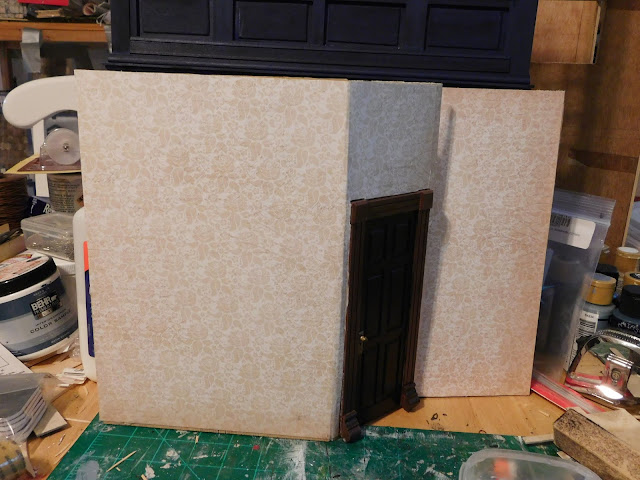 I did a test fit of the walls and the stairs to see how they'd look.  So far so good. 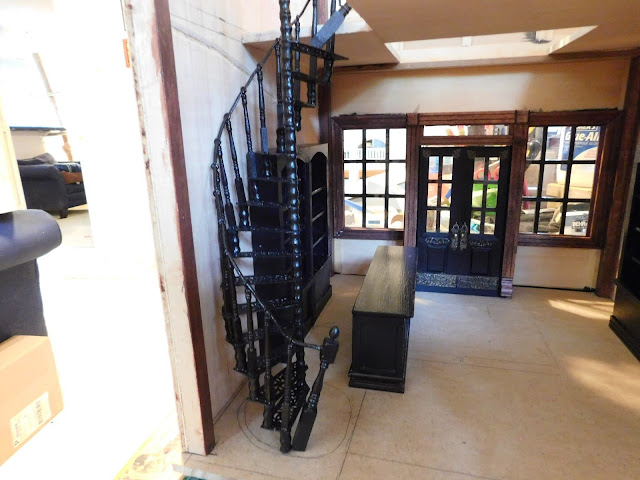 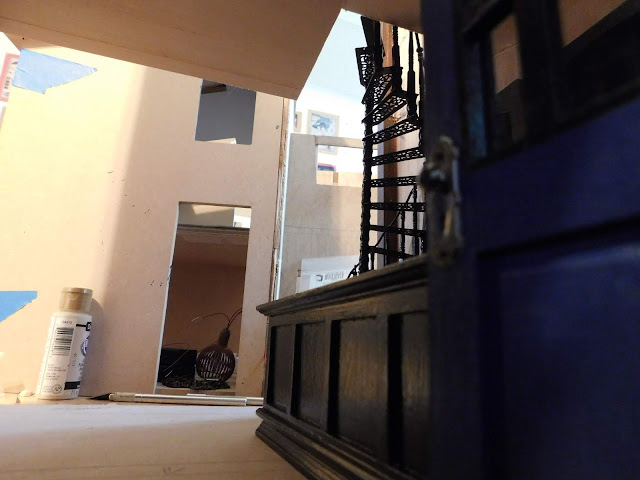 A few from the front doors.

By the end of the day the package from Shapeways hadn't arrived so I decided to keep going with the wallpaper in the shop. 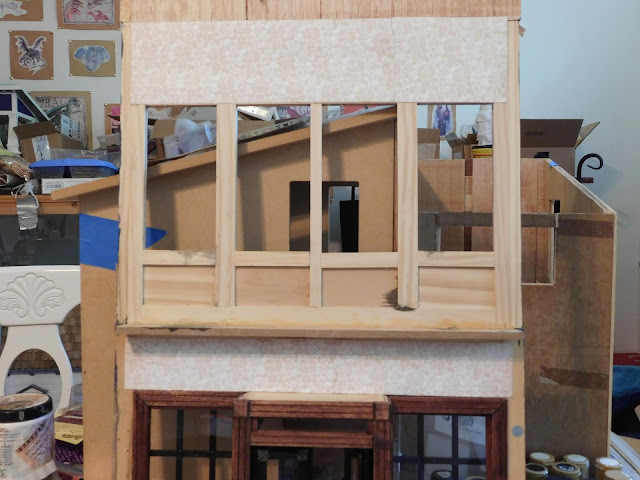 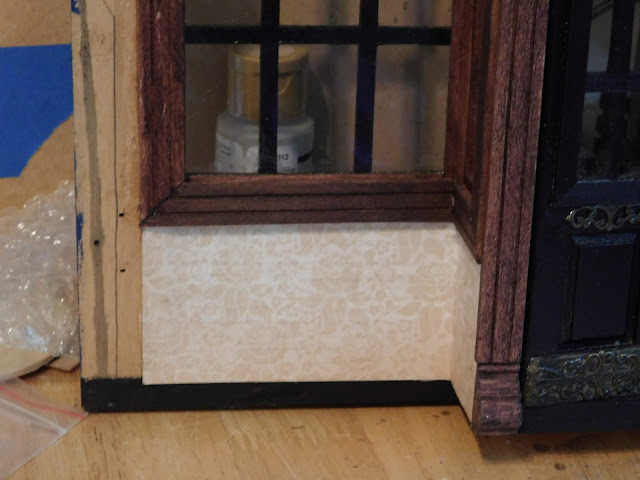 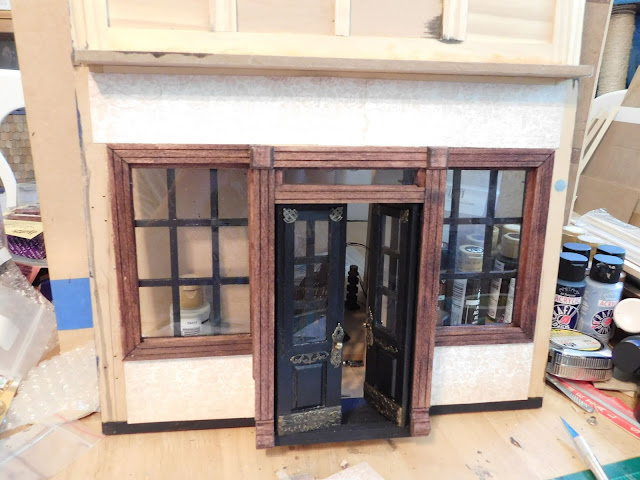 I also added some wood and metal moldings to the ceilings.  The metal I primed with gesso so I can paint it a creamy white to look like plaster. 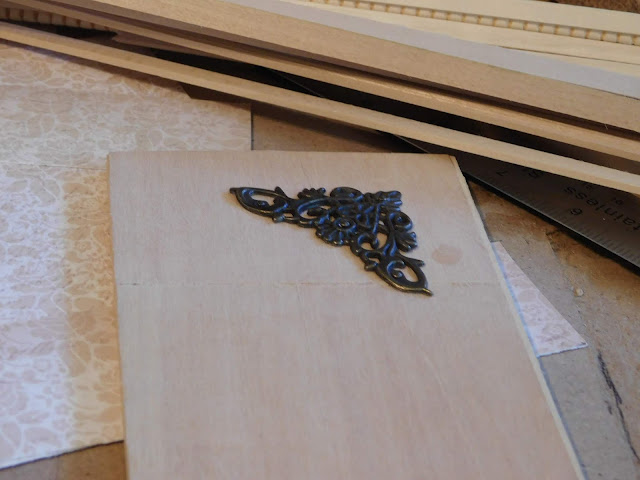 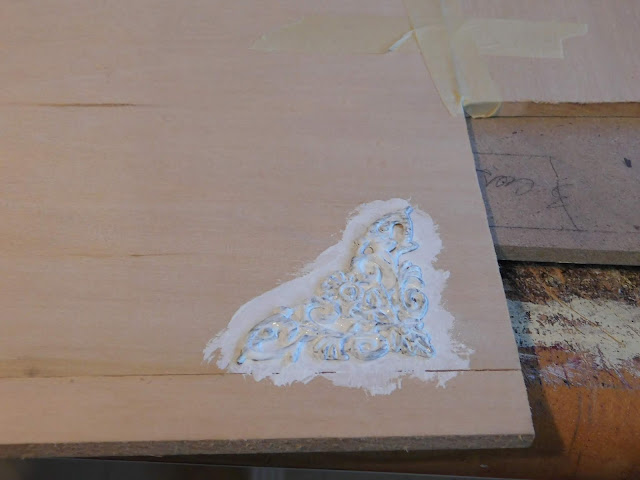 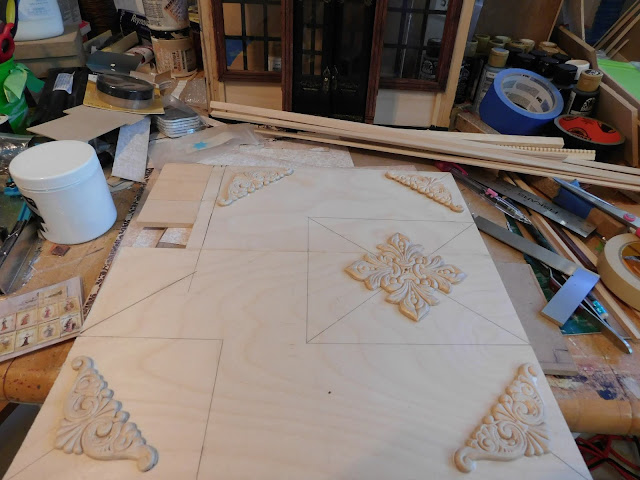 I went through all my trim so I could figure out what to use for crown molding.  And then I gathered up all my books that I have so far.  Some I've bought, some I took from the Gothic Victorian's library, and some I've made.

I need about three times this many. 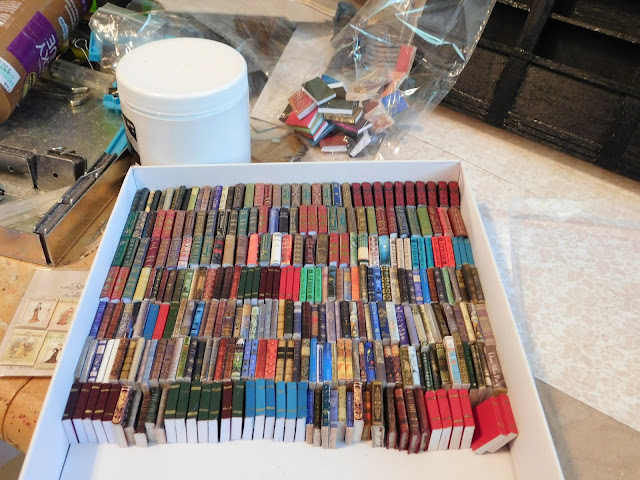 I might need to start making some books during the week.

Hopefully the Shapeways package will arrive this week and I can mess around with the Loft this coming weekend.