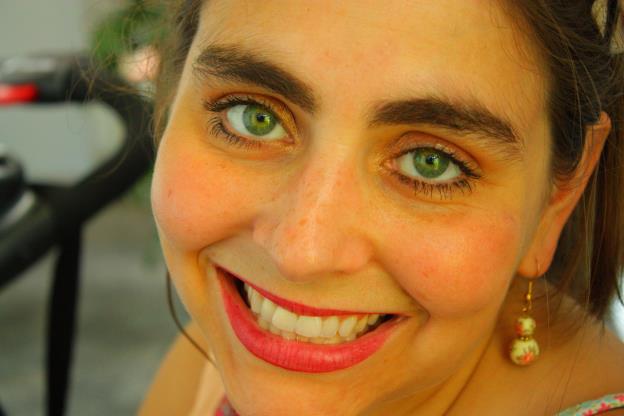 Welcome to the New Year by Natalie Weaver

Welcome to the New Year.

One year ago, on New Year’s eve, I buried my father’s ashes.  It was an incredible experience to orchestrate the funeral and burial of the man who begat me.  He was nowhere near a Hallmark greeting card kind of father.  He was complicated and difficult in ways both minor and severe.  Yet, this was the man I called “Dad,” and I was left to deal with the baggage of his life.  I cried in a way I had not cried before and felt a kind of sadness that, when given over to, seemed fathomless.  There is no real answer to grief like that.  I decided that one must just confront it or become it or traverse it.  And, there were things to do, practical things, such as repurposing clothes and rehoming cats, for which no one, I believe, could ever be totally prepared. I did not resent what I had to do; I just did it.  These things were hard for me.

Yet, despite the pain, something in that loss was deeply freeing.  There was no progenitor in the person of my father to come before me now, so there was suddenly no sense (however falsely constructed it may have been to begin with) that someone stood between me and whatever it is that was and is coming at me.  There is no longer even the false perception of a windbreaker, no frontline, no wise man, no one to shield, no guide.  There is just a naked sense of myself in the world, and though others surely came before me and stand around me now, on an existential level, I am not answering to him any longer.

My love, which I enacted for him as well as felt, is unaffected by this reality.  It just is, just as it is when one breathes in air that shocks the lungs and nasal passages.  I realized in losing him that these changes come to us, whether we seek them or not.  As the old saying goes, “Omnia mutantur nos et mutamur in illis.”  It is not a fearsome thing; it is not even a thing at all.  It is merely the process of being, and what I have learned this year is that embracing the nature of process is manifestly liberating. The problem of pain, which I had heretofore (I guess) placed outside myself as linked to conditions in the world, became more obviously an intrinsic matter of self and perception. The challenges of the year, then, became less emotionally fretted and more challenges after the manner of putting together an intricate puzzle with a thousand small pieces.

There are so many things in the world that indeed trouble me, as they trouble every one of us, but they are softened at the edges in relative perspective to myself, my power of influence, and my limitations.  The conflict between the utopia I can imagine and the dystopia that is injustice and creaturely fragility; the lies of the churches and governments; the misfit between generosity and experiences of greed; the crisis of egos; the pain in the sick parts of my body – all of these things cannot be denied.  Yet, I look outside and see deer tracks in the snow and twigs articulated and amplified by sheathes of ice, and it is a perfect moment unto itself.  It is very fitting and sufficient that I am a mere observer, and have no part to play in that particular scene other than to nod in appreciation.

I look forward to coming year with a great deal of hope.  My hope is not for resolution or success, although I hope to be successful in what I resolve.  It is not about goals for myself or for others, although I have set a few.  My hope is buoyed by my burgeoning understanding that all I can contribute, some of the time, is my compassion.  My hope is encouraged by my insight that I have a world yet to pray for and for which to be grateful.  And, my hope is boundless because occasions for compassion and gratitude will simply not be exhausted.

It is a good life, and it is good to celebrate its cycles and renewals.  May it be a blessed 2020 for all.

Natalie Kertes Weaver, Ph.D., is Chair and Professor of Religious Studies at Ursuline College in Pepper Pike, Ohio. Natalie’s academic books include: Marriage and Family: A Christian Theological Foundation (Anselm, 2009); Christian Thought and Practice: A Primer (Anselm, 2012); and The Theology of Suffering and Death: An Introduction for Caregivers (Routledge, 2013). Natalie’s most recent book is Made in the Image of God: Intersex and the Revisioning of Theological Anthropology (Wipf & Stock, 2014).  Natalie has also authored two art books: Interior Design: Rooms of a Half-Life and Baby’s First Latin.  Natalie’s areas of interest and expertise include: feminist theology; theology of suffering; theology of the family; religion and violence; and (inter)sex and theology.  Natalie is a married mother of two sons, Valentine and Nathan.  For pleasure, Natalie studies classical Hebrew, poetry, piano, and voice.

Welcome to the New Year by Natalie Weaver