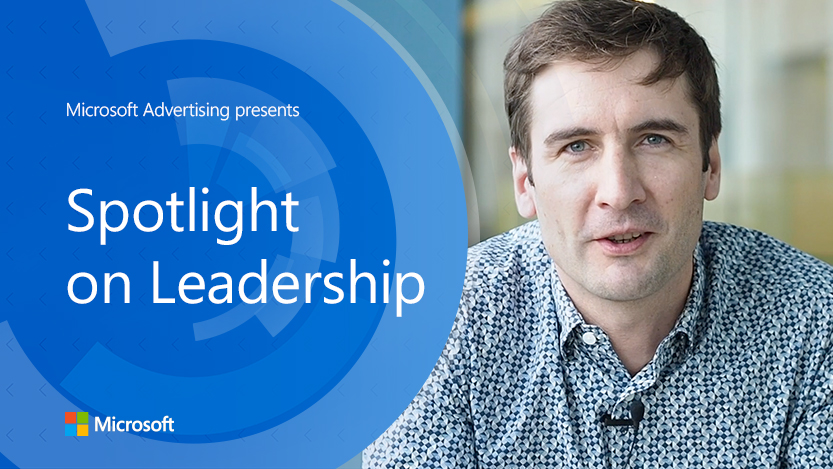 While some consider diversity to be the industry buzzword of the moment, for Gregory Ollivier it has a very personal meaning.

“I think I bring a different point of view,” he says of his unique skillset. “Because I have lived in all different parts of the globe, I think I can bring a good perspective on the ways to run a business and how to take into account others’ opinions. For me, diversity is super important and I always bring that to the team and to our business.” Inclusivity is also something Gregory takes very seriously, adding that it’s another major leadership lesson he has learned along the way, especially while living in a variety of countries. “I came to realise it’s very, very important to have a set-up in a team or business where everybody feels empowered to share their opinions. I believe it’s my role as a leader to foster that environment. I know some people are really keen to share their opinions while other people are less keen to do so, but it’s about making sure that everybody can speak up if they choose to. The more perspectives we have, the stronger we are as a team and a business.”

Gregory claims that it’s just as important not to make assumptions when it comes to collaborating within a group–really listening to your colleagues and always asking for advice when needed is the key to a thriving team, and in turn, a successful company. Likewise, understanding customers and living up to their expectations is just as essential. “My team are obviously on the frontline and it’s my job to understand how I can help them. Even though I’ve been working in this company for a while, I’m going to continue learning a lot from them. With that being said, there are two groups who are very important to me–the other one is the customers. In taking on this role, I’ve just started to interact with customers and understand them to get a feel for their needs, which is key for me in order to grow their business.”

Which is where intuition comes into it, too. “I am a very rational guy who makes decisions based on data–I love data!” he says. “But as a leader, the best piece of advice I was ever given was to follow my intuition. As much as I know that data is important, I’ve also come to realise that I’m human and I think following your intuition is very important. It was advice given to me three or four years ago by one of my mentors who is actually a Microsoft Advertising VP now. She has been leading our corporate sales business for quite some time and when she said that, it was very inspiring. She said to me ‘follow your intuition too’ and it just really resonated with me. You can be very data-driven but sometimes intuition lets you see something new.

In fact, Gregory believes that data represents both an opportunity and a challenge for the advertising industry today, particularly when it comes to leveraging information and connecting it in a way that paints a complete picture. “On the one hand, you have marketing data, then there’s data coming from CRM, data coming from your operation system and also data coming from your financial system – and they don’t always connect with each other. I think the biggest opportunity is really around how we can find ways to bring all this data together and enrich it so that we get powerful insights out of it. This could really influence the way we talk to our customers and the type of messages we can optimise in order to make our products and services better. I think Microsoft can really help customers here, like with the Open Data Initiative which is basically building an infrastructure where you can bring all your data, consolidate it and enrich it. So it’s all about getting very powerful insights thanks to AI capabilities.”

Having worked in the music industry prior to joining Microsoft France in 2005, Gregory says he can pinpoint the day he realised the internet was going to change just about every industry there is. “I remember in the late ‘90s and early 2000s when Napster started to really kick off. I was working at an independent label and I remember the day I saw Napster on my computer and I was like, ‘Oh my god, I can see everything there!’. I quickly understood that the business I was working in was basically dying already. I decided to move into the start-up ecosystem in France and got into digital, which eventually turned into search. In those days, Google had just started and it was a very small search engine. During that time I worked at an independent agency until the day Microsoft decided to go into the search business and picked France and Singapore as pilots. I joined the first sales team in the Microsoft search business–that was 14 years ago.”

Since then, Microsoft has taken him all around the world–from Australia to the United States. Sydney, in particular, was an eye-opener for Gregory while he headed up Microsoft’s APAC Corporate business. “I really enjoyed that experience because I learned so much about the place,” he recalls. “It’s just a fascinating region when you look at the mobile and internet usage. It’s crazy. Because I’ve been working in different parts of the globe, I pride myself on being pretty well-connected within the organisation–I’ve built significant networks across sales, marketing and operational engineering. My perspective on working with teams has been influenced by that. I first learned that we each have our own role to play in a group environment when I was younger. I come from a family of eight kids, but even still, my mum didn’t want to stop working. So each of us kids had a role at the house so that when mum came home from work late, the dinner would be ready, the table set, the homework done and we could just have a nice dinner and discussion. It’s something that’s stuck with me and has helped me quite a lot when working with my team. It’s definitely something that’s defined me."