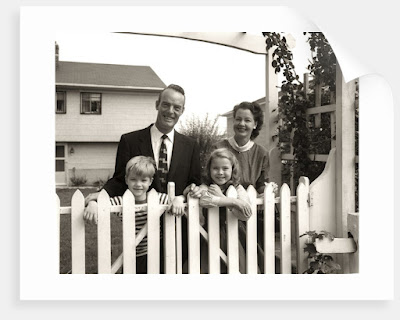 Old Maps and New Territories: Why is the Anglosphere stuck in 1958 on the Verge of 2022?

On the eve of 2022, it moves us to ask this urgent question: why are so many men still using outmoded information to navigate gender relations? Although most Anglocunts are either chasing tattooed thugs or angling for some Blue-Pilled beta to marry before running into the Wall, most Anglo-American males still worship them as secular deities.

Answering this question necessarily involves addressing the whole of Anglo-American culture, of which gender-relations form but a small part. Such a timely appraisal will reveal that the same outmoded values govern politics, the media and law: a temporal false consciousness strongly akin to Sexual False Consciousness, which I will here call ‘1958 False Consciousness’. The ridiculous 'War on Drugs' is a good example, despite law enforcement knowing it to be a costly and abject failure.

There is more. In the Anglosphere, the most urgent issues are ignored while politicians and the media fixate on issues that are decades out of date (or just completely irrelevant, like 'trafficking'). While I do not rate Bernie Sanders’ policies, he deserves great creditfor pointing out that most poor Americans do not vote at all. No mainstream American politician discussed this ‘elephant in the room’ until he did. In fact, Anglo-American politics itself is a ludicrous relic: electoral colleges, ballot boxes, wooden rhetoric and doddering politicians still fighting the Cold War. Meanwhile, the real issues - including mass male sexual disenfranchisement, institutional misandry, male suicide rates and the declining value of college education - are completely sidelined. In sum, the prevailing wisdom on most things in the Anglosphere is old and outmoded, if not completely useless.

On the cusp of 2022, we need to know how and why this ridiculous situation arose. Here are a few suggestions:

The Boomer domination of mainstream media, politics and the cultural life is beginning to decline as they die off, yet remains a powerful force. For example, the Boomer assumption that attending collegeautomatically confers 'middle class' status still governs mainstream discourse. Boomer assumptions still govern gender-relations, too; the lame Tradcuck canards that snotty Anglocunts are ‘oppressed’ or attracted to physics professors being good examples. Supposedly 'cutting-edge' commentators like Aaron Cleary and Jordan Peterson are essentially Tradcuck Boomers, in all but name. Peterson’s views are worthless to sub-8 men in the 21st century, yet he enjoys vast popularity as a ‘revolutionary’ thinker. Meanwhile, LMS and myself are marginalised figures even within the manosphere.

It is fair to say that the Manosphere arose to fill the vacuum between the reality of life for sub-8 men and the Blue-Pilled Boomer rhetoric that still dominates films, TV shows and pop music. Indeed, the Anglosphere’s strident ‘All women are victims!’ agenda is a fifties relic; given that they are now shown preferential treatment in every sphere of life.

Some of the Anglo-American aversion to realityarises from legacy puritanism and its reflexive tendency to suppress ‘unpleasant’ features of human nature; hence the hysterical and dysfunctional 'zero tolerance' policies concerning drugs and prostitution in the USA. By contrast, the Hispanic world is comfortable with both diversions. Similarly, the Anglo authorities would rather dismiss the issue of mass male sexlessness than accept the 'unpleasant' reality of human sexual needs. Unfortunately for them, reality cannot be banished indefinitely.

The post-war era, especially the period from 1958 to 1975, was an anomaly in economic terms. Because of its relative peace, prosperity and cultural significance, it has become a permanent lifestyle template for the Anglosphere (and indeed, the West in general). This is why the post-war era continues to ‘haunt’ the Anglosphere as an ideal, preventing rational appraisal of the present in many different spheres: education, law enforcement, politics and (above all) gender relations. Putting it bluntly, many people find wallowing in a half-mythical past far preferable to confronting (or even acknowledging) urgent contemporary problems.

Because of its distinctive colonial history, laissez faireeconomics and ingrained homosociality, different classes, races, generations and sexes share few common experiences in the Anglosphere countries. Clearly, this conflicted situation will never promote objective appraisal of reality; consider how upper-middle class white Boomer politicians remain stuck in the 1950s, completely unaware of anyone else or their experiences. Similarly, homosocial academic feminists harbour distorted views about non-white or sub-8 men as 'privileged', since they never meet any. The Anglosphere's black urban underclass lives in an insular world of rap music, bogus aspirations and drive-by shootings, as if nothing else existed. Such atomised societies can never develop common arenas of discourse, the true engines of socio-cultural development. Inevitably, this results in a kind of existential inertia with no capacity to adapt or improve.

For all the reasons outlined above (and doubtless many more), Anglo-American civilisation is trapped in a prison of outmoded information. As individuals, Anglo-American men are also applying outmoded information to their own lives; in sum, trying to navigate the twenty-first century with social and mental maps from the mid-twentieth century. This is potentially disastrous, given the reflexive misandry of the modern Anglosphere; a good analogy would be a modern traveller using a map of the Roman Empire to navigate around Europe and North Africa.

So here is the great lesson of this timely post: the Blue Pill in all its forms is a redundant map that no longer reflects reality. This is why those who follow it are invariably failures: Incel Tears are sexless Simps in denial; Blue Knights are blue-balled losers trapped in the cloying fog of Sexual False Consciousness; and PUAs are regularly fined (or arrested) for 'sexual harassment' (the feminist legal term for 'cold approach'). In sum, these Blue and Red Pilled clowns are trying to navigate the 21st century with maps drawn in 1958-1975: surely the road to nowhere, if ever there was one.

However, the converse must also be true: if the Black and Crimson Pills are accurate maps of reality, surely they ought to confer success instead of failure?

As John Smith says, the Crimson-Pilled man is primed to maximise his situation: he improves what he can while accepting his unchangeable limitations. After all, a sub-8 male kidding himself that 'looks or ethnicity don't matter' is on the royal road to failure. However, if he focuses on careers based on brain power and diligence alone (computing, engineering, finance, medicine) his life-chances improve exponentially. Similarly, a sub-8 male in misandrist North America should not waste his time pursuing hyper-hypergamous, racist Anglo women; far better to relocate to regions where gender-relations are more congenial (Latin American, Western Europe, Scandinavia, South East Asia).

In sum, the Crimson-Pill's skilful balance of self-improvement and objectivity guarantees personal success, within viable limits. In the 21st century, use a 21st century map; while the 1958 map looks nice, it no longer delivers.

Old Maps and New Territories: Why is the Anglosphere stuck in 1958 on the Verge of 2022?