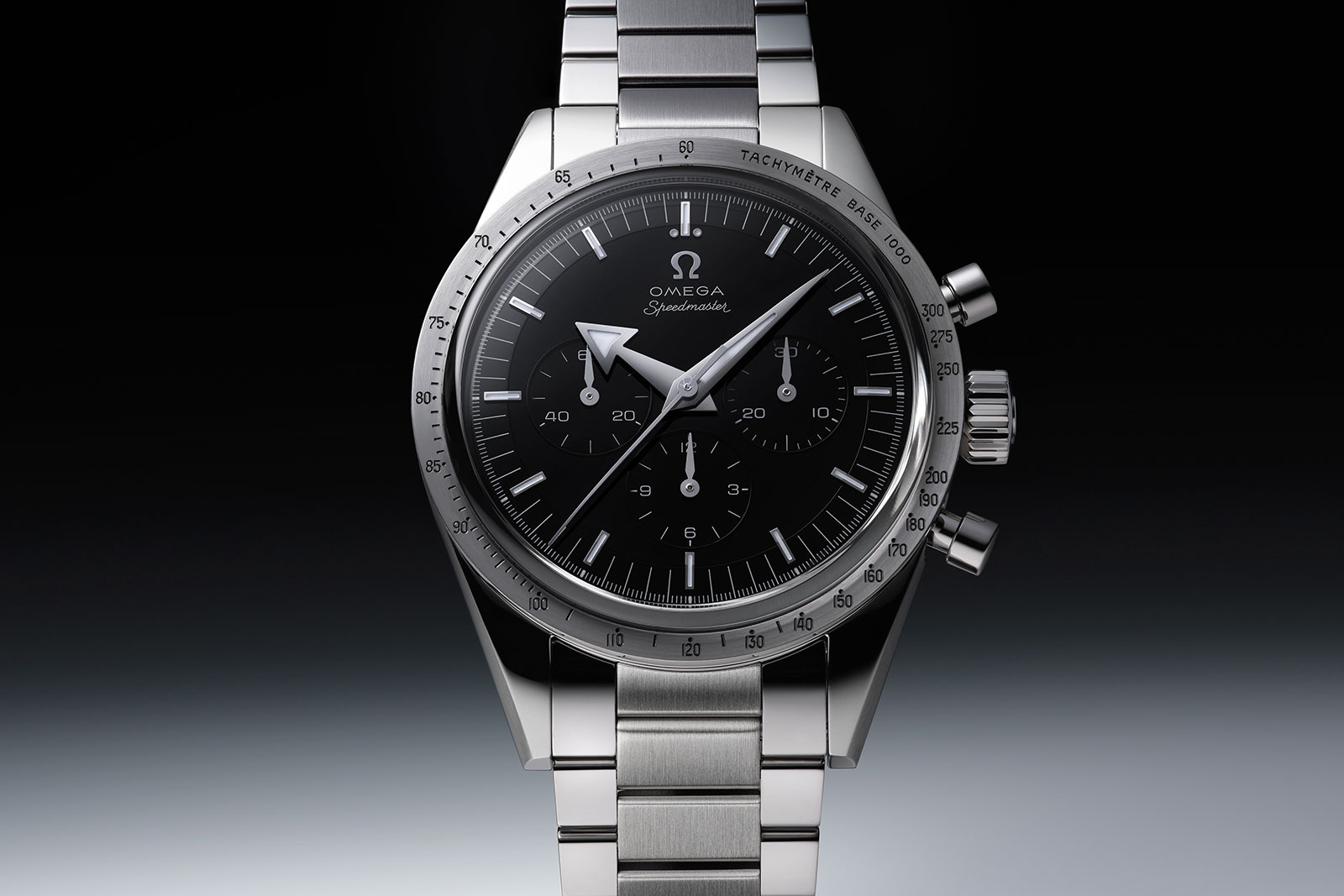 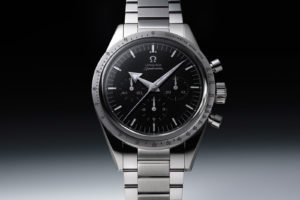 Omega’s opening act for the year is a splendid reinterpretation of the first-ever Speedmaster, the ref. 2915-1 of 1957. More accurately, it’s a splendidly luxurious take on the vintage original.

The Speedmaster Calibre 321 in Canopus Gold is equipped with (almost) the same movement as the ref. 2915, and retains the same dimensions – but it’s entirely in Omega’s proprietary white gold alloy and enhanced with extras like an onyx dial and enamelled tachymeter scale. 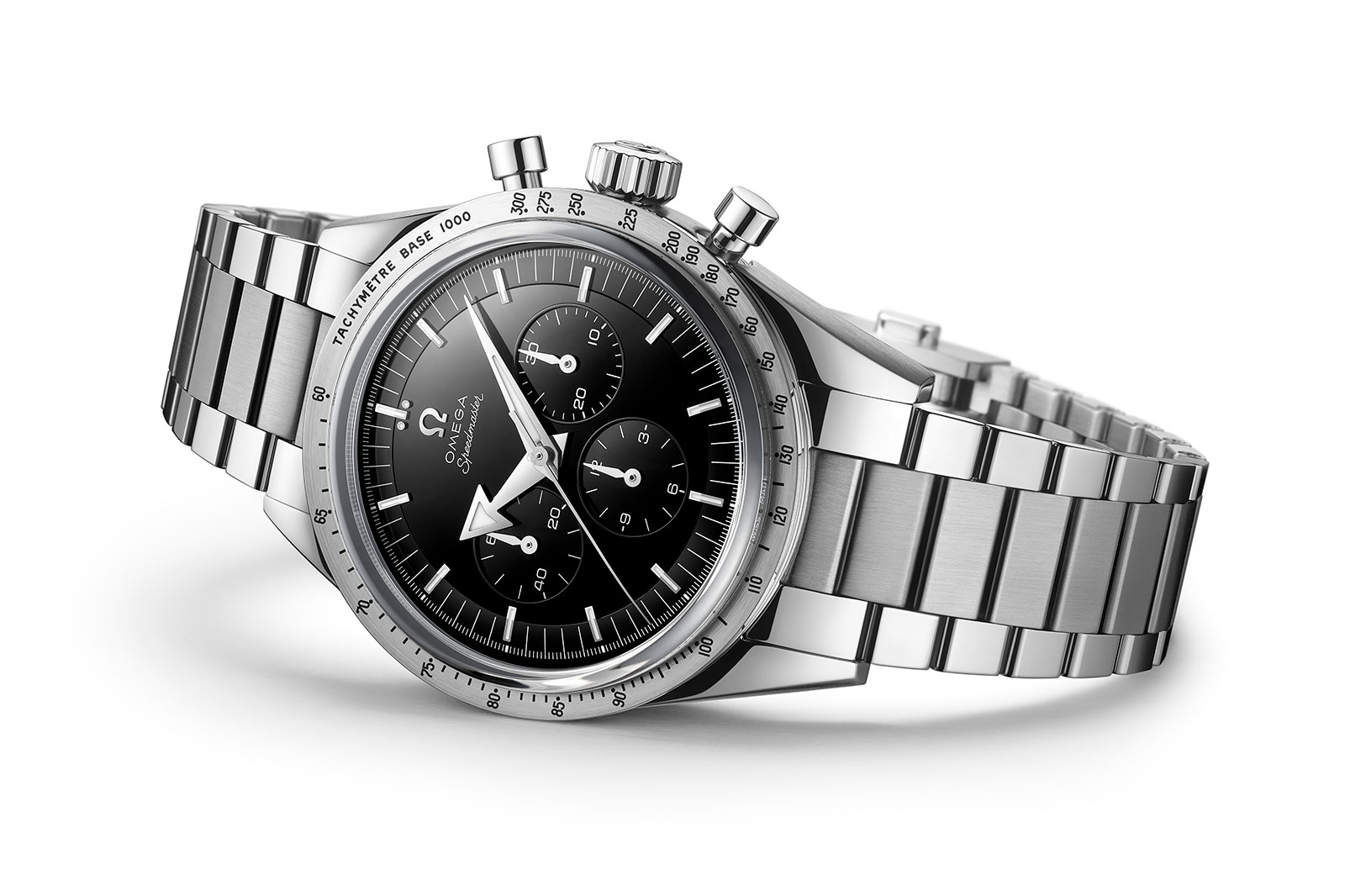 Omega is starting 2022 in a big way with a heavyweight timepiece that perfectly encapsulate the brand’s historical greatness – which naturally means a Speedmaster. And it’s not just any Speedmaster, but arguably the ultimate iteration of the Moon Watch: the cal. 321 in a CK2915-1 case.

The result is a watch that seems straight out of 1957 at a glance, but one that’s definitely heftier and shinier up close. 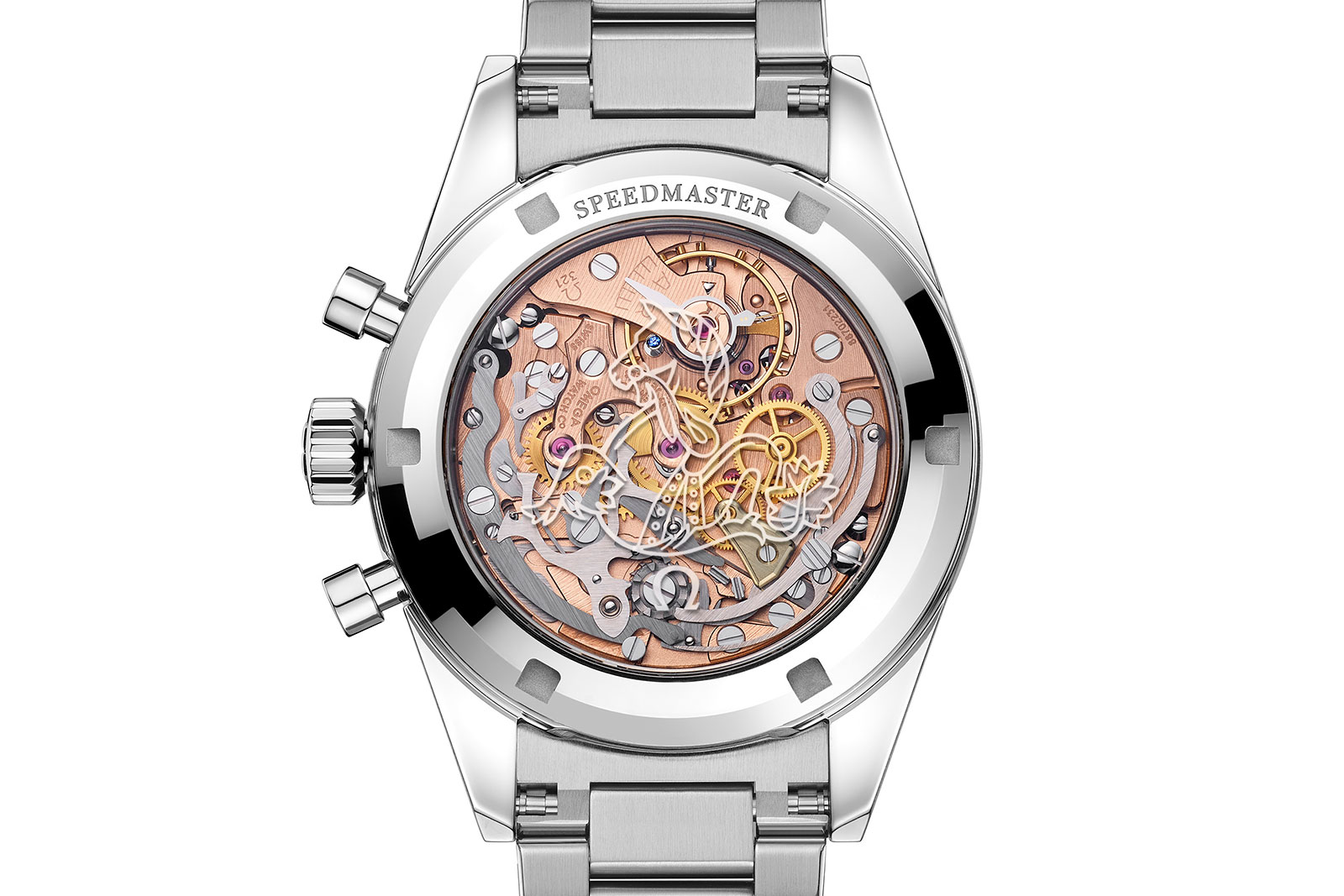 The new Speedmaster does a good job at evoking a perfectly preserved example from the 1950s, thanks to clean dial that avoids faux patina. The purely modern aesthetic makes sense, since it gives the watch its own identity and clearly distinguishes it from the vintage originals and later remakes, most notably the 1957 Trilogy Speedmaster released in 2017 for the 60th anniversary of the model. 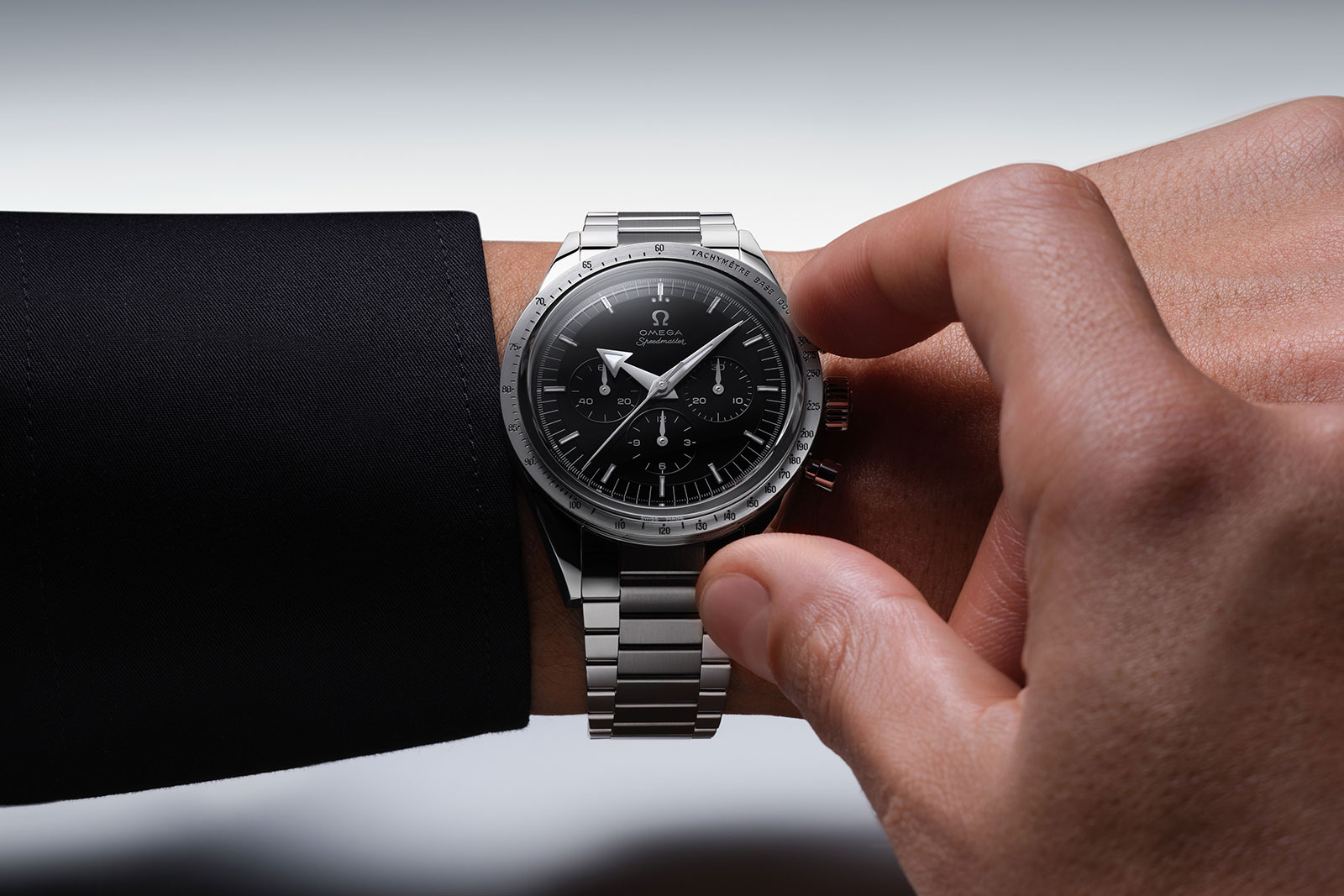 That said, the new Speedmaster isn’t particularly creative – it does feel a little like yet another Speedmaster – since it is essentially a combination of elements from various current Speedmasters but elevated with top-of-the-line materials.

Still, it is highly attractive – and equally expensive at US$81,000 (though it’s a bargain compared to the vintage original, one of which recently sold for over US$3 million at Phillips). The price is arguably justified for a chronograph with these attributes, namely the gold case and bracelet as well as the cal. 321, but it is expensive for a Speedmaster. 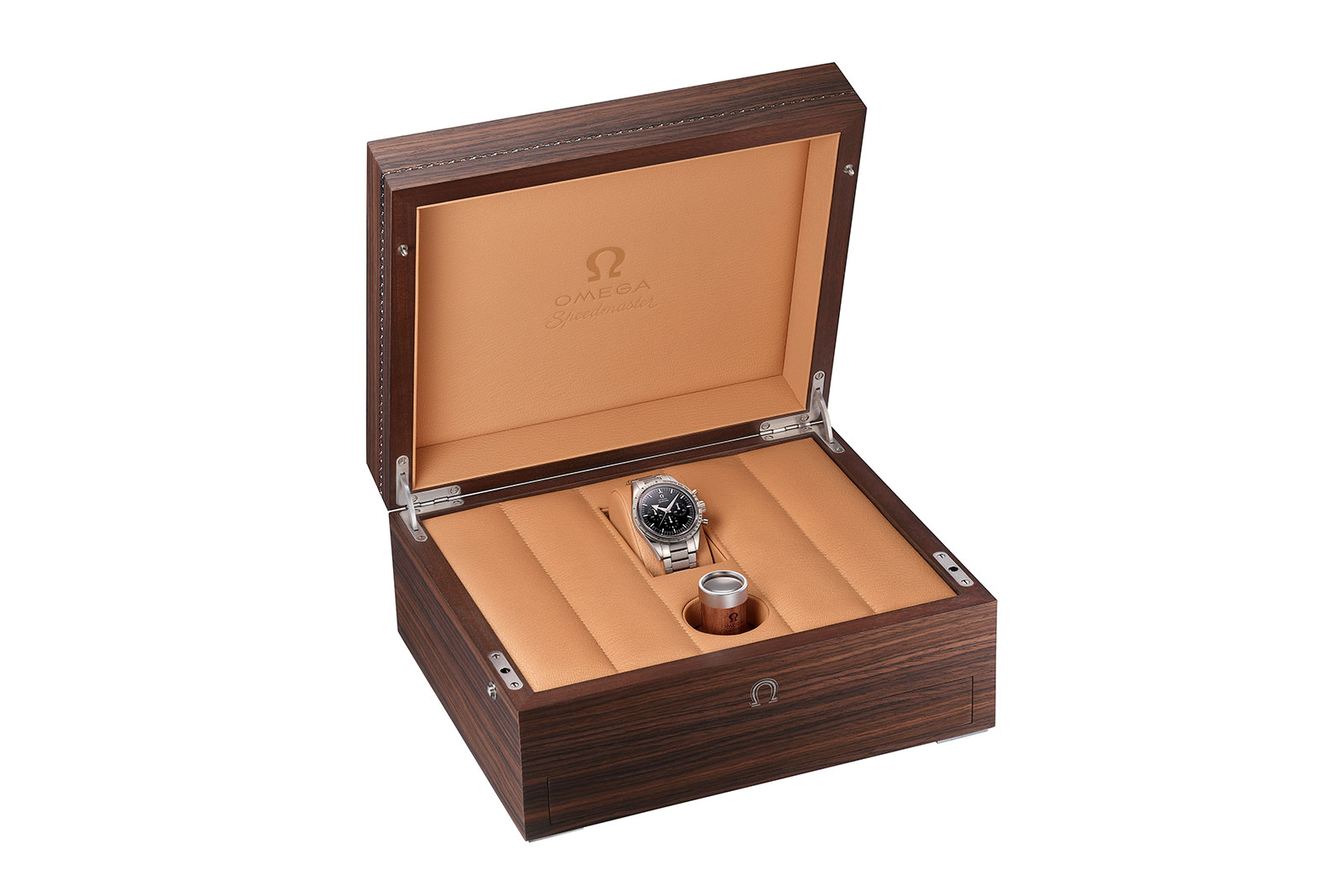 While black dials are common on sports chronographs – it’s the de facto Speedmaster dial colour – Omega has given this a more lustrous shade of black with a dial made of polished onyx, a mineral stone that has a deep, glossy sheen. Add to that the polished hands and indices of solid white gold, the dial appears strikingly luxurious. 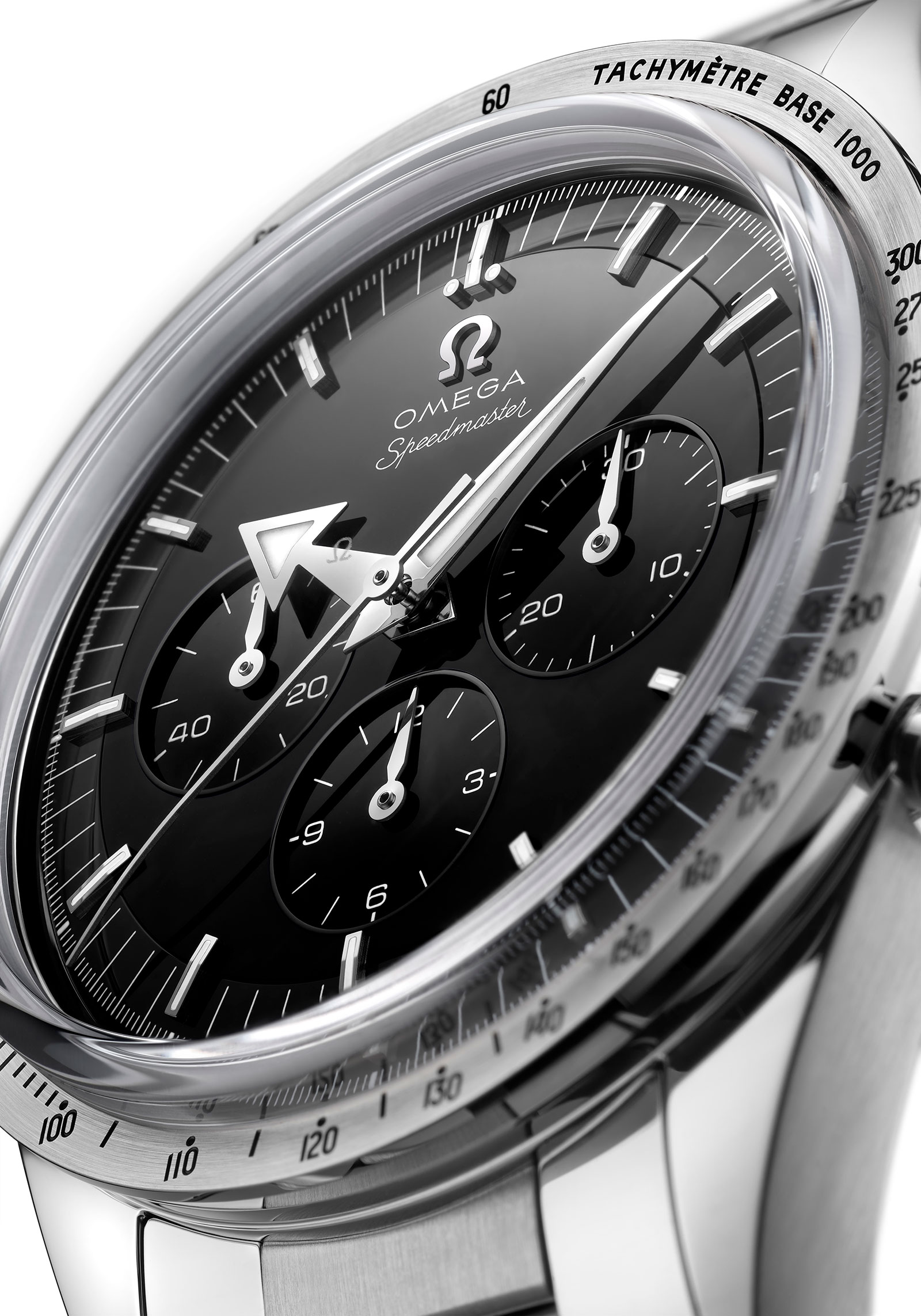 The printing on the dial appears notably fine, giving it good resemblance to the vintage original

Despite being a faithful reinterpretation of the vintage ref. 2915-1, the latest Speedmaster is a modern watch. It is the third contemporary model to house the revived cal. 321, after the uber-expensive platinum variant and the “Ed White” in steel. 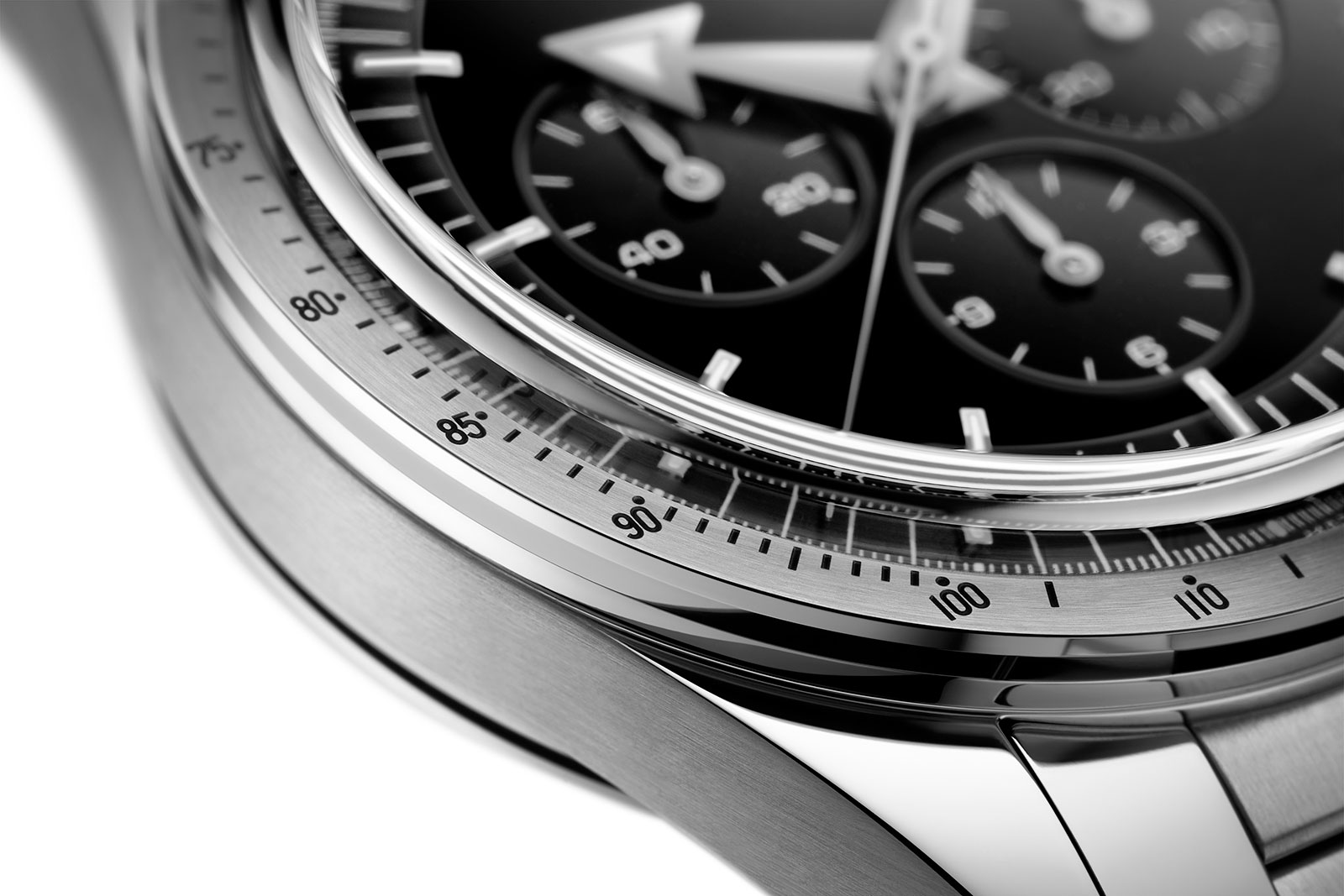 The markings on the bezel are filled with Grand Feu enamel

But the movement sits under a Speedmaster seahorse emblem printed on the underside of the crystal, which does seem unsightly up close, though it blends into the intricate mechanics from afar. 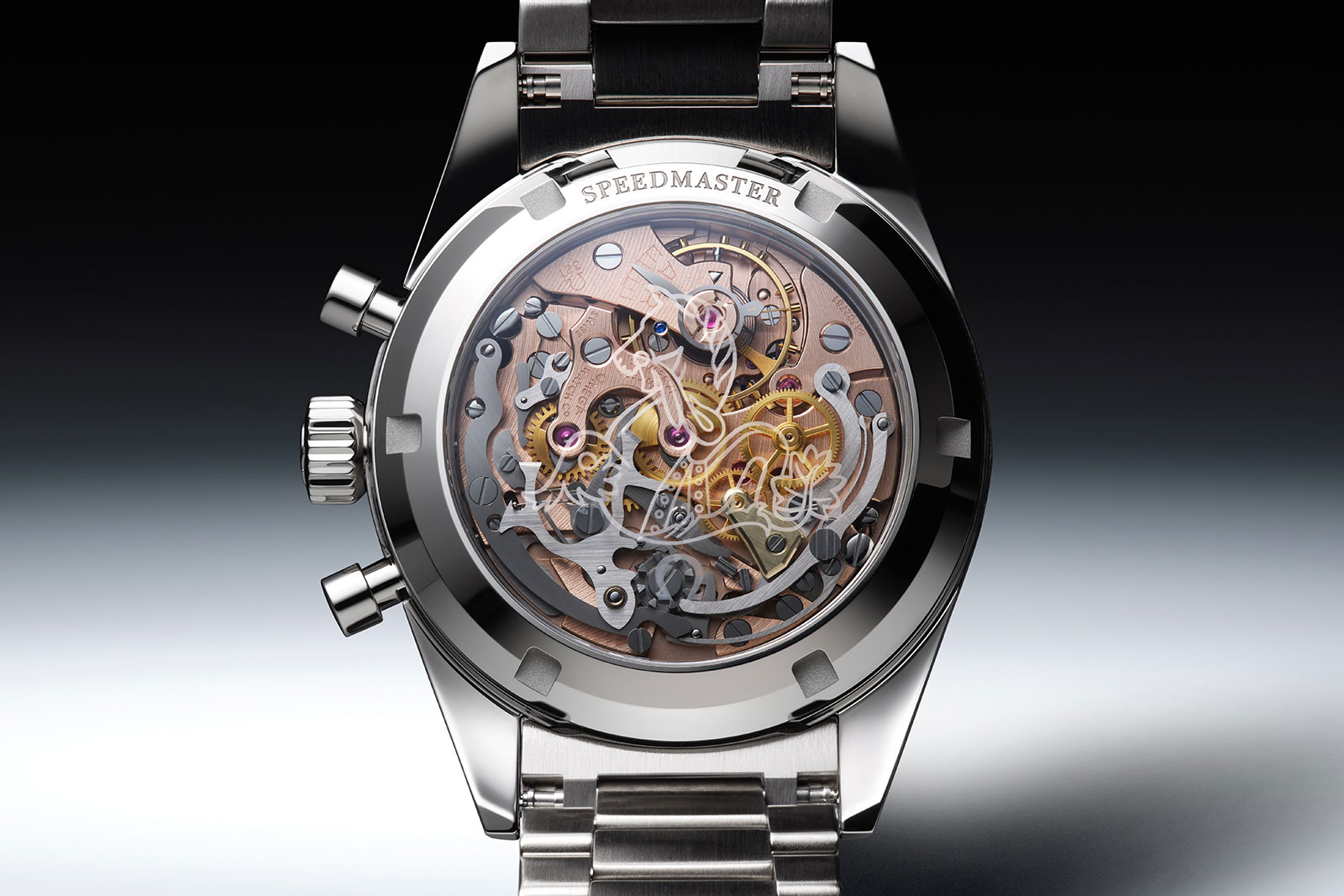 Another detail enthusiasts will appreciate is the robustly constructed bracelet – made even heftier in Canopus gold – which has solidity lacking on the vintage original that relied on a bracelet made of stamped metal.

At the same time, the clasp is equipped with a quick-adjustment system that allows for better fit, a feature missing on most other Speedmaster bracelets. 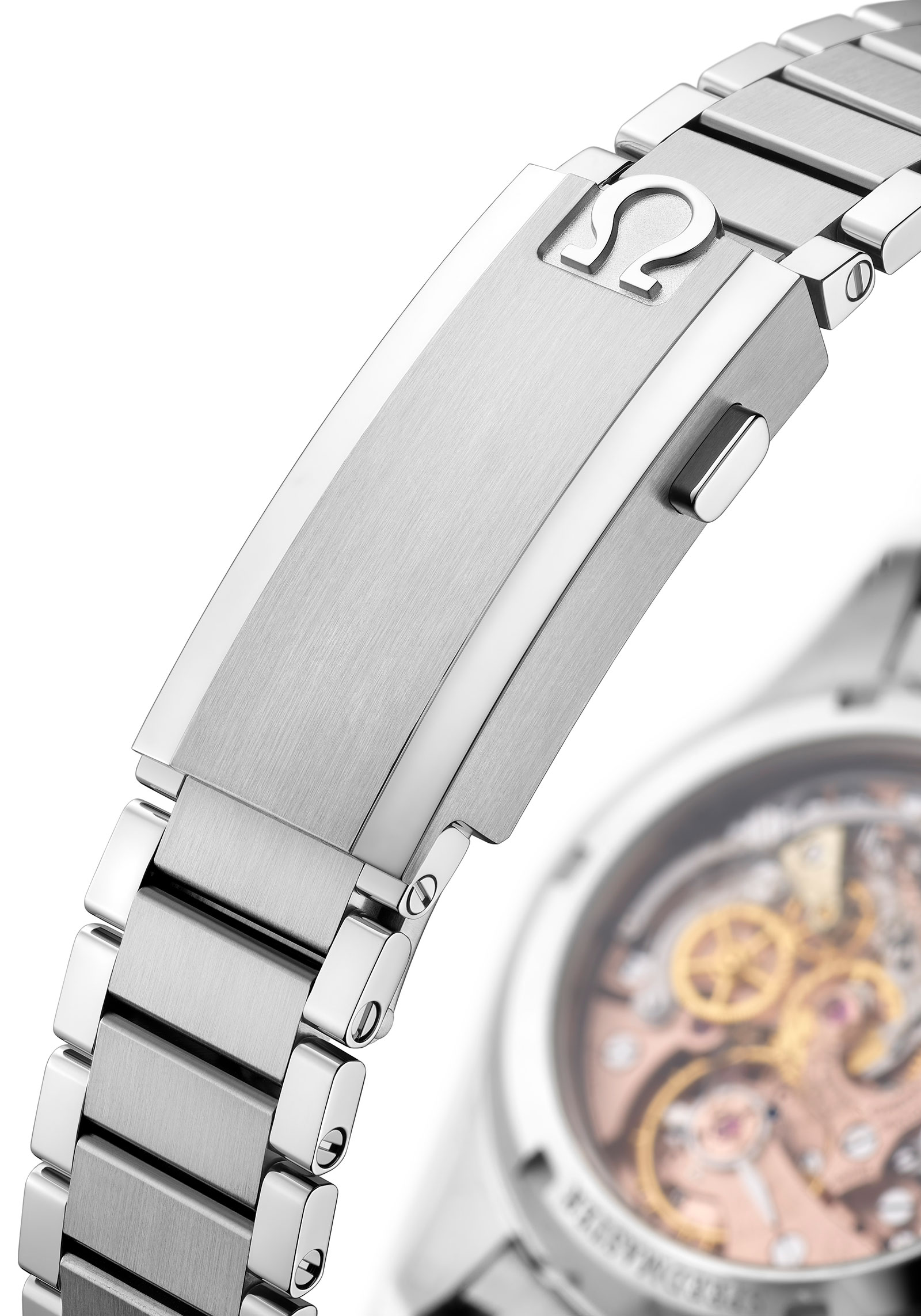 Limited edition: No
Availability: At Omega boutiques and retailers
Price: US$81,000; or 118,750 Singapore dollars