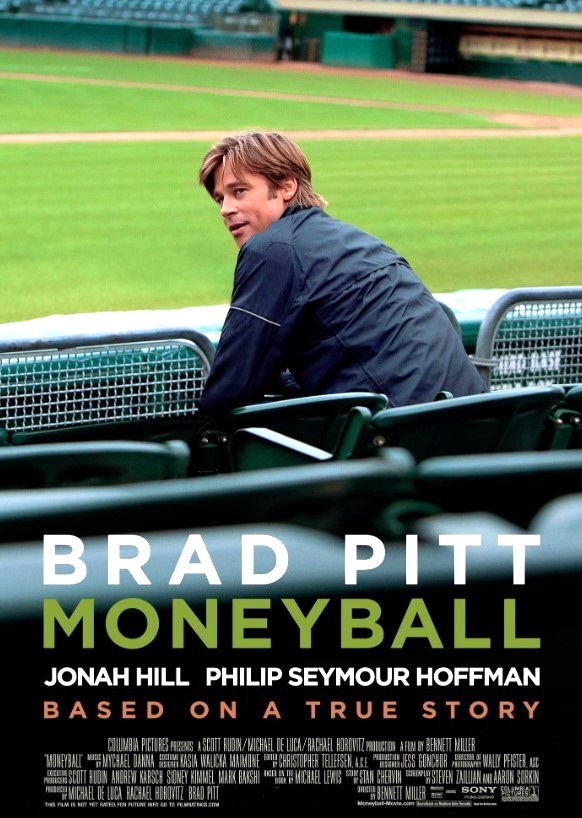 On Black Friday, the Moneyball savings started a revolution in baseball!

More people have seen the movie since its release in 2011 than those who have read the book, MONEYBALL in 2003 by Michael Lewis. On Black Friday, the bargain buying story of the Oakland A’s could start with the 1997 team when Billy Beane took over. His 2001 team that won 102 games had a mirror image reversed record with the A’s losing 102 games this year. Almost every team took some aspects of Moneyball over the past two decades, and the playing field evened out in the analytics. Still, some teams are better than others, and spending money wisely is still a key. Choosing the right people (players) is what wins championships.

If you want to listen to the best interview of the author that I have heard, Lewis just appeared on the podcast, Freakonomics Radio. Not to give away too much, but as Lewis talks about the old way of scouting to what is termed “vivid” choices of falling in love with players with that one tool that just stood out among the rest, and that is what led to so much of A’s general manager Billy Beane’s rethinking of the drafting and trading process and the players he coveted. A player one tool of power, speed or a blazing fastball might not be the answer. But it also was to show that even a body archetype for a right-handed pitcher did not have to be the huge 6’3 ½” flamethrower and those early turn of the millennium A’s teams had the barely 6’1″ Tim Hudson drafted in the 6th round in Beane’s first draft. Barry Zito, 6’2″ was the 9th pick of the 1st round, and Mark Mulder was the exception at 6’6″. These were all Oakland in-house draft picks in Beane’s early years as GM.

In Lewis’ book and in the movie, he didn’t really discuss the three aces because he felt everyone knew they were stars. But he probably should have. It would have added to the thought process and how the A’s transitioned from Sandy Alderson to Billy Beane in 1997 as he oversaw the drafting of each of these players. The vivid choices was inspired by two Israeli psychologists, Daniel Kahneman and Amos Tversky, we learned. Who knew?

“I’m sure some of the criticism of people who claim to be using data to find knowledge, and to exploit inefficiencies in their industries, has some truth to it,” a portion of the article in Vanity Fair by Lewis on Kahneman and Tversky reads.

You have heard don’t judge a book by its cover and vivid choices also kind of speaks to that beyond baseball. In baseball, you seem to always have a choice. It’s a game of failure as they say because a batter with 70 percent of his at-bats resulting in a negative would make him a star. And those with the fewest failures are the best.

On Draft Day, you always have a choice. Some are better at it than others. Beane was incredible at it to build a pitching staff from players that others passed on. He took Mulder over Jeff Austin by two picks. Austin went to Stanford which is where Beane was supposed to go to college. The next year he chose Zito over Brett Myers sticking with a college pitcher over the best high school pitcher available. Hudson was the 185th pick in the draft and 29 other GMs passed on him for five rounds. Hudson was also drafted out of college. Beane drafted to mature pitchers with full repertoires that he felt could translate to the Majors.

The wins were there for Beane early in his tenure however he never got to a World Series. There were 11 postseasons for Beane in his 25 years at the helm. Other owners wised up to Beane Ball and hired smart GMs too. None with the background of Beane who was a 1st round pick with that pedigree and a failed career. Beane was that archetype 6’4″ high school stud who was a can’t miss type. Only, he did miss. And he learned from his own drafting that he would not have drafted himself in the 1st round.

Baseball is about learning and evolving, but until there is a hard salary cap in baseball, it will never be a fair playing field for the teams that must penny pinch at the Black Friday sales in free agency. They have to be the best in drafting and the player development system. In 2009, Beane drafted Grant Green in the first round with a $2.75 million signing bonus. Yes, Beane was far from perfect, but other GMs were taking players in the draft before Beane picked. He showed other GMs the way, and they were beating him to players that he hoped would have been available like Mike Minor and Mike Leake in that 2009 draft.

The Winter Meetings start in just nine days. We have the draft lottery, the Rule-5 draft, trading, and free agent signings all coming up. Some team could make that franchise changing move in the next two weeks. And remember, it might not be all about the money.

The post On Black Friday, the Moneyball savings started a revolution in baseball! appeared first on TalkNats.com.

On Black Friday, the Moneyball savings started a revolution in baseball!