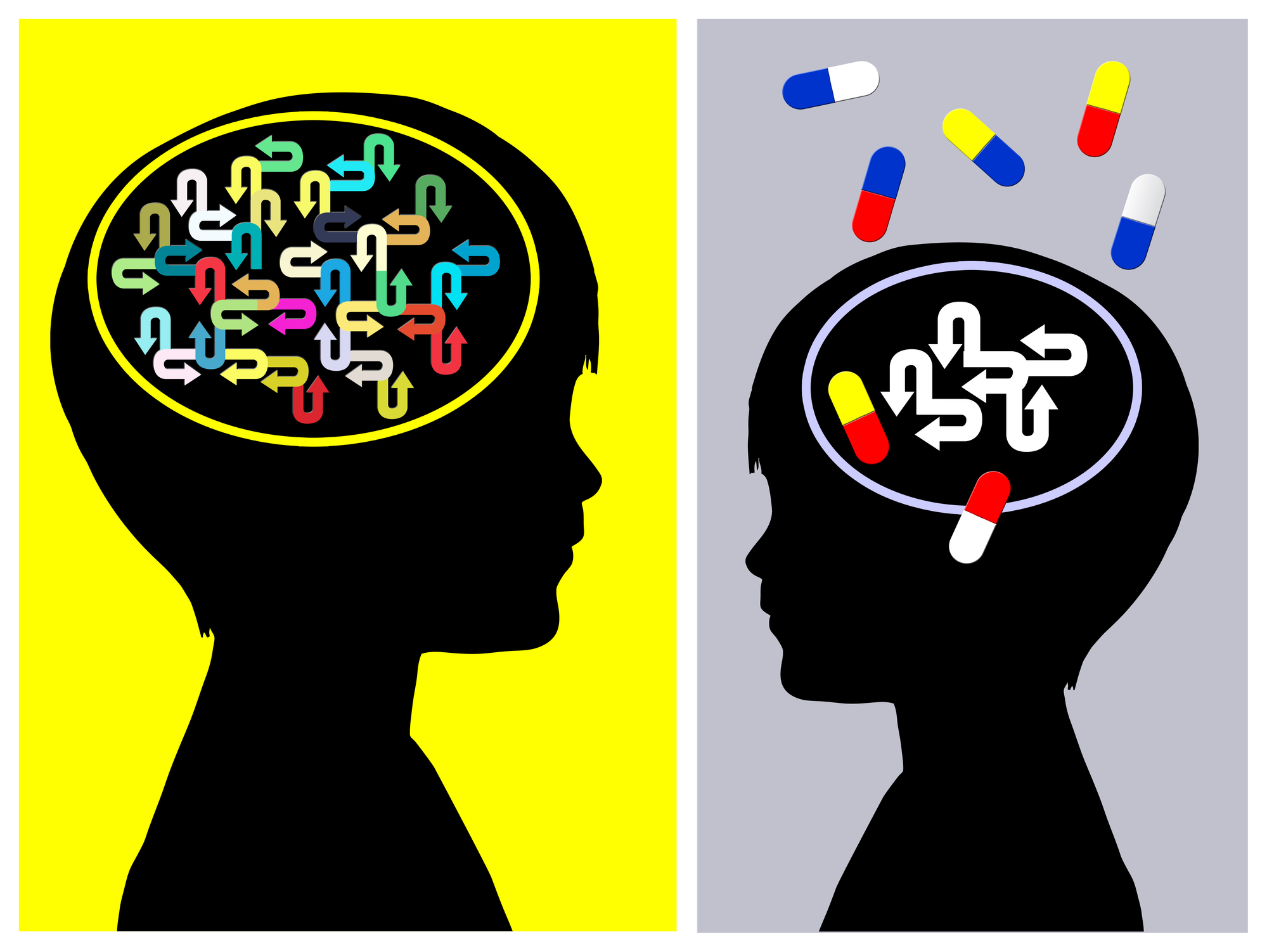 In a new article published in the Journal of Addictive Disorders and Mental Health, Jose Luis Turabian, a professor of medicine at Complutense University in Spain, explores the biological changes that accompany the use of psychotropic drugs. According to Turabian, the concentration on biomedical approaches and interventions in mental health have led to psychotropic drugs being used too soon, too often, and too long.

He points out that these drugs alter our neurobiology, causing sometimes permanent and irreversible changes. He argues that these changes can turn what may have been transient symptoms into chronic, and in some cases, lifelong, mental illness. By using psychotropics to treat symptoms and alleviate acute short-term suffering, practitioners may be paradoxically increasing the duration of suffering.

“The biologistic tendency of medicine, and also of psychiatry, brings with it an increasingly early, more intense, longer-term use in mild clinical conditions and in mental health situations reactive to contexts of daily life (personal problems, couple, family, work, socioeconomic, etc.) of psychotropic drugs,” Turabian writes.

“However, practical experience in general medicine indicates that psychotropic drugs cause permanent biological changes that can structure and chronify mental illnesses that would have evolved towards improvement without psychotropic drugs.” 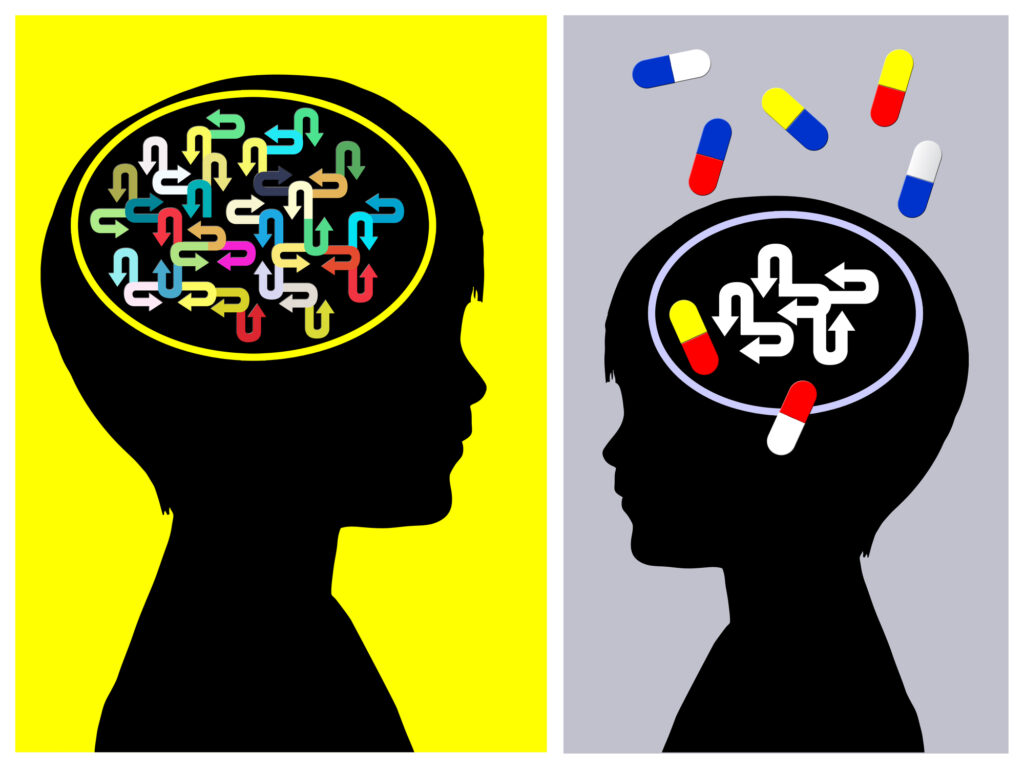 Recently, more attention is being paid to the difficulties of withdrawing from antidepressant medications after long-term use. In some cases, recovery from these medications can span decades, with withdrawal symptoms commonly misdiagnosed as a return of the initial mental illness. Even when these drugs work as intended, the adverse effects can be severe.

Similarly, antipsychotics have a wide range of well-documented negative long-term effects. Recent research has shown that antipsychotic use damages several areas of the brain, increases the risk of dementia, and is associated with early death. Researchers have also found that when people diagnosed with schizophrenia discontinue antipsychotic use, their cognitive functioning improves.

Turabian begins by problematizing the overmedicalization of distress by doctors. Both overdiagnosis and misdiagnosis are increasing, and so is the usage of psychotropic drugs, leading to polypharmacy — doing more harm than good. Most importantly, there is a severe shortage of research on the long-term effects of psychopharmaceuticals.

The author has conducted a review and reflected on personal experience to write about the consequences of liberally using psychopharmaceuticals in the long run, especially for issues of anxiety and depression. He specifies that the article should be considered his personal view on the issue.

The author writes that psychiatry mistakenly follows the logic behind antibiotics in calling its treatments antidepressants and antipsychotics. These names are metaphors that assume that psychiatric issues are threats that come from outside and harm the host and thus need to be removed. This metaphor has allowed the discipline to look past the numerous adverse effects of their treatments. The dangerous assumption that keeps harming patients is that what makes them feel better is also what keeps them well.

Turabian lists several reasons we should be wary of antidepressants – the effect sizes of their efficacy in clinical trials are small, long-term effects are unexamined, psychotherapies and psychosocial treatments often show similar or better outcomes without adverse effects of the drugs, and “only one in nine patients benefit from antidepressants.”

Mood disorders are often transient states caused by distressing life circumstances and would have been resolved with “watchful waiting” instead of a premature antidepressant prescription. Many of these drugs produce lasting changes in the bodies of patients. For example, benzodiazepines can lead to neurocognitive changes, and in zebrafish, early exposure to antidepressants can be seen in three generations of offspring. The author emphasizes that one of the main effects of psychotropics is suppression:

Often, in the case of antidepressants, the long-term effects are the opposite of the initial ones, leading to iatrogenic comorbidity. In other words, antidepressants can lead to chronic depression and increase susceptibility to depressive episodes. Similar findings have been reported for psychosis where dopamine supersensitivity can be caused by long-term use of antipsychotics, in turn leading to more florid psychosis.

Biomedical understandings of anxiety and depression can also harm patients by blocking recovery. Instead of seeing oneself as changing and responsive to the environment, these neurochemical understandings force people to see (and experience) their distress as internal and permanent. It leads them to ignore the social conditions that might be causing it. The disease model focuses on symptom removal (as is true for most medicine), and thus the patient’s internal state is often considered insignificant. The experience of anxiety or depression becomes meaningless, and they are only seen as states to be eradicated.

On the other hand, non-biological models often consider symptoms and distress to be meaningful, context-sensitive, and even useful as they can make a person re-evaluate their self, relationships, and world. This points to an essential difference in the way these two models see causality:

“The psychological model assumes that the interaction between past experience, interpersonal relationships, and current events, with the patient’s thoughts, feelings, and behaviors, lead to changes in mood and symptoms. The medical model views disease as the primary cause of symptoms and leads to changes in thoughts, feelings, and behaviors, which interact with the patient’s interpersonal relationships, current events, and past experiences.”

Thus, in focusing on symptoms removal and not meaning, drugs often render the patient passive – numbing feelings, thwarting problem-solving, hindering memory processes and concentration, and creating dependence. Consequently, they hinder the processes of psychotherapy that could have helped the patient.

Turabian concludes by noting that these drugs have numerous effects at multiple levels beyond just neurotransmitter communication. The impact on people, such as changes in thoughts, moods, feelings, behavior, etc., are often a cause of side effects such as loss of cortical gray matter. He concludes:

“Psychotropic drugs change thoughts, feelings, and behaviors that over time become structural and permanent. In this way, the general practitioner in his continuous care over time sees passive patients, unable to understand and face the causes and consequences of their situation; These patients with many years of psychopharmacological treatment continue to suffer similar levels of anxiety, but also their contextual situation has seriously deteriorated in a chronic way; they are unrecoverable patients. Current prescribing practices need to be reformulated in light of consideration of the vulnerabilities and adverse effects of treatment.”