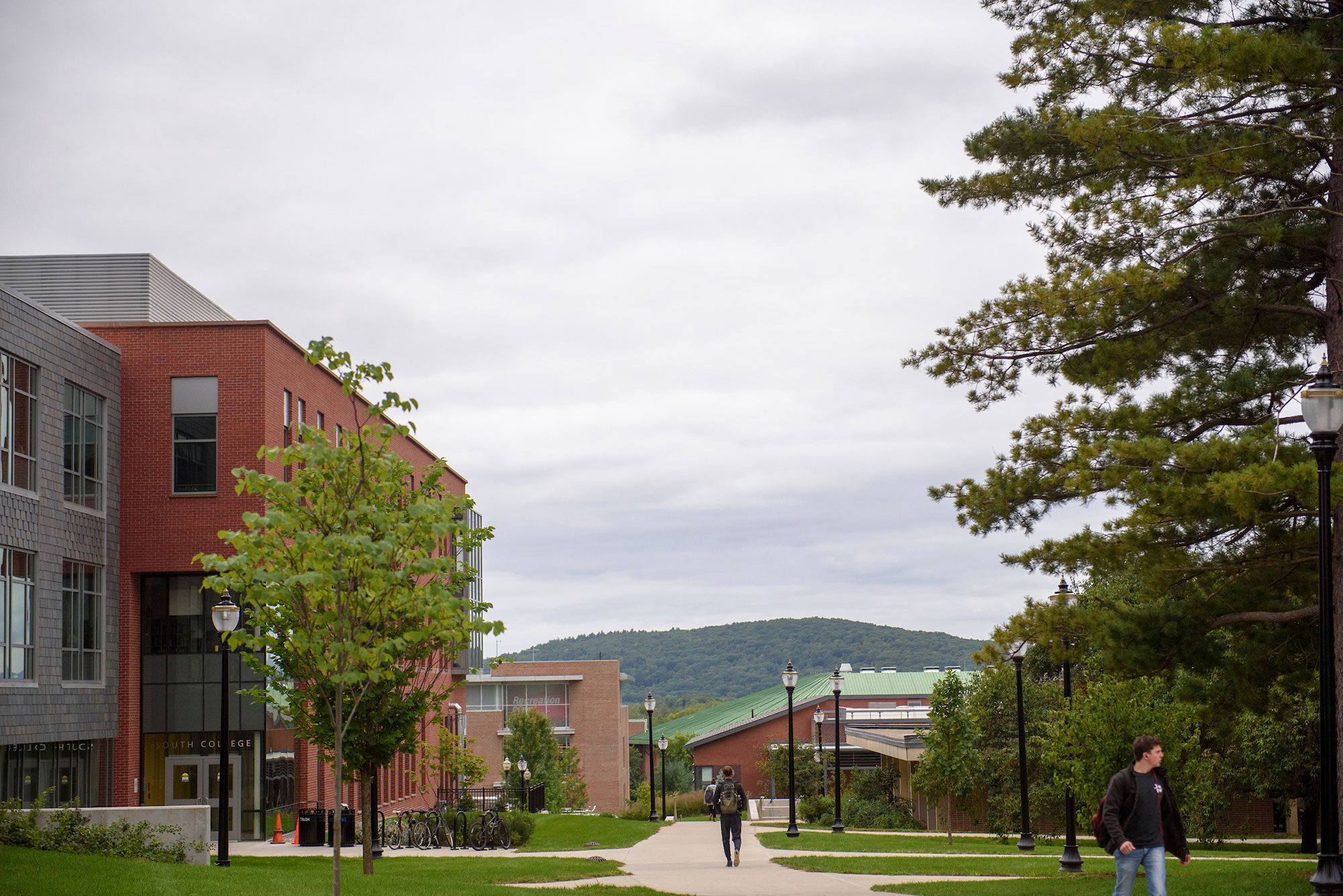 At a time when so many employers are struggling to find workers who have university degrees, Tyler Duffield thinks supporting higher education is as obvious an obligation of state government as it is essential.

“It’s kind of unthinkable that the government would scale back that kind of thing,” said Duffield, 20, a North Carolina community college student majoring in environmental engineering. “Any country that chooses not to prioritize higher education makes itself less competitive in the world.”

Most Americans believe state spending for public universities and colleges has, in fact, increased or at least held steady over the last 10 years, according to a new survey by American Public Media.

They’re wrong. States have collectively scaled back their annual higher education funding by $9 billion during that time, when adjusted for inflation, the Center on Budget and Policy Priorities, or CBPP, reports.

“It is a big, important quality-of-life issue, and here all but 29 percent of people got it completely wrong,” said Craig Helmstetter, managing partner of the APM Research Lab, which conducted the survey of more than 1,000 Americans in late November and early December.

That’s the proportion of the poll’s respondents who knew that funding had gone down. Twenty-seven percent thought it was up, and 34 percent that it had stayed the same. The rest didn’t know.

This disconnect between financial realities and public perception has far-reaching political implications, said Tom Harnisch, director of state relations and policy analysis at the American Association of State Colleges and Universities.

Related: 10 years later, goal of getting more Americans through college is way behind schedule

“It’s difficult to build a broad-based coalition and mobilize grassroots support to call for increased investment in higher education if people don’t see or understand the problem,” Harnisch said. “It’s harder to hold lawmakers accountable if they don’t feel that they’re going to pay for their decisions at the ballot box.”

This is true despite the fact that state budget cuts for higher education translate into higher tuition. State appropriations per full-time student have fallen from an inflation-adjusted $8,489 in 2007 to $7,642 in 2017, the last period for which the figures are available, according to the State Higher Education Executive Officers Association, of SHEEO. That has pushed up the portion of university budgets that come from students to $6,572 from $4,817  over the same 10 years.

Ten years ago, students and their families paid for about a third of university operating costs, says SHEEO. Now they pay for nearly half.

Many Americans do seem painfully aware of the rising tuition bill, at least. Forty-four percent think government-funded grants and loans have failed to keep up with the price of tuition, the APM survey found.

The maximum amount of federal Pell grants for undergraduates, which do not have to be repaid, is $6,095 this academic year; undergraduates can borrow a maximum of from $5,500 to $12,500 per year in federal loans. The average annual cost of tuition, fees, room and board at a public four-year university for an in-state student is $21,370, according to the College Board.

“It’s difficult to build a broad-based coalition and mobilize grassroots support to call for increased investment in higher education if people don’t see or understand the problem.”

“If the public understood that relationship better [between falling state funding and rising tuition], they might be a little more up in arms and supporting perhaps more spending for higher education,” said Andy Carlson, vice president of finance policy at SHEEO.

Related: How one city has been tackling the swelling scourge of brain drain

The impact of this extends beyond tuition costs. University enrollment was down by 2 million from the fall of 2010 to the most recently completed fall semester, according to the National Student Clearinghouse Research Center, which tracks this. The nation is far behind its goal of increasing to 60 percent the proportion of the population with degrees.

A separate survey by Manpower Group found that 46 percent of American employers can’t find the workers they need. The U.S. Chamber of Commerce says this is keeping 40 percent of businesses from taking on more work.

And the United States remains 13th in the world in the number of 25- to 34-year-olds who have some kind of college of university credential, the Organization of Economic Cooperation and Development says.

“Fifteen or 20 years ago we had the most highly educated population in the world,” said Kevin Reilly, former president of the University of Wisconsin System, who now runs a program at the Association of Governing Boards called the Guardians Initiative to help university trustees push back against public and political skepticism about the value of higher education.

Falling behind the likes of South Korea, Canada and Russia in the proportion of people with degrees “is not a trend we can tolerate if we’re going to continue to be competitive in a global knowledge economy,” said Reilly. “More and more of our people are going to have to be competent at higher and higher levels of knowledge and skills. We’re really damaging the future of our competitiveness and I would argue even our security.”

The enrollment drop has several causes, including an improving job market and a decline in the number of 18- to 24-year-olds. But experts fear it’s also driven by rising tuition.

Americans may think states have continued to spend money on higher education because they see some universities with multibillion-dollar endowments, or that seem to be on building sprees or paying multimillion-dollar salaries to coaches, advocates said.

“They think, ‘Well these institutions all are fat and happy. They’re doing just fine,’” said Reilly. Added Carlson: “If a layperson is driving past the campus they’re going to see a lot of construction going on, which doesn’t necessarily support the argument that this institution is starved for cash.”

27% of Americans think government funding for public higher education has increased in the last 10 years and 34 percent that it has at least held steady. In fact, it’s fallen by $9 billion.

Much of that work is paid for by donors or from sources other than state taxpayers, Reilly said. “I can’t take the $3 million for the new building someone gave me and use it for English and philosophy professors.”

There are political differences in how Americans feel about the government’s support of higher education. Higher-income, college-educated Democrats and women were more likely to be aware that states have cut back on spending, the APM poll found. And people 65 and older are less likely to think this than those between 45 to 54, who may have children in college or college bound.

“I can’t help but feel suspicious that particularly Republican majorities don’t believe it’s in their best interest as a party” to spend money on higher education, said Sarah Dowling, 60, a social worker in Maine and a Democrat with a daughter now beginning the college search. “They don’t want educated people. They don’t want people who know what’s going on.”

Not everyone thinks that’s government’s responsibility.

Sarah White, 36, a Republican and an accountant in Tennessee, said she largely worked her way through college.

“I can look back and really appreciate that everything wasn’t just given to me,” White said. “It’s helped me as an adult and I’m also instilling the same thing into my children. You work to get what you need. If the government keeps giving people more and more, they’ll keep wanting more.”

She said states should help defray the cost of college. But she also said she sees students clogging up the system who don’t want to be there. “They’re wasting everybody’s money and everybody’s time, including their own.”

Back at his North Carolina community college, Duffield said he watches many of his classmates work full-time to pay for their educations but still go into debt.

“When you think about what the priorities of government should be — looking out for the well being of its citizens, encouraging people’s best interests — education is certainly among those,’” said Duffield, a Democrat who hopes to eventually work for the National Park Service.

“Relative to something like defense spending or lowering taxes on people in high tax brackets, it’s definitely more worthwhile.”

This story about higher education funding was produced by The Hechinger Report, a nonprofit, independent news organization focused on inequality and innovation in education. Sign up for our higher education newsletter.