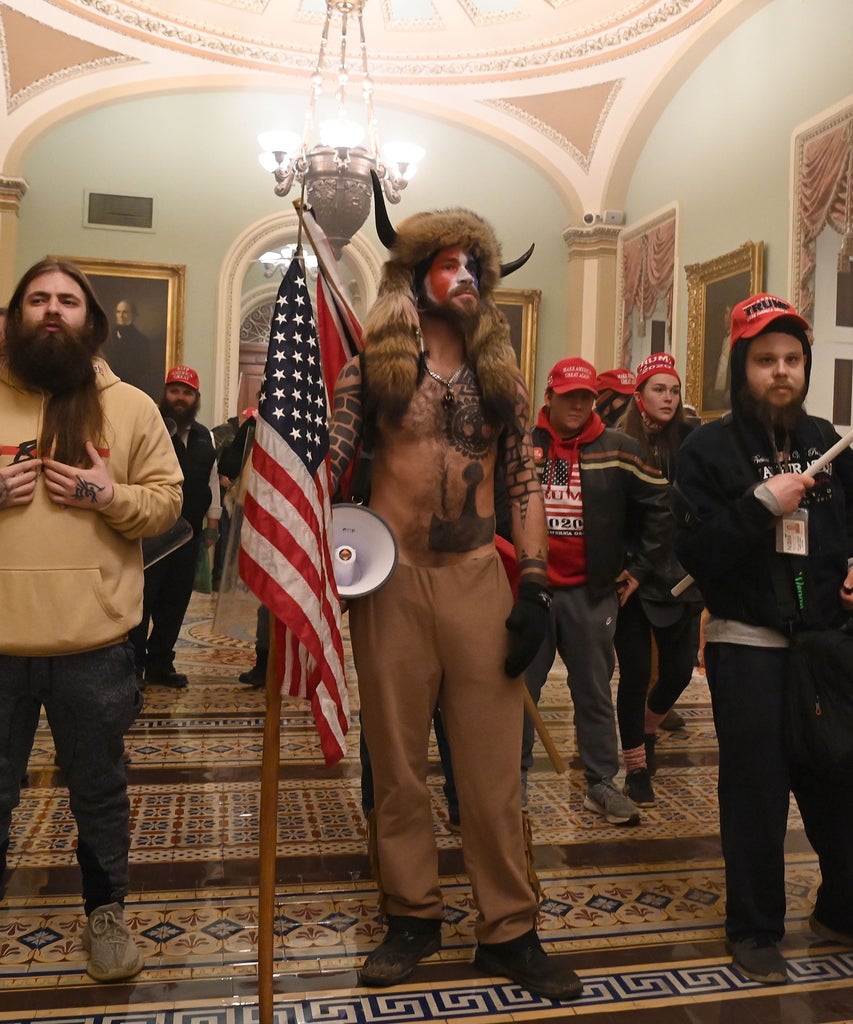 Why Are We Still Trying To Rationalize Domestic Terrorists Storming The Capitol?

As federal investigations and court hearings continue to move forward, more details emerge about who the Capitol rioters are when they are not storming a federal building and threatening to harm government officials. One recent Washington Post article detailed a correlation between Trump supporters and financial insecurity. It profiles a few different people charged with participating in the insurrection, but outrage quickly ensued online accusing the story of redemption reporting due to the way it portrayed the defendants they interviewed.

The article prefaces that “no single factor explains why someone decided to join in.” But an analysis of public records for the 125 current defendants showed that nearly 60 percent of those facing charges show signs of prior money troubles ranging from notices of eviction or foreclosure to unpaid taxes and bankruptcies. Their collective bankruptcy rate was twice as high as the US average. This alone, according to the Post, may provide some insight into how former President Donald Trump was able to resonate with so many people.

But online, as people began to denounce the story’s positioning, one particular rioter, Jenna Ryan, a real estate agent from Texas, became the focus. Ryan was not struggling — maybe she had in the past, but the Washington Post article introduces her as a woman who took a private jet to storm the Capitol. Describing Ryan as an “unlikely participant in the mob that stormed the US Capitol,” she is, just one paragraph later, revealed to have broken glass to storm into the building, bellowing security alarms, and shouting: “Fight for freedom! Fight for freedom!”

The article delves into her financial background and her history as a voter explaining that she became radicalized as the 2020 election drew closer. She cited far-right websites and conservative talk radio as sources of misinformation. Ryan admitted to following the sprawling extremist ideology, QAnon. “I bought into a lie, and the lie is the lie, and it’s embarrassing,” she told the Washington Post. “I regret everything.”

But the question here is not whether the article itself is inaccurate in its suggestion of a commonality among the Capitol rioters. The real issue here is: why are we still trying to justify domestic terrorists by trying to understand their reasons for terrorizing?

“This is a completely ludicrous story about these people!” wrote one person on Twitter. “Lots of people have been having financial difficulties during these times, the majority did not make horrendous life choices and join in an insurrection! Stop giving excuses for Jenna Ryan and others behavior!”

Others criticized the media outlet for attempting to rationalize the actions of people being federally investigated for forming a riot to disrupt the democratic process because it didn’t deliver the result they wanted. Still, more people on Twitter asked why we should be looking for reasons to excuse the actions of Trump supporters when there isn’t the same commentary when people of color demonstrate and demand change.

Participation in the insurrection wasn’t limited to people from meager financial means or financial hardship believing the lies of a megalomaniac. Many people protested wealthy people included. Rioters came from varied backgrounds, but all were galvanized by Trump.

The blame does not entirely match the narrative of working-class Trump supporters. Among the rioters were CEOs coordinating busses to the Capitol, and lawyers seen posting live videos of themselves amidst the violent mob. To say that the rioters are all blue collar, MAGA hat-wearing Trump supporters is to ignore the whole picture which allows for reductive explanations.

Financial problems among a majority of rioters shed new light on the events that took place on January 6, but this story illuminates another societal flaw: who do we humanize with lengthy profiles and detailed studies to justify behavior? Further, who do we afford the opportunity to explain their actions? Why does one person’s history determine their motives despite evidence to the contrary while another person’s history is used as absolution?

Whether they were part of an organized plot led by an extremist group or, like Ryan, came by consuming conspiracy theories through television, far-right websites, and social media, the fact of the matter is that, when spurred on by Trump’s dangerous rhetoric, they all took part in a violent attack on the Capitol. They didn’t stumble upon a gathering they thought was a parade only to discover that they were shoulder to shoulder with anti-government extremists and white supremacists. Everyone there arrived — as planned for weeks — in agreement with the false idea that the election was stolen from Trump and said “How high?” when he said jump.

When it comes to a violent insurrection, it is one thing to understand. To be understanding is something else entirely.

Like what you see? How about some more R29 goodness, right here?

Capitol Rioter Wants To Take A Trip To Mexico

Why Are We Still Trying To Rationalize Domestic Terrorists Storming The Capitol?