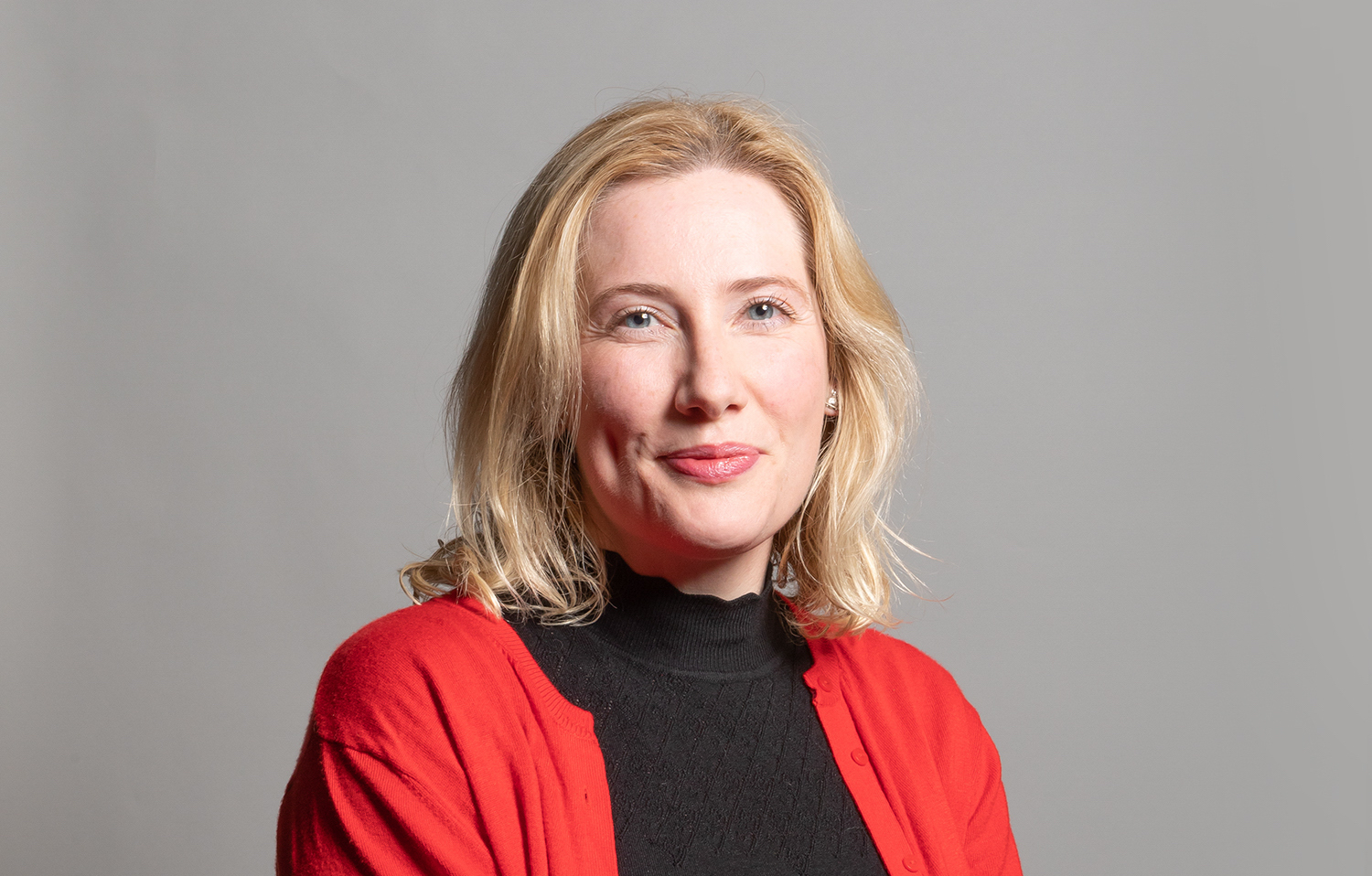 Emma Lewell-Buck: “No child should go hungry in a country as wealthy as ours”

Emma Lewell-Buck, Labour MP for South Shields since 2013, will present a ten minute rule motion to the House of Commons this afternoon on her school breakfast bill. To find out more about the proposed legislation, we spoke to the MP ahead of her intervention…

Sienna: You introduced the Food Insecurity Bill in the last parliament, asking the government to systematically measure household food insecurity, but it didn’t progress quickly enough to get through?

Emma: It didn’t get through but the government agreed to do it anyway. There was mounting support after a few years of lobbying and pushing, they agreed to it and the first figures should be released from that in 2021. They did exactly what I was asking – just didn’t put it in the legislation.

The worry is that we’ll get the figures next year, then they might say ‘we won’t continue it for future years’ because it’s not legislated for. But it should give a household food insecurity measurement to look at the hotspots around the country and see what’s driving it. I think we all know what’s driving it – punitive welfare reform and austerity measures – but to take the political football out of it, we can actually see for the first time, when these statistics are released, what is causing it. And it can stop that toing and froing and that arguing, we can start to look at mitigating it rather than having this ongoing fight about ‘is it austerity or not?’.

Tell me a bit more about your new school breakfast bill.

It’s dead straightforward, a bit like my food insecurity one was. It’s making sure that every kid who needs a school breakfast gets one. It applies to England only, because obviously it’s a devolved issue. We’re using the clumsily named income deprivation affecting children index [IDACI]. If 50% of kids in a school are on that index, then the entire school will have funding for free school breakfasts every morning.

Some people might say, this is the responsibility of parents and if they can’t provide breakfast, that’s a social security problem rather than a Department for Education problem. Why do you think breakfast should be eaten at school?

There’s over four million children in poverty, and that was before Covid. What we’re seeing is up to two million kids are arriving at school hungry and it impacts on your learning. No matter how smart a kid is, no matter how amazing their teacher is, if you’re hungry and worrying about where you’re going to eat again, you’re not able to learn. All of the impact that has on learning, on self-esteem, it’s just a no brainer. The money is actually there for it, it’s costed, so why not do it?

Some people will say it’s the responsibility of parents, but if parents have nothing… There’s over eight million people living in food insecurity in the UK. If you’ve got nothing, how can you?

On the other hand, some people might say that instead of having the provision of breakfasts dependent on evidence of need or a request being made, why not make them universal?

I think if we made it universal the funds probably wouldn’t be there and it would be less likely to get through the House. There’s been a lot of work and background tweaking to be done to try to get it through. I know this isn’t a catch all, this isn’t going to solve all the problems, but it will make sure those most in need do get a free breakfast. And because it will apply to the whole school, it will remove that stigma element as well.

Under your bill, schools make the request for breakfast funding instead of pupils themselves. How does that process work exactly?

Any school that has automatically over 50% of children on the index [gets the funding]. Other schools, if they want to have the funds, have to make a case to the DfE to say why and work out the costings that way.

There’s an underspend in free school meals, so there’s money there from that. The soft drinks levy, there’s millions gone missing from that – nobody knows where it’s gone. Why not use it for this provision?

Have you got the support of the Labour leadership for this bill? What are their thoughts on it?

I suppose it ties in well with Kate Green’s appointment because she was picked on the basis that she would look at education alongside child poverty due to her experience in that area. It reflects the Labour leadership’s view of how the education brief should be approached.

Yes, and it goes back to what I was saying before. No matter how talented you are, how clever you are, how amazing your teacher is, if you’re hungry you can’t learn. We’ve had teachers talk about kids turning up at school and rummaging through bins, irritable behaviours, kids getting angry and aggressive, all linked to hunger. That impedes their learning. We’ve got rising numbers of children going to hospital for malnutrition, and all of this has been exacerbated by the pandemic. This bill was urgent before – now it’s doubly urgent.

I’m getting good noises from the government and also we’ve got cross-party support. Over 70 MPs from across the House support it now, even MPs from the devolved areas are supporting it because they see the benefit.

How many Tories have pledged their support?

It’s grown, but at my last check it was about ten. A few of them are key sponsors of the bill. We’ve got Robert Halfon.

Have you been approaching MPs from other parties to secure more support across the House for the bill?

Yes. I’ve been in parliament for seven years, and everything I’ve ever achieved has been through cross-party working. The best things come out of the House through cross-party working. Bearing in mind, that whole time, my party has been in opposition. You need to work cross-party – otherwise it would just never happen. I do have a reputation sometimes for being really partisan and really political, but I think still people can see this is a really simple, straight-forward bill, and the money is there to implement it. Who would, in their right mind, be against feeding hungry kids?

How do you go about approaching other MPs?

I just approach them and say this is what I’m doing… I think because of the issue, you’d have to be pretty hard-hearted to not support something like that.

Is your interest in children’s hunger informed by any personal experiences, things that you saw before entering parliament? As a social worker, you specialised in child protection?

I didn’t come from a particularly wealthy background myself. I know what it’s like to go without, I know what it’s like to struggle. When I was a child protection social worker, I seen some really bad cases of neglect, hunger and poverty. But what I’ve noticed over the last ten years is that those children who I used to work with are now becoming the norm as opposed to the exception. Social services are seeing referrals rising for issues around poverty and hunger. It’s awful that parents are being punished and being monitored by social services for something largely beyond their control.

I’ve always said I would do everything I possibly could in my power to make sure that no kid went hungry in this country, so it’s something I’ve campaigned on from the minute I got into parliament. I was one of the founding members of the APPG [all-party parliamentary group] on hunger with Frank Field, we set up Feeding Britain charity together and I’m still a trustee on that. I will never rest because I don’t think in a country as rich as ours anybody should be going hungry, especially not children.

What are the experiences you’ve heard while developing this bill, in your charity work and from your constituents?

I work quite closely with a lot of food banks in the constituency, and throughout lockdown I did shifts in them every Friday. I was going out delivering parcels to families direct and chatting to them. What I saw was a massive increase that we just couldn’t cope with. Sometimes in my car for four or five hours, just driving around delivering food parcels to people. Those food parcels were nowhere near enough, but when resources are tight even the charities are having to give less than they did before because they can’t cope with the volume.

A lot of that comes from my experience in my constituency, but also I’ve got friends who are teachers, I’ve spoken to teachers throughout the drafting of the bill. They’re saying that it’s becoming commonplace to see kids turning up to school in threadbare clothing, with a grey pallor, hungry, rummaging in bins. Teachers are regularly buying food to give them breakfast, whereas a bill like this would make a massive difference. You’re not just catching one or two – you’re catching all the children who need that start to the day. It’s not a panacea, but it’ll help make a dent.

Is there anything else you would like LabourList readers to know?

If they could all contact their MP, try to get their MP to support us and join growing numbers across the House who are sending a very clear message to the government that no child should go hungry in a country as wealthy as ours.

Emma Lewell-Buck: “No child should go hungry in a country as wealthy as ours”