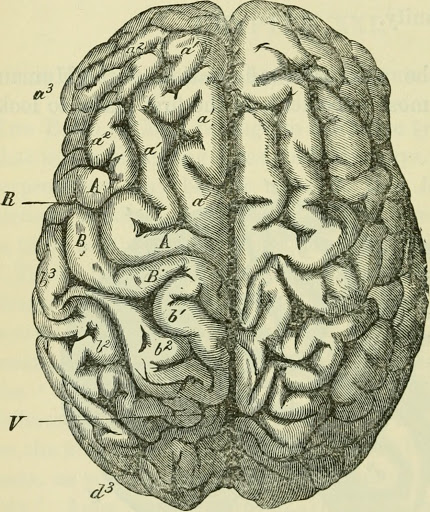 Your Brain and Racism

Protests for racial justice have erupted all over the world. This increased attention toward systemic racism has increased popularity of The Black Lives Matter (BLM) movement. BLM focuses on issues of racial injustices and human rights, issues that are deeply embedded into every aspect of our society, including academia. In solidarity with the BLM movement’s goal to increase education around these issues, my goal for this post is to focus on neuroscience and systemic racism and how each has impacted and continues to impact the other.

History of [Neuro]science and Race

Racism has tinged science since before the founding of The United States. In 1785, Thomas Jefferson, in his Notes on The State of Virginia, stated “we will not be able to know [that Africans are naturally inferior] until science gives us the answers.” This statement has been identified as a call on science to find these differences, a "request for proposals" of sorts, in its day. This request was answered in the 19th century, when scientists, such as Dr. Samuel Morton, argued there were physical differences between populations, which he termed “races.” Dr. Morton collected skulls and “discovered” differences in brains between populations, which he used to support his idea of differences in intelligence between races. It should be noted, first, Dr. Morton’s sample size was biased, and, second, skull/ brain size has been established to not be an indicator of intelligence.

Racists scientists, such as Dr. Morton, have since been proven wrong through more rigorous science. There is no biological difference between people of different races. In fact, humans share 99.9% of DNA; 95.7%, within the .1% of potential variation, is variability seen within individuals of similar groups. Therefore, any variability between individuals cannot be mapped onto socially-recognized racial groups. To summarize the statistics, you are more likely to be more genetically variant from someone living in your own neighborhood than someone in a different continent (Rosenberg 2011; Rosenberg et al., 2002).

A lack of innate racial differences does not negate the very real biological consequences of race. These biological consequences can be observed throughout science and are especially evident in neuroscience. Mounting scientific evidence suggests that not only is systemic racism real, but also that racism impacts the human body. Due to historical and systemic racism, Blacks and Hispanics typically have a lower socio-economic status, which leads to many high-stress situations. Even when a member of these racial groups lives in a higher socio-economic group, the routine racism experienced on a daily basis, amounts in physical stress on the body. This stress manifests as in utero stress, early life stress, and trauma, which all have long-term highly impactful consequences on brain health.

Not only do personal racist experiences contribute to physical and psychological traumas, but stress experienced by past family members is also observed in bodies of descendants. Transgenerational trauma occurs when the stress and trauma of previous generations is passed on to subsequent generations through DNA markers. These marker/DNA interactions are studied through the field of epigenetics. Neuroepigenetic effects of trauma are studied across many populations, such as survivors of the 9/11 attacks, Dutch Hunger Winter Famine, and war (Bowers & Yuhuda, 2016; Yuhuda & Bierer, 2007). Along with these populations, racial trauma has also been passed down across generations. The impact of an ancestor being enslaved is termed Post Traumatic Slave Syndrome (PTSSS), due to the overlap in symptoms with post-traumatic stress, such as hopelessness and increased arousal and reactivity (symptoms seen in the DSM-5) (Sule et al., 2017).

While these past issues may seem like consequences of past behaviors, society is still actively contributing to racial trauma. First, symptoms of PTSD are made worse when a similar experience is relived. People of Color frequently relive aspects of racism, making the impacts of any ancestral trauma even worse. A defining feature of The New Jim Crow is the high rate of Black and Hispanic imprisonment. The devastating conditions of prison conditions have an impact on mental and physical health, often identified as traumas. Injustices that we actively contribute to as a society are one of the many ways racism is still perpetuated today.

Systemic racism does not only impact the neuroscience of those who are oppressed, but also that of all society. Stereotypes in the brain are an unfortunate side effect of how humans learn. However, stereotypes of race rather than others, like gender, are more strongly associated with fear (Santos, Meyer-Lindenberg, & Deruelle, 2010). A fear association makes racial stereotypes stronger because fear holds a specific and strong neurocircuitry in the brain (Ohman & Mikena, 2001). For example, Cunningham et al., 2004, provided evidence to support that Black faces show an initial activation in the amygdala, associated with fear in the brain, the amygdala activation was followed by an activation of the prefrontal cortex (PFC), associated with higher order thinking and decision-making. This pattern suggests Black faces invoke a fear in our subcortical amygdala, which is then rationalized within the PFC. This pattern of activation is not evoked when viewing white faces. Importantly, this pattern is a result of learning, it is not something we are born with. It is crucial that we are aware of our biases and actively try to work on loosening these fear associations (which research shows is possible!)

Racism impacts traditionally important measures of success, such as graduation rates, executive positions, and higher education. The field of neuroscience provides a representative illustration of racism’s impact on academia.

I originally planned to present statistical differences of racial representation in neuroscience faculty, but am image speaks volumes. A screenshot on the Society for Neuroscience (SfN) website, displaying headshots of past presidents, is shown in Figure 2. While I acknowledge SfN’s many diversity initiatives, the fact that in its 50 years there has not been one Black president of SfN is a meaningful representative of the diversity minority trainees are seeing in neuroscience.

At the trainee level, I have witnessed the results of systemic racism in my own cohort of neuroscience graduate students. In 2015, 15 students entered my neuroscience graduate training program. 4 out of these 15 students were Black or Hispanic. Within the last five years of our training, the doctoral progress of 4 members of my cohort has been significantly stunted due a need to changing their lab advisor. Graduate students will tell you switching labs mid-training is something to avoid at all costs because it stressful and will costs you significant academic progress. The 4 people who had to undergo this experience in my cohort were the 4 minority students.

From my own experience, it is not a coincidence that 100% of the minority students in my cohort had difficulties within the structure of graduate school. My first three years of graduate school, I was trained by an advisor who routinely exhibited inappropriate behavior. When I spoke to my program’s leadership about my experiences, I was told that the behavior I was describing “did not sound at all like the experiences [he] has had with [this professor]!” This statement was delivered in a tone which made it seem impossible that I, as an underrepresented Hispanic-female trainee, had different experiences than a white, male, tenured professor. My expressed concerns were met with responses that I was “too sensitive” when I asked for boundaries and respect from my former advisor. I have since learned evoking sensitivity is a classic sign of gaslighting, a technique often used to make individuals feel their experiences are invalid, very commonly used on minority groups. See, this  “sensitivity” is a heightened knowledge of how we are seen and treated because of our perceived race and/or sex.

My experiences are not unique. I advise you to read a fellow neuroscientist trainee, Lauren Edwards’, recently published article, “When the academy wants you to be Black.” She outlines how minorities are frequently flaunted when it is convenient for the system (diversity supplements, grants, statistics) and are shamed, ignored and/or gaslighted for participating in minority engagement or speaking up for ourselves. Edwards writes, the academy “was not accepting of the core values that meant the most to [her] as a Black woman. However, there were times that [her] being Black were useful.” When these kind of stories are communicated  to white people, there are frequently reaction filled with surprise and incredulity. It is often thought that instances of racism can be brushed off as a one-offs because they themselves have never experienced this kind of behavior. However, as Lauren states, her “experiences are more of the rule, instead of the exception, in academy” for minorities. For further evidence of systemic racism in science, I encourage you to check out #BlackinSTEM and #BlackintheIvory on Twitter.

I acknowledge that there are diversity initiatives, fellowships, grants, etc. Aside from peers reminding us they think these types of opportunities are made easier for minorities, the effects of these types of initiatives are often not felt during training. Bringing more minorities into the system of neuroscience training is not enough if minority students are not properly supported during training. As Edwards states, “when pressured to declare support, [the academy] turns to performative optics citing their commitment to diversity without deliverable actions to make it just and equitable.” Long story short as to why minorities struggle to succeed in science? The answer is summarized well by Lauren Chambers break up letter to science: “It’s not me, it’s you.”

While there are not innate biological differences defining race, it is incorrect to say that racism has not impacted biology. These impacts are studied and observed in neuroscience, and perpetuated in the field of neuroscience. We are in the midst of perhaps the greatest racial revolution of our time. We must use this movement’s momentum to act on both neuroscience in race and racism in neuroscience to be proactive rather than reactive to the consequences of race. Many professors and colleagues are surprised to hear the experiences of minority scientists. If these revelations are shocking to you, I challenge you to ask yourself why. What privileges enabled you to complete neuroscience training without realizing these experiences? This is especially important for neuroethics, a field where I have observed that it is easy to write and analyze ethical behavior, but members often fail to practice what is preached.

To further explore this issue and how you can take an active role in this problem, I recommend reading a call for racial justice in science by 500 Women Scientists. 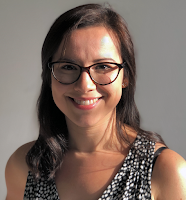 Kristie is a PhD candidate in the Neuroscience graduate program at Emory University. Her research focuses on understanding how exogenously driving different brain rhythms can impact the brain’s immune environment. Kristie is also an editorial intern for The American Journal for Bioethics Neuroscience and a supporting editor of The Neuroethics Blog.

Garza, K. (2020). Your Brain and Racism. The Neuroethics Blog. Retrieved on , from http://www.theneuroethicsblog.com/2020/08/your-brain-and-racism.html

Your Brain and Racism