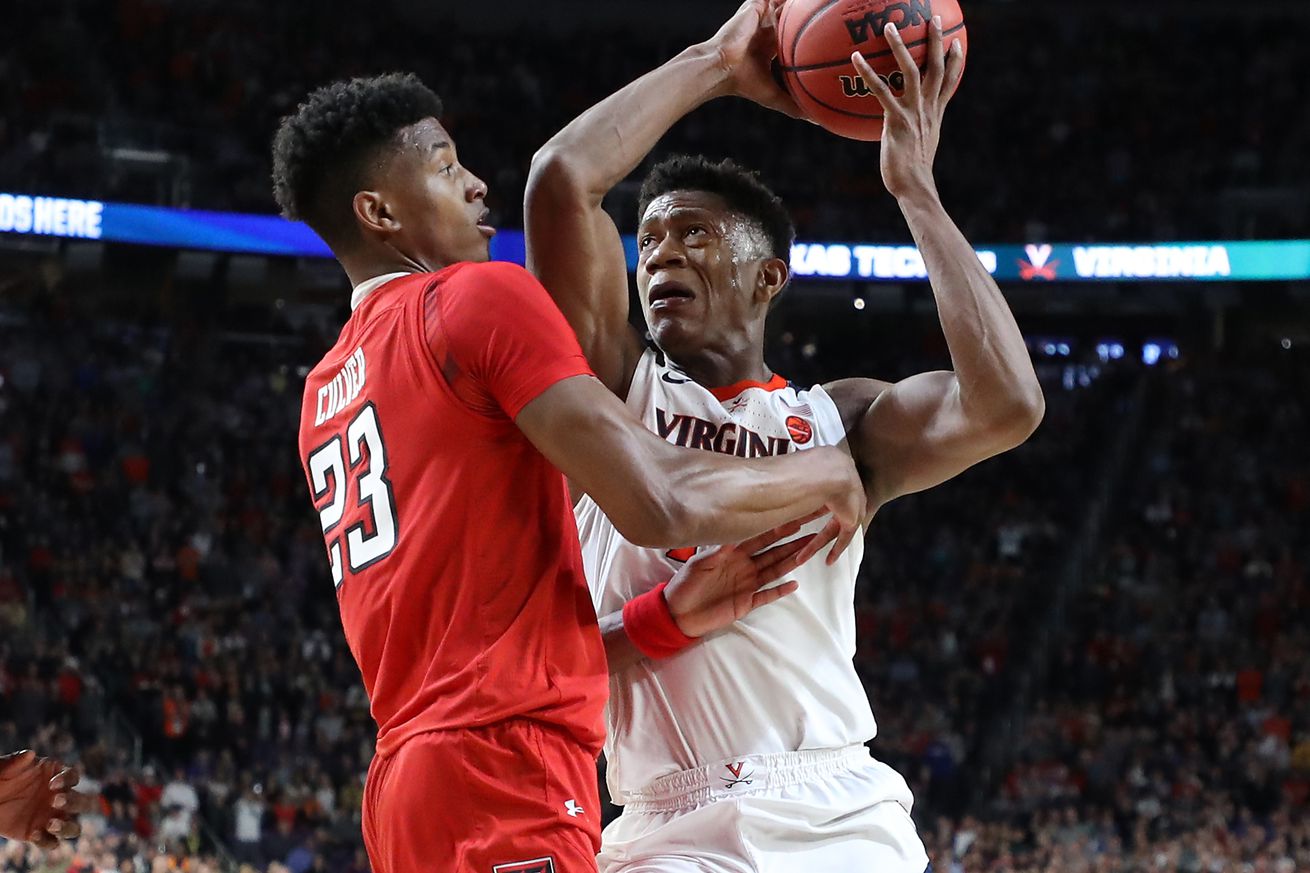 Draft Roundtable: Should the Hawks aim to trade up in the lottery?

The 2019 NBA Draft is rapidly approaching and the Peachtree Hoops crew gathered in roundtable fashion to answer some interesting questions before June 20 arrives.

In the fifth installment, we evaluate the ever-present question of whether the Atlanta Hawks should trade up in the lottery.

Note: More information on specific prospects can be found in our pre-draft scouting reports.

Brad Rowland: In a vacuum, this isn’t a move that I love. With the war chest of six picks in the top 44, the door is now open for a trade-up scenario, though, and it is more defensible as a result. For example, the Hawks could value RJ Barrett, Jarrett Culver and/or De’Andre Hunter in a different tier than the players likely to be there at No. 8 (Reddish, Little, Goga, Doumbouya, etc.) and, if that is the case, it makes sense to jump up a few spots. The value goes out the window if Atlanta has to use both top-10 picks to do it but, within reason, this is a scenario I’d be more okay with now than a few weeks ago.

Jeff Siegel: There may be some value in going against the grain. If multiple teams are looking to move down, then there will be value to be had in moving up, and we know Travis Schlenk isn’t afraid to make a move that perhaps goes against the consensus throughout the league. If they can jump up and grab a player like Jarrett Culver or De’Andre Hunter, I think they should, but it would obviously depend on what sort of assets they’d have to give up to do so.

Glen Willis: I say they should be open-minded, and I say this only because the Knicks (at No. 3) could be looking to use that pick to add NBA-ready talent via trade. Also, I’m not suggesting the Hawks necessarily have that personnel but, given the flexibility they have with their three first round picks, they could potentially facilitate a three-team trade. I don’t love RJ Barrett, but if they’ve seen enough in workouts and have the intel to suggest they should not be put off by his performance during his play at Duke last season, they should at least have an idea of what they’d be willing to part with to move up to that point in the draft to get him. Also, the Pelicans, now in possession of the No. 4 pick, are reportedly looking to turn that into multiple picks. If the Hawks are really set on one of the wings projected to go before their pick at No. 8, they could have an opportunity to consolidate picks and get their guy.

Greg Willis: It would take a perfect scenario for the Hawks move up in the lottery in a trade that would make sense for the Hawks and their trade counterpart. If moving up requires moving both the No. 8 and No. 10 picks, the trade doesn’t make sense. Using the recently acquired No. 17 pick to move up a couple of spots from No. 8 could make sense if that opportunity presents itself.

Sam Meredith: I think this is a pretty simple answer. Absolutely. Onboarding six new rookies is not even really an option the Hawks should be considering and even more than three rookies is pushing the envelope. By no means should Travis Schlenk overpay to move up three or four spots, but with the lack of talent gap between picks 4-10 it really shouldn’t take much to move from eight to five.

Zach Hood: At the right price, yes. The jump in talent is questionable, but the floor for a player like Culver or Hunter seems to be much higher than what is going to be there at 8 or 10 (Reddish, Doumbouya, Little, etc.). If they pick out a player (it seems to be Culver) that they love, they it makes sense to see what it would take to move up to get him. I wouldn’t break the bank to move up to 4 or 5, but if the price doesn’t involve both top-10 picks, I think it’s something you have to look at. The whole point of having six picks on draft night is to have flexibility to get what you want, so they should absolutely kick the tires on anything that they may want to get done.

Rashad Milligan: The Hawks should definitely aim to trade up for Culver. With one of the oldest active players in NBA history on the roster last season, Atlanta remained to be one of the NBA’s youngest teams, which is a long-winded of saying that the Hawks don’t have to draft for the sake of it at this point. If Reddish does indeed fall to eight and the pick wasn’t traded, I’d be totally fine with staying in the first round and picking two or three more guys to fill the needs at wing and center.

In the straight up debate of Reddish vs. Culver, however, I have to go to Culver because he’s so much more of a sure thing. Even on nights when his shots weren’t falling, he still made an impact on the game in other avenues, and made the big shots when they counted.

Reddish has also made big, late game shots, i.e. the huge comeback at Louisville and the buzzer-beater at Florida State, but there have also been situations when he’ll let one tough aspect of a night affect his entire game. For example, if he got into early foul trouble, or if his shot wasn’t falling early, Reddish would mentally take himself out of the game. Of course, this can be due to a number of things, he’s a 19-year-old who knows he has the only two high school recruits who were ahead of him in the country on his team. Reddish said in a pre-draft interview with ESPN’s Maria Taylor that the biggest misconception that he’s heard about his game is that he’s passive, and that he had to play within his role at Duke to help make it work.

Culver’s passing, his ability to take some of the pressure off Trae Young by bringing the ball across the timeline, something that Kevin Huerter has done as well and his defensive awareness are a couple of reasons why the 6-foot-5 Culver is a surefire top-six pick while Reddish could slip to No. 8.

Graham Chapple: If Schlenk really has his heart set on Culver and sees him as a difference maker, it might be worth exploring it. Schlenk has some expendable picks both this year and from the future, so it’s worth exploring options if nothing else. If some teams are hoping to trade down, there might be more value to be had than normal trading up, so from that aspect it might be worth it.

Draft Roundtable: Should the Hawks aim to trade up in the lottery?