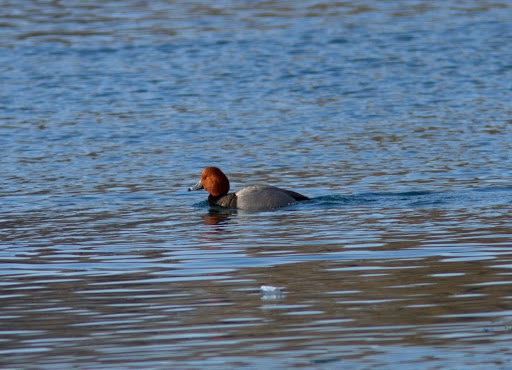 Weekend Waterfowl and Other Birds February 22-24

I made my rounds to some usual haunts this weekend. Friday was a nice day (obviously not a weekend day) and after work I headed up along the St. Clair River. 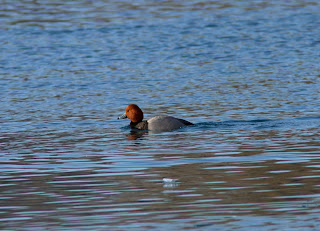 There was a lot of waterfowl to look at, but nothing of note stood out. 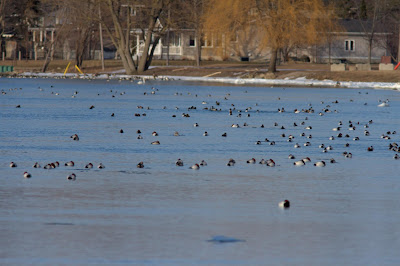 Canada Geese are in big numbers along the river this winter (most I have ever seen!).  This past week a couple of Ross's Geese were in the vicinity of CF Industries.  I thought perhaps I would come across them on Friday, but it was not to be. 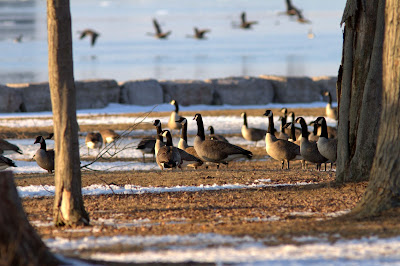 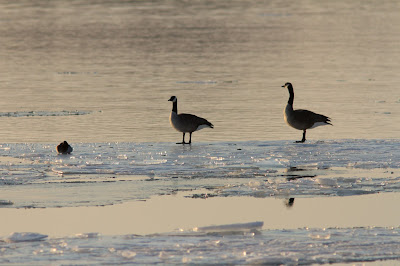 Saturday, I did some running around Rondeau campground. 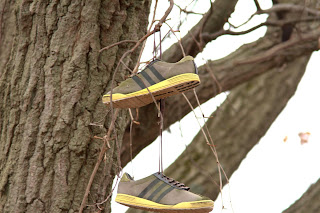 I spent quite a bit of time there, but just the usual wintering birds were seen, especially around the north washroom.
Lots of White-throated Sparrows this year. 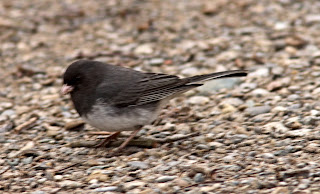 The "good" birds seen earlier in the winter are likely long-since dead! The Barred Owl did not reveal itself this day, but was nicely seen the day before.

There was a lot of waterfowl to look at on Rondeau Bay, so I grabbed my scope to scan the area.  Most of the stuff was over near Rondeau Estates, so it was a challenge to pick out things.  A smaller open patch of water is closer to Rondeau, and I checked that as well.  Among the hundreds of Tundra Swans, I managed to pick out a pair of Trumpeter Swans.  I left my camera in the car, so I tried digiscoping.  Not sure I got them.  (I am no good at digiscoping!). 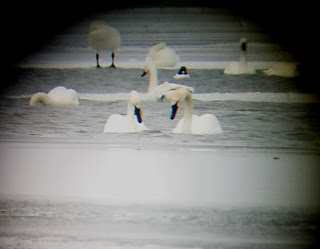 The pair eventually took off making their "trumpet" calls.  Earlier, while in the campground, I am certain I heard a Trumpeter Swan.

Across the Bay, the Greater White-fronted Geese and Snow Geese were in the mass of waterfowl.  It was difficult to get a number.  At one point I saw two small white geese, which were no doubt Ross's.  Later, Jim Burk managed to see five of the little geese.  I erred on the cautious side, so did not list them.

I moved on west and took a quick check of Blenheim Lagoons.  Two Snow Geese were there. 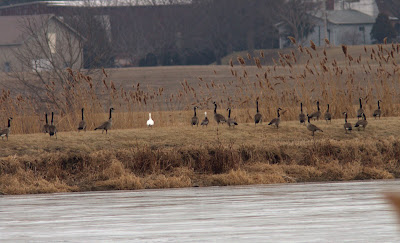 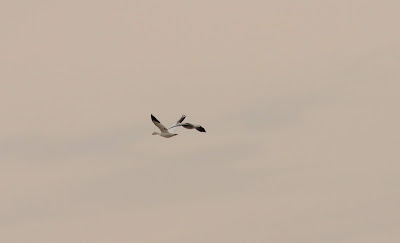 Farther west, I ended up at Hillman Marsh!  A Northern Shoveler and some other waterfowl were early spring migrants in the shorebird cell.  The resident Trumpeter Swan pair was in the cell as well. 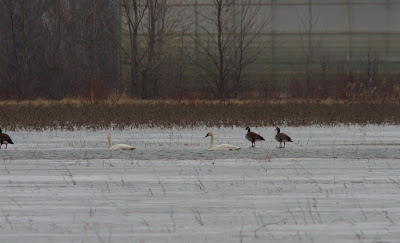 They eventually took off trumpeting!

To the east there was a mass of geese.  I went down the dead-end road and I picked out two Snow Geese (certain due to size).  Other birders had many Greater White-fronted Geese and some Ross's Geese in the area.
As usual, lots of trash at this end of the road.  A strange collection of dolls too! 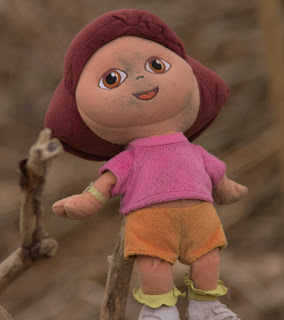 Sunday, I headed up along the St. Clair River noting all the ducks and geese.  Things started out well with a Greater White-fronted Goose at Brander Park, Port Lambton. 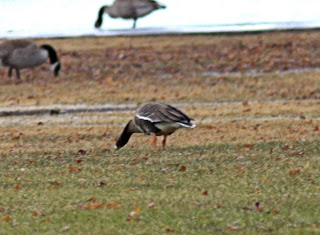 This was a new bird for my list there!
By the way, the 30 Sandhill Cranes are still being seen nearby, so they obviously wintered!

The wintering Tundra Swans were downstream, mid-river, of Fawn Island today, and not as much to see at Sombra.
Not much was at Cathcart Park today.

In front of Lambton Generating Station, a Ross's Goose stood out. 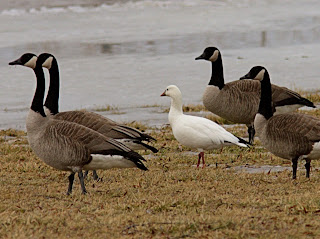 Who knows if it was one of the two seen earlier in the week farther downstream. 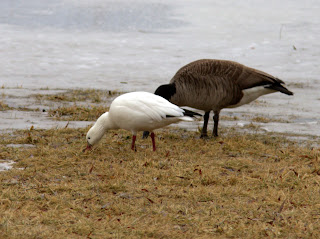 I headed east and north and ended up at Ausable River Cut CA!  I find this place rather intriguing. 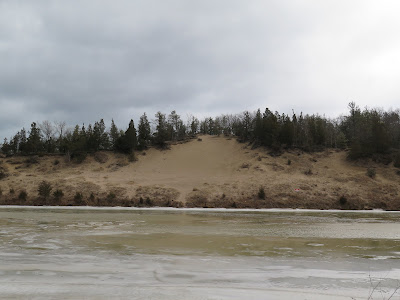 Half way through the walk, the high winds kicked in, so I hurried back.  Before that at one point, I heard an Evening Grosbeak calling across the cut.
The usual chickadees and nuthatches were working the area.  No Hermit Thrush today!

On the way home I saw lots of Red-winged Blackbirds, expected this time of year. 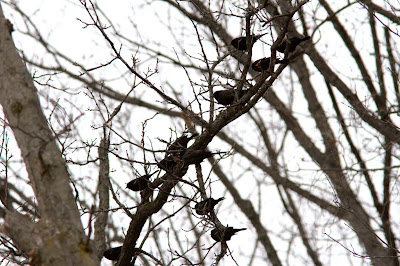 I went for a walk at McKeough CA, but was cut short due to the wind and a snow squall.  I did see a couple of Long-eared Owls.  These birds are not really approachable. 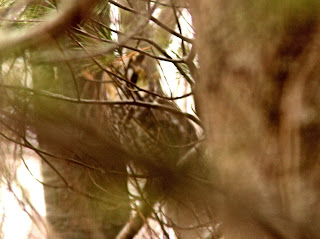 Now that March is approaching, we will be outdoors more often to see what has arrived!

Weekend Waterfowl and Other Birds February 22-24