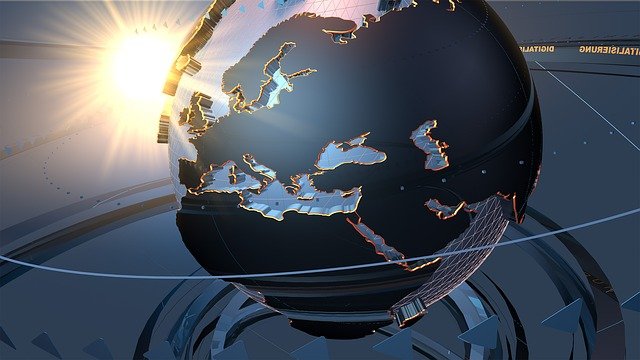 It’s time to get a Biblical perspective of what’s really happening in the world.

With so many changes happening so quickly in the world today, we need to know the truth more than ever before. Deception can cost us our life, so it is wise to learn as much as we can about the truth and this post is written to help with that.

For most of my life, including nearly four decades of Christian life, I thought I had a Biblical perspective, so it was quite shocking a few years ago to discover that just about everything I’ve ever been taught about the world is false. It really shouldn’t have been so surprising because the whole world is under the power of the evil one, the father of all lies. (John 8:44, 1 John 5:19) Doesn’t it seem likely that anyone living in such a toxic environment could be adversely affected by it? Even Christians can be misled unless we know the truth.

I believe the reason why I came out of my deception was because I started pursuing righteousness more diligently than ever before, confirming that the fear of the Lord is the beginning of wisdom and understanding. (Proverbs 1:7, 9:10, 15:33) And I believe this same key works for anyone willing to use it.

The paradigm shift not only gave me a clearer understanding of the world, but also helped me see many of my brothers and sisters in the Church are still under the same deception that I was under. So this has motivated me to study more because the more understanding I gain the better I can explain things to others. Yet, even despite my best efforts, I know some who read this post will be offended by it and dismiss it as bunk because it’s not the way they’ve understood things to be.

Since we live in this darkened world with so much craziness happening all around us, I think it would be wise to consider the implications of this darkness because doing so can help us realize that nothing is as it appears to be and just about everything we’ve ever been taught about the world is a lie. This is especially true for world events, including past, present and future, making it impossible to understand what’s really happening. We would be wise to consider the possibility that we too have been infected with some of these poisonous lies, but admitting such a thing as that requires a heaping dose of humility which unfortunately seems to be a rare commodity on this planet. As Mark Twain once said, “It’s easier to fool people than to convince them that they’ve been fooled.”

After being bombarded with lies our whole life, the truth can sound strange when we first hear it, making it hard to believe. But the good news is that God has given us three reliable sources to help us sort out all this mess. First is the Bible, the Word of God, which is 100% true and reliable, even when we don’t understand it. The second is the Holy Spirit who has been given to everyone who has surrendered their life to the Lordship of Jesus Christ. He bears witness with our spirit and guides us into all truth. And the third source of wisdom is the one that King Solomon discovered, the lessons of history which reveal predictable patterns. (Ecclesiastes 1 and 3)

The Bible gives us many helpful insights into world events, but since this is just a short post and not a book, I am highlighting just one of them here, which is the dream God gave to Babylon’s King Nebuchadnezzar in which he saw the future four kingdoms of the world illustrated in the different parts of a huge statue. Since we now have the benefit of hindsight to identify those kingdoms, Bible scholars agree the legs of iron represent Rome, but Nebuchadnezzar’s dream also revealed the same iron that formed the legs was in the feet and toes. Since the feet and toes remain intact until the end of this age, this fourth kingdom has not ended. It will continue reigning over the earth until the Lord Jesus Christ returns to destroy it, breaking it into pieces. (Daniel 2:44)

This conclusion contradicts everything we’ve been taught, but there it is straight from the Bible, forcing us to choose whom we believe, a darkened fallen world under the power of Satan or the perfect word given to us by God who cannot lie. It sounds like an easy choice doesn’t it?

Today Rome does not appear to be ruling much of anything besides Italy and the Catholic Church, but that’s because the iron in the feet and toes was mixed with clay so it was no longer openly visible as it was in the legs. Likewise, Rome no longer operates their kingdom openly, under the Roman banner, as they did for centuries. A transition occurred when the legs turned into the feet and toes, which can be identified historically by major changes in Rome that occurred in 1814 when the Jesuits were reinstated by the Vatican after being suppressed for 41 years. They have controlled the Vatican ever since, so any reference to Rome today is actually referring to their new management, the Jesuits. Although Rome remained just as unyielding as iron in their pursuit of their goals, the Jesuits changed their tactics to rely on stealth, deception and infiltration, all for the purpose of manipulating the clay. And they’ve had great success because clay is so easily manipulated.

Yet, despite being a mixture of iron and clay, this kingdom is far more powerful, more terrible and more dangerous than they were before and is now doing what no previous kingdom has ever done, trampling down the whole earth and bringing it into submission.

And the fourth kingdom shall be as strong as iron, inasmuch as iron breaks in pieces and shatters everything; and like iron that crushes, that kingdom will break in pieces and crush all the others. (Daniel 2:40 NKJV)

After this I saw in the night visions, and behold, a fourth beast, terrifying and dreadful and exceedingly strong. It had great iron teeth; it devoured and broke in pieces and stamped what was left with its feet. It was different from all the beasts that were before it, and it had ten horns. (Daniel 7:7 NKJV)

“Thus he said: ‘The fourth beast shall be a fourth kingdom on earth, which shall be different from all other kingdoms, and shall devour the whole earth, trample it and break it in pieces. (Daniel 7:23 NKJV)

This kingdom consists of two completely different substances which will never mix because the iron has allegiance to Rome while the pieces of clay, which consist of small pieces lumped together into nation states, each giving allegiance to their own nation. Since Rome now rules by deception, we’ve been led to believe that the strength of the kingdom is in the clay, in the hands of our national leaders, people whom we believe we can trust, but the Bible reveals this is a lie. (Daniel 2:43) The true strength of this kingdom is not in the clay but remains in the iron, in Rome, just as it has been for over two thousand years. (Daniel 2:41)

With this perspective, we can begin to understand what’s really going on and avoid being deceived by the lies of the mainstream news media and our political leaders who have sold us out for their own gain. We can begin to understand the culprits behind the scenes is not the deep state or the Jews or China or Russia or a host of other suspects. That is all confusion which is even promoted by the Jesuits to deflect our attention elsewhere.

By identifying the true culprits, we can begin to expose the darkness to the light and push back against Rome’s evil agenda. Our forefathers in the faith, men like Martin Luther, John Knox, Charles Spurgeon, and many others understood this and had great success pushing back the darkness in their generations, so we can too.

The post It’s time to get a Biblical perspective of what’s really happening in the world. first appeared on Z3 News.

It’s time to get a Biblical perspective of what’s really happening in the world.