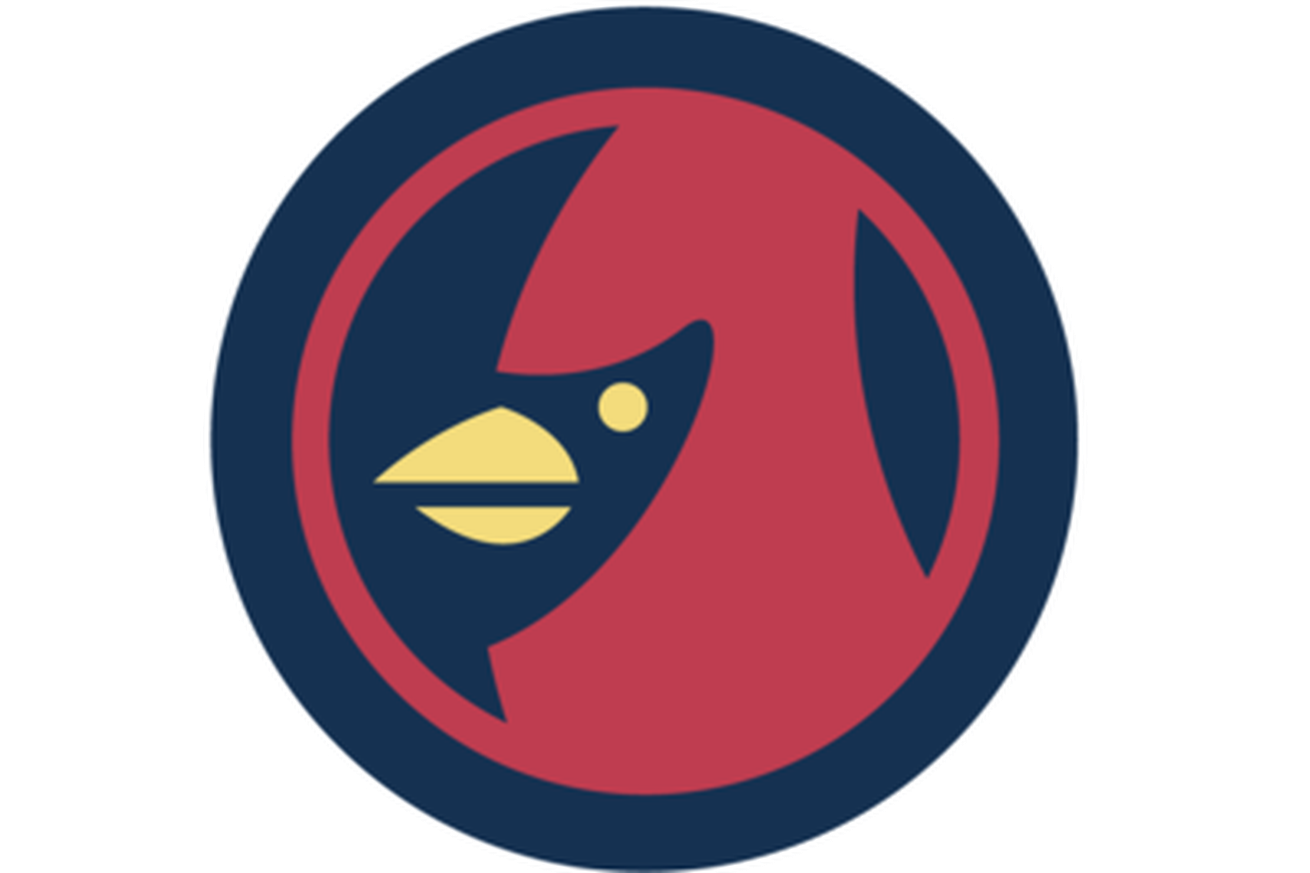 The Cardinals’ four full-season minor league affiliates are scheduled to open the season on May 4th, 2021. In this piece, I will preview the Palm Beach Cardinals, now the Cards’ Class Low-A Affiliate after being re-classified from Class-A Advanced.

It is first important to note that that the old Florida State League, in which the Cards’ Palm Beach affiliate used to play, has been switched from a Class A-Advanced League to a Low-A League. Palm Beach and Peoria have swapped classifications. This was basically designed to reduce inter-affiliate travel among successive minor league classifications within an organization. Although it hasn’t happened for every club in the majors, Matt Eddy of Baseball America reports that the Cards are one of six clubs that will save more than 2,000 miles of travel between affiliates with this switch. The Cards train in Jupiter, Florida in spring training, and also hold extended spring training there. A player can start in extended spring training, move to the Gulf Coast League in this same complex, and then switch to the new Low-A league all without any travel at all, instead of having to travel to Peoria, Illinois upon promotion from the complex league. The Florida weather is more favorable for prospects from the Dominican Republic playing their first full seasons stateside. There’s no getting around an over 1,200 mile trip from Jupiter, Florida to Peoria, Illinois for players promoted from Low-A to A-Advanced, but now they don’t have to go from Jupiter to Peoria, back to Jupiter and then to Springfield.

The old Florida State League was a 12-team league. Two clubs, the Charlotte Stone Crabs (Rays) and Florida Fire Frogs (Braves) have been eliminated from organized baseball. The name of the new league is the catchy Low-A Southeast. The Palm Beach Cardinals will play in the East Division alongside the Daytona Tortugas (Reds), Jupiter Hammerheads (Marlins) and St. Lucie Mets (Mets). The Bradenton Marauders (Pirates), Clearwater Threshers (Phillies), Dunedin Blue Jays (Blue Jays), Fort Myers Mighty Mussels (Twins, name change from the Miracle), Lakeland Flying Tigers (Tigers) and Tampa Tarpons (Yankees) round out the West Division. In 2019, the Cards had Charlotte, Fort Myers, and Bradenton in their division, in addition to St. Lucie and Jupiter.

All Low-A Leagues, including the Southeast, will have a pickoff limitation in place. A pitcher will be limited to two pickoffs or step-offs per plate appearance while there is at least one runner on base. A balk will be called if a pitcher attempts a third one and the runner gets back to his base safely. Depending on the results of this experiment, the pickoff limitation might be reduced to just one.

The Low-A Southeast League will feature the Automated Ball Strike system (ABS) in select games. This system premiered in the All-Star Game of the independent Atlantic League in 2019, and was later used by one park in the Arizona Fall League later that year. A synopsis of how the TrackMan device works may be found here. Basically, the device, which looks like a black box, works off of Doppler radar, and calibrates the batter’s strike zone. The pitch is thrown, and the umpire is notified in a voice through an iPhone using an earpiece whether the pitch is a ball or a strike. The umpire then makes the call, and has the power to override an obviously wrong call like a bounced pitch.

*Manager: Jose Leon. Leon was drafted by the Cardinals in the 22nd round of the 1994 draft out of a Puerto Rico high school. Primarily a third baseman, he was considered a decent power-hitting prospect. In the year 2000, he was 23 years old and repeating AA Arkansas when the Cards sent him to the Baltimore Orioles at the trade deadline for Will Clark, one of Walt Jocketty’s deadline masterpieces. He was the hitting coach for the DSL Cardinals in 2018 and managed the State College Spikes in 2019.

*Pitching Coach: Dean Kiekhefer. Kiekhefer also played in the Cardinal organization, having been drafted as a pitcher in the 36th round of the 2010 draft out of the University of Louisville. The Cards added him to their 40-man roster in November of 2015, and the lefty pitched 22 innings over 26 games for the 2016 club before being DFAd in December of 2016 and claimed on outright assignment waivers by the Seattle Mariners. He re-surfaced in the majors with the 2018 Oakland Athletics, but only for four September games before being outrighted. He was invited to spring training by that club in 2019, but didn’t make the roster and spent almost the entire season on the injured list. After being declared a Rule 55 minor league free agent, he retired as a player that November. Kiekhefer was set to make his coaching debut last season as the pitching coach for State College last season before the 2020 minor league season was canceled.

*Hitting Coach: Daniel Nicolaisen. A native of Denmark, he comes from the world of softball. Nicolaisen graduated from Neumann University in Aston, Pennsylvania in December of 2016. In addition to serving as a softball instructor for the Danish Softball Federation, he was most recently the Assistant Coach for the women’s softball team at Seton Hall University. He was set to be the Hitting Coach for Johnson City in 2020 before the minor league season was cancelled.

*Strength and Conditioning Coach: Ross Hasegawa. This will be his third year on the job.

*Note that this roster is tentative. There may be injured list placements or re-assignments before May 4th. Also note that the typical allowable size of a Class A active list has been 25 players, but that has been increased to 30 for this season. Part of the reason the rosters are being expanded is to deal with the fact that it will be more inconvenient for players to switch levels due to COVID-19 protocols. J.J. Cooper of Baseball America also reported that Class A clubs would send pitchers to lower levels for only a few days so that other players could get playing time, but the players sent to other levels would not even leave the team. The roster size increase will discourage the use of such gambits. Clubs are not required to field a full roster of 30, and Palm Beach looks to open with 27.

*Four of the club’s seven draft picks from the 2020 draft have been assigned to Palm Beach: 3B Jordan Walker (1st round), SS/RHP Masyn Winn (2nd round), LHP Levi Prater (3rd round) and OF L.J. Jones (5th round).

The remaining methods of acquisition of the rest of the players is as follows:

*All of the 2020 draft picks, the undrafted American college players and Edwin Nunez are all making their professional debuts at this level, for a total of 9 players.

*Guay, Justo, Moreno, Ortiz, and Lott all topped out at Rookie level Johnson City in 2019.

*The most puzzling assignment is the 26-year old Ramon Santos. He’s been in the organization since 2012, split the 2017 season between Peoria and Palm Beach, and spent most of 2018 with AA Springfield, before repeating Palm Beach in 2019. He has pitched 99 games at the Class A-Advanced level or above, spent part of 3 seasons at the Class-A Advanced level, and is now being assigned to Low-A, a level at which he has not pitched since 2017. His strikeout rates were fairly low when he moved up the chain, but when he repeated Palm Beach in 2019 as a 24-year old, he posted a 27.3% K rate, which was easily the best in his career. His FIP of 3.00 was the best he had since he was 18.

*Winn has been promoted as a two-way player, but is listed on the roster as an infielder. The club’s home page and press release conflict on position designation for some players. The press release designated Todd Lott and Donivan Williams as infielders, but the club’s roster page on their website calls them outfielders. Lott’s only professional experience has been at first base for Johnson City in 2019. Willams played the outfield in the Gulf Coast League in 2017, but second base exclusively ever since. I’ve listed both as infielders.