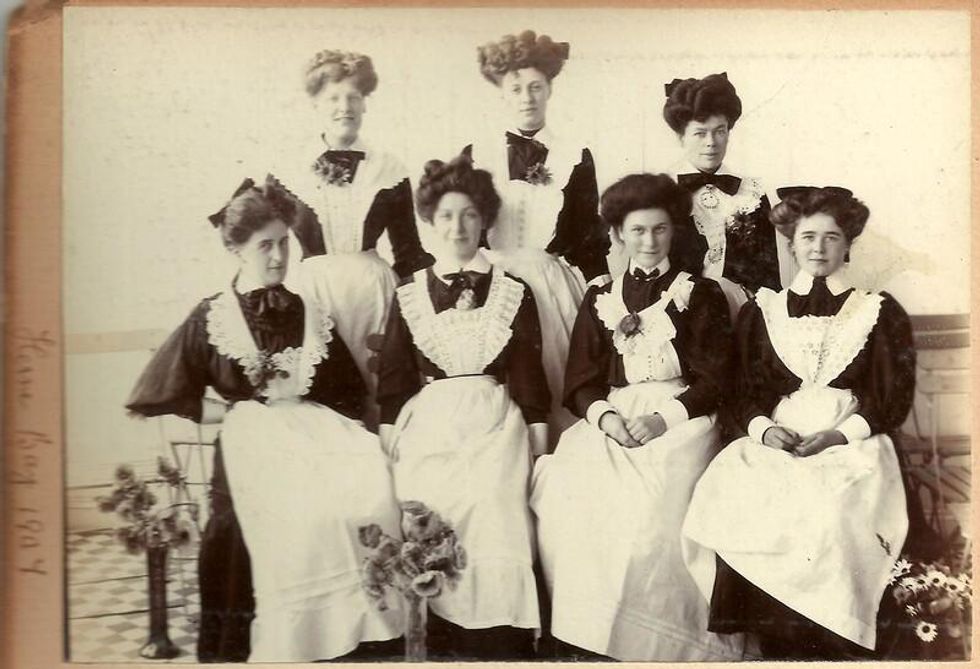 Pandemic Made Hotel Housekeeping Worser Job Than Ever, Because People Are *DISGUSTING* 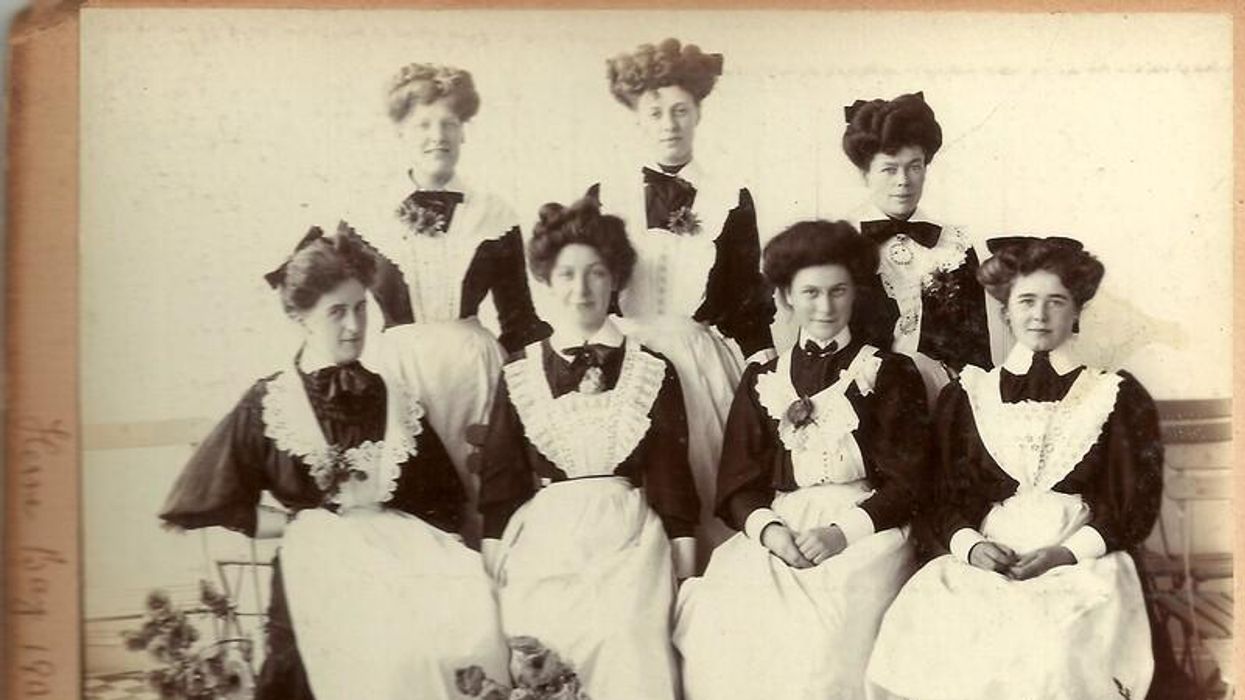 As you should know by now, Yr Wonkette is inextricably drawn to stories of worker solidarity (or the glaring need for it), and also to stuff that's just unspeakably gross. So this Los Angeles Times story on how the pandemic has managed to make the job of hotel housekeeping staff even more dangerous and stressful was right up our alley, because it makes us want to 1) march in the streets for better working conditions, and also to 2) gag.

There, we think we may have sufficiently warned you that we're going to be sharing the very grossest details from the subscribers-only story. (What, the LA Times only wants paid subscribers to read the muckraking?) If you're easily nauseated, go read something nice about vegan baby buttholes instead.

Times staff writer Hugo Martin knows that you need a good catchy lede, so he wastes no time getting to the ick, letting us know that in 21 years, housekeeper Christina Velasquez has seen travelers leave behind some ungodly messes, but that the state of a room at Hollywood's Hilton Garden Inn "still haunts her" (last chance to jump ship, queasy readers!):

As she stepped in, she was hit with what smelled like dead animals and the sight of blood on the bedsheets. Lots of blood. Also, maggots and hypodermic needles. Velasquez reported it to her manager, who merely told her to clean it up as fast as possible. She was on a tight schedule. There was no time to investigate.

“It was gross,” Velasquez said in Spanish. “I lost my appetite that day.”

The article emphasizes that this isn't just a story about disgusting messes, but also very much about labor conditions: The pandemic has led most hotels to make daily room cleaning optional, which has led to more and more shit — sometimes literally — piling up in rooms where guests stay multiple days. That's not just more work for housekeepers, but also more dangerous, since many human beings are disgusting garbage animals.

Martin notes that demand for hotels in Southern California and much of the country is at or near pre-pandemic levels, but hotels haven't returned to pre-pandemic levels of staffing, so a smaller number of housekeepers have to clean bigger messes in about the same time that they used to, when only a single day's worth of filth had accumulated.

In Southern California, about 70% of the housekeepers have been rehired since hotels were shut down and thousands of workers were furloughed at the onset of the pandemic, according to Unite Here, Local 11, a union that represents hospitality workers in Southern California and Arizona.

The messes housekeepers are reporting include mounds of fast-food wrappers, piles of dirty towels, containers of half-eaten takeout food, floors sticky with spilled drinks and, occasionally, feces smeared on bathroom walls. One housekeeper shared a photo with The Times of a bed covered in hundreds of nitrous oxide capsules, manufactured for whip cream dispensers but often used by people who inhale the gas to get a quick dizzying high.

Unite Here represents some 32,000 hotel and airport workers; co-president Kurt Peterson says that the new policies have meant that

fewer housekeepers are now required to perform roughly the same number of daily cleanings on the same short deadlines as before the pandemic, but increased messiness makes those jobs more labor-intensive. [...]

“The pandemic has been an unmitigated, nonstop health and safety disaster for housekeepers,” Petersen said. “Cleaning a room that has been left untouched for days is not only more difficult and time-consuming, but it is far less safe for guests and workers.”

And that's in an occupation that even before that pandemic had among the highest rates of on-the-job injuries in the service industry, often resulting from lifting mattresses to change the sheets or moving furniture around to vacuum or dust. (Janitors and custodians, who are classified differently in government stats, also have hellishly high injury rates, while nursing assistants, who have to pick up actual human beings in beds, have the most injuries requiring them to take time off work.)

Velasquez told Miller she regularly goes home with sore knees and an aching back, and that if hotel guests had to do her job, maybe they wouldn't leave such horrible messes, which suggests she somehow has retained a higher estimation of human empathy than a lot of hotel guests deserve. And Jesus, her workday brings to mind the stories people told Studs Terkel for his classic 1974 oral history, Working. She kept a log of one eight-hour shift, with photos, that she shared with Martin:

Her manager required her to clean 14 rooms that day. That includes changing the bedding, cleaning and disinfecting the bathroom, dusting, replacing soiled towels, vacuuming the carpeting and mopping the tile and hardwood floors. With a 30-minute break for lunch, that would give her only 32 minutes per room.

She began her shift at 8:32 a.m. It took her 45 minutes to clean the first room. Piles of soiled towels littered the bathroom and trash was strewn throughout the room, outside of the trash bins. She was already behind schedule.

The second room was much cleaner — no trash or towels on the floor — and she was able to complete it in 30 minutes. But by 10 a.m. she had cleaned only two rooms. [...]

By the time of her lunch break, she had cleaned only five of the 14 rooms she was assigned to complete. She was frustrated and tired. Velasquez said she has told her manager repeatedly that the rooms are too cluttered and dirty for her to meet the daily quota. Keep to the schedule, she is told.

And then there was the twelfth room of her day, when her workday was supposed to almost be over. The guest had smeared shit all over the walls of the shower stall, because human beings are just the worst.

“I don’t know what kind of people are staying here,” she said. “Why do they do this? Maybe they feel they have the right to do this.”

It took her more than an hour to clean the room, using bleach to get the smell out of the bathroom.

Several of her co-workers had to come to her aid so she could finish all 14 rooms by the end of her shift at 5:30 p.m.

See also David Sedaris's 2005 "This American Life" story about all the many ways people leave poop in retail dressing rooms and clothes racks, FOR THE LOVE OF GOD MONTRESSOR I AM ENCASED IN SHIT!

Martin notes that Velasquez seldom finishes her impossible job on time, and worries she may be fired for not doing the nearly impossible amount of work she has. But at least she's in the union, so imagine how bad it must be for folks without representation.

Also too, we damn sure hope Ms. Velasquez doesn't face retaliation from the management company that runs the hotel where she works; the general manager had no comment for the story, but a spox for Hilton Hotel & Resorts

said the company offers guests the “choice and control over the level of housekeeping services they desire” because guests may have “varying levels of comfort with someone entering their rooms after they have checked in.” [...]

A survey conducted for the American Hotel and Lodging Assn. found that 81% of hotel guests feel safer staying in a hotel if daily housekeeping is suspended.

In conclusion, people are terrible, jobs are terrible, the pandemic is making it all worse, and employers are wondering why they're having trouble recruiting workers for shit work with shit pay?

Yr Wonkette is good and mean mad, and is funded entirely by reader donations. If you can, please give $5 or $10 a month so we can keep grossing you out and making YOU mean mad. We all need to stay mean mad and change this.

Pandemic Made Hotel Housekeeping Worser Job Than Ever, Because People Are *DISGUSTING*