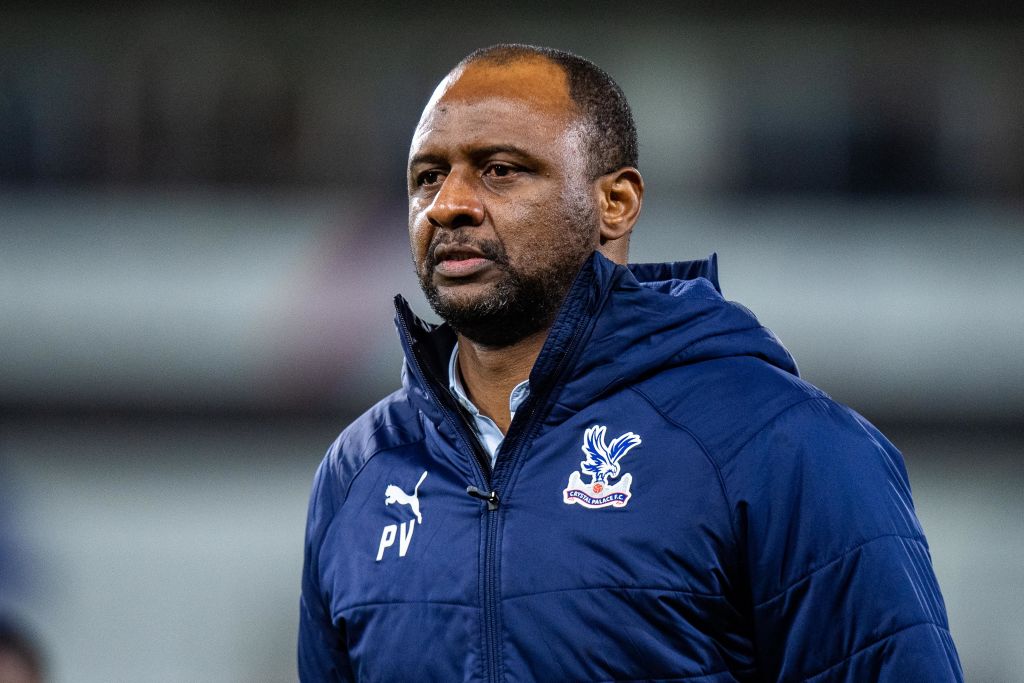 Patrick Vieira has played down talk linking Crystal Palace with a move for Arsenal forward Eddie Nketiah in the January transfer window.

The Gunners academy graduate is out of contract in the summer but current boss Mikel Arteta has insisted he will stay at the Emirates Stadium this season.

Palace made a move for the England Under-21 international in the summer but failed to agree a fee with their north London rivals.

Nketiah has since been forced to play a bit-part role this term, having been afforded the majority of his opportunities in cup competitions.

With Pierre-Emerick Aubameyang having been banished by Arteta and currently unavailable due to his international commitments, the Arsenal manager is, however, reluctant to let Nketiah depart with his squad already stretched.

‘He is an Arsenal player and his manager makes it clear he will stay at Arsenal,’ a frustrated but respectful Vieira said ahead of Palace’s trip to Brighton this weekend, ‘I have nothing to comment.’

Palace’s hopes of landing one of their long-term targets could improve were Arsenal to sign a striker themselves, but their chances of landing Dusan Vlahovic still remain remote.

Indeed, Fiorentina president Rocco Commisso has warned Vlahovic that he won’t be ‘screwed by players’ following failed talks with the striker’s representatives.

'What do you do?' - Paul Merson left baffled by Arsenal star's performances

The Viola chief revealed that Fiorentina have yet to make a decision over whether to sell Vlahovic this month but urged the striker to ‘give recognition’ to the Serie A club.

‘We are under active considerations as to what to do,’ Commisso said. ‘He developed here. And he should give recognition, whatever happens, to the club that got him to where he is.’

Commisso, values Vlahovic at €75m (£62.6m), also said of his time in charge of Fiorentina: ‘The more I live here, with this crazy sport, the more I realise how screwed up it is.’