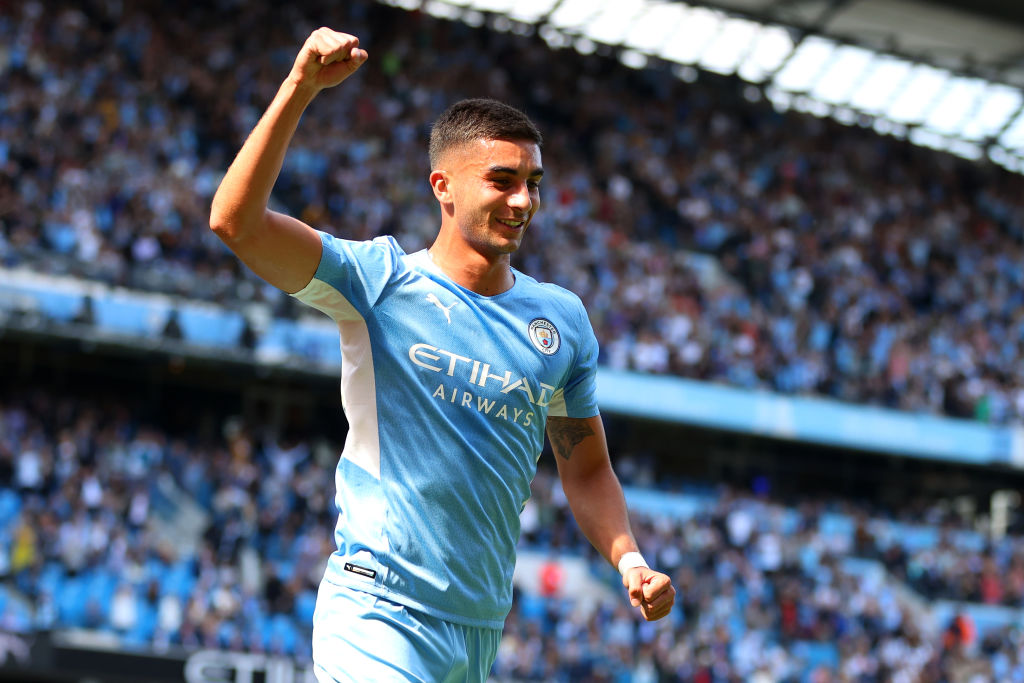 Pep Guardiola insists he totally understands Ferran Torres’ motives for seeking a move to Barcelona with the Spain international on the verge of joining the Cataln giants.

The 21-year-old joined the Premier League champions 18 months ago and although he showed flashes of promise during his debut campaign, he has failed to settle in England.

Torres has missed the last three months, meanwhile, with a foot injury but is closing in on a return to full fitness and is putting the finishing touches to his dream move.

Speaking ahead of City’s Boxing Day clash against Leicester, Guardiola said: ‘Absolutely not (disappointed). If you want to leave because you’re not happy here, you believe you’ll be happy in another place, you have to go.

‘The career is short, one day it’s over. If he wants to leave, absolutely no disappointment. It’s his desire, I’m happy for him.

‘If we had just two or three attacking players then maybe Ferran would think he had more chance to play and stay longer.

‘Always I have the feeling that when Barcelona or Real Madrid knock on the door of players then it is difficult to say no. So difficult.

‘They are still the strongest teams in the world in terms of fashion, cities and many reasons. He is from Spain, Barcelona knock and I understand why he wants to leave.’

City currently lead the Premier League table by three points from Liverpool but when asked whether his club had any plans to replace Torres in the January window Guardiola played down the suggestion.

Raheem Sterling has returned to goalscoring form of late, while the likes of Riyad Mahrez, Phil Foden and Kevin De Bruyne are all capable of playing in a central position.

City launched an unsuccessful bid to sign Harry Kane from Spurs in the summer and are likely to wait until the end of the current campaign to finally secure a replacement for Sergio Aguero with Erling Haaland their No.1 target.