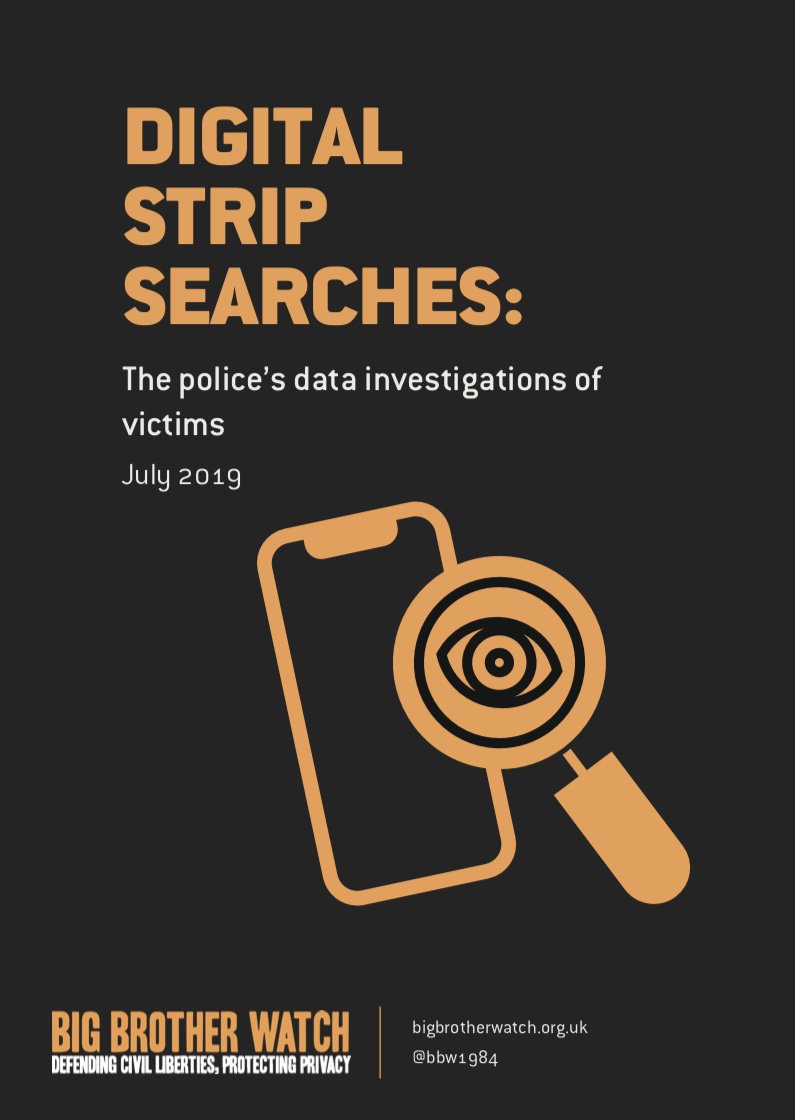 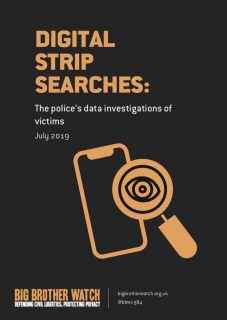 Digital interrogations have so far been used almost exclusively for complainants of rape and serious sexual offences.

We increasingly leave a data trail everywhere we go, and such data is sought in criminal investigations.

But research by civil liberties group Big Brother Watch has revealed that police are seeking masses of personal data by default that is not relevant to any investigation at all, and may not be lawful.

Big Brother Watch is a cross–party, non-party, independent non-profit organisation working for the protection of privacy and civil liberties in the UK.

And in their report, they point out that the scale and depth of the police’s mobile phone searches are incomparable with the police’s legislative powers to carry out physical searches, and would be considered intrusive searches even for most suspects of crime.

But now, police are also carrying out these intrusive digital searches on victims of crime.

And Big Brother Watch’s research shows that digital interrogations – these searches – have so far been used almost exclusively for complainants of rape and serious sexual offences.

In their report ‘Digital Strip Searches: The police’s data investigations of victims’ they outline how police, under pressure from the Crown Prosecution Service, are demanding victims sign blank cheque “consent” forms allowing access to their digital lives, warning them that the investigation will likely be discontinued if they refuse.

The police then use mobile phone extraction tools to download the contents of victims’ mobile phones and digital devices.

Victims who do give blanket consent to these digital interrogations are afforded no protections.

All the data taken from their devices, which can even include their social media accounts, can be kept by the police for up to 100 years.

Victims are told that if there is evidence of any suspected offences found in that digital information, police will subject them, or a person they have communicated with such as a friend or family member, to a criminal investigation.

These digital strip searches are not only cruel, invasive and causing major delays to investigations – they breach victims’ fundamental rights and obstruct justice.

These invasive practices are highly likely to infringe victims’ data protection and privacy rights protected by the Data Protection Act and the Human Rights Act.

Police chiefs formalised this new approach to victims’ data through a national policy in April 2019, and claim they can also be used for victims and witnesses of potentially any crime.

The searches appear to be driven by a generalised suspicion of complainants, and mobile data trails are increasingly being seen as character references.

By analysing victims’ digital lives, police attempt to infer “evidence” from information spanning years, analysing what kind of person they are, examining who they have relationships with, and even speculating about their state of mind.

Victims are faced with an impossible choice – the pursuit of justice or the protection of their privacy.

This creeping norm of using data trawls to treat victims like suspects marks a disturbing, radical change within our criminal justice system.

Any one of us could become a victim of a crime and suddenly find our private lives subject to intense digital scrutiny.

Those of us who refuse will be exempt from justice.

Big Brother Watch’s report is the first comprehensive examination of this new policy, and concludes by proposing  urgent reforms that would make the most of the opportunities digital evidence can bring to criminal justice, while protecting fundamental rights and the integrity of our justice system.