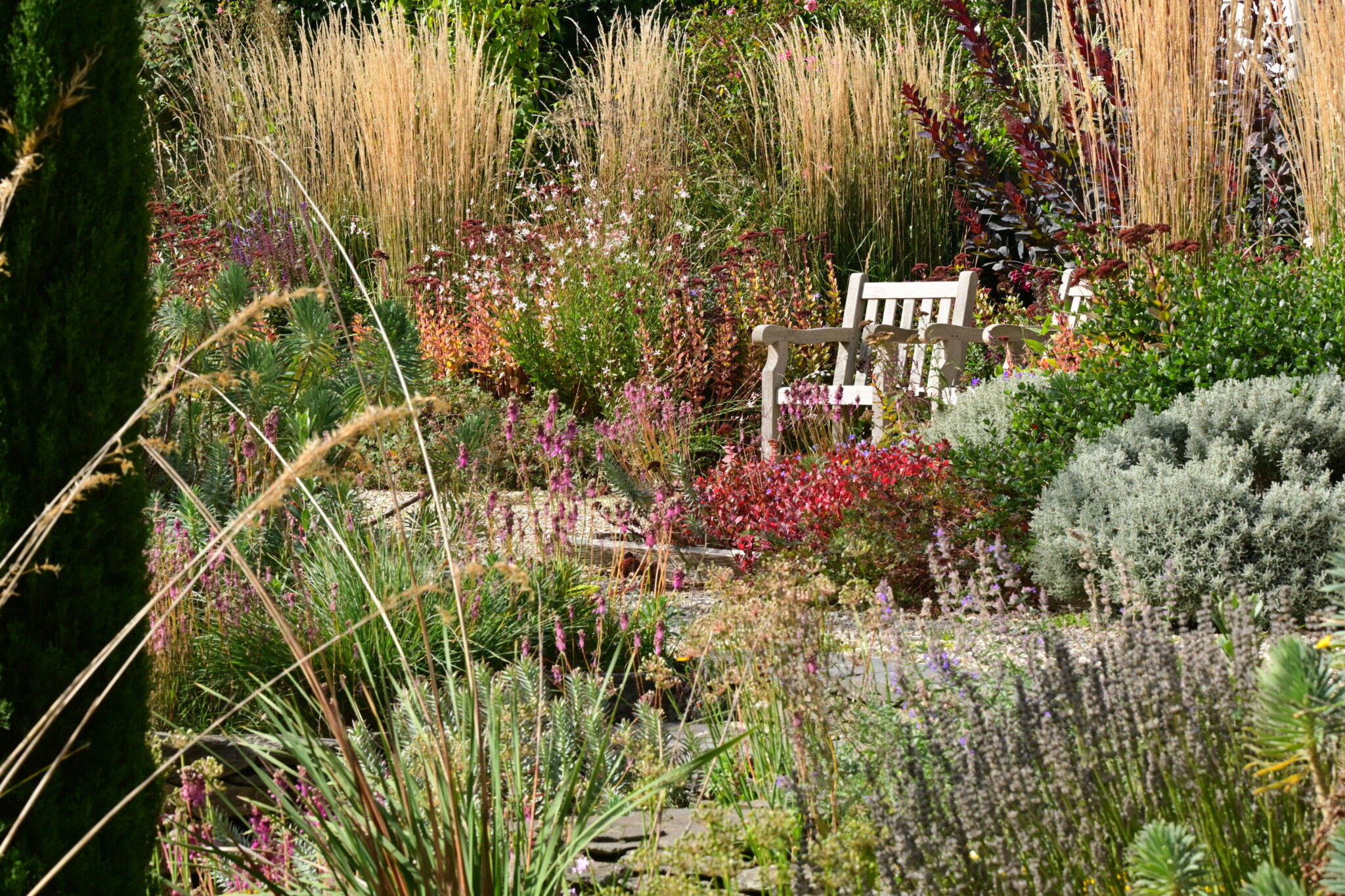 PLANT OF THE WEEK #52: Ceratostigma plumbaginoides

In the interests of fortifying the intention of this Plant of the Week blog to avoid being an impartation of expertise, and to instead facilitate the gathering of reader’s insights and experience, I’m diving into a piece on a plant about which I can speak with little confidence.

The plant is Ceratostigma plumbaginoides.  It’s one of those that’s so easy that you don’t bother to learn anything about it.  You shove it in.  It grows.  End of story, and enquiry.

Into that mix, add my ongoing confusion about the difference between C. plumbaginoides and C. willmotianum – the two most commonly available species here.  I don’t know how many times I’ve looked up the difference between them, and had them sorted, only to have to go through the same process when next I wanted to use or refer to them.  They’re like twins to whom you’re introduced at the same time, so that you know both of their names, but can’t quite recall which name pertains to which twin, so you avoid referring to them by name at all.

No doubt you’ll tell me if I’m wrong (and I need you to!!), but C. plumbaginoides is the decidedly low, ground-covering one, spreading my underground rhizomes.  When it dies away in winter, it leaves no woody structure, unlike its cousin.  The oval leaves are nice enough, and very, very late to emerge (which is just as well, since they can be burnt by late frosts), making it – at least theoretically – a great plant to grow over the top of bulbs, which would be dying away by the time it kicked into growth.

But you don’t know you want it until the first magically gentian-blue flowers emerge in mid to late summer, surrounded by red bracts, which provides the otherwise cool colouring with a lovely ember-glowing warmth.  From then, it just keeps getting better, flowering more heavily as the season progresses, as if it’s aware of its impending doom and is in a hurry to get the job done.  Then, in those last few weeks, the sky blue of the flowers is thrown into relief against a ruby-red background of autumn-toned foliage.

Any confidence I have about the kind of conditions that it likes best (always, in my assumption, full sun) were rattled about eight years ago when I saw it in apparent full shade, in the powder dry and root-ridden soil beneath old Italian cypresses in the Giardino Giusti, Verona, Italy.  It was growing amongst ivy, and was just popping up here and there, as if it was the ivy that was in bloom.   It was far and away the best use of it I’ve ever seen.  I can’t imagine how it coped with both the shade and the competition from the ivy, and can only assume that the ivy is cut down to the ground on an annual basis, in order to allow the Ceratostigma a head start, but I don’t know.

But certainly, in root-ridden soils beneath evergreen trees would be about the last place I’d think of growing it.  But it worked brilliantly.

The post PLANT OF THE WEEK #52: Ceratostigma plumbaginoides appeared first on The Gardenist.

PLANT OF THE WEEK #52: Ceratostigma plumbaginoides