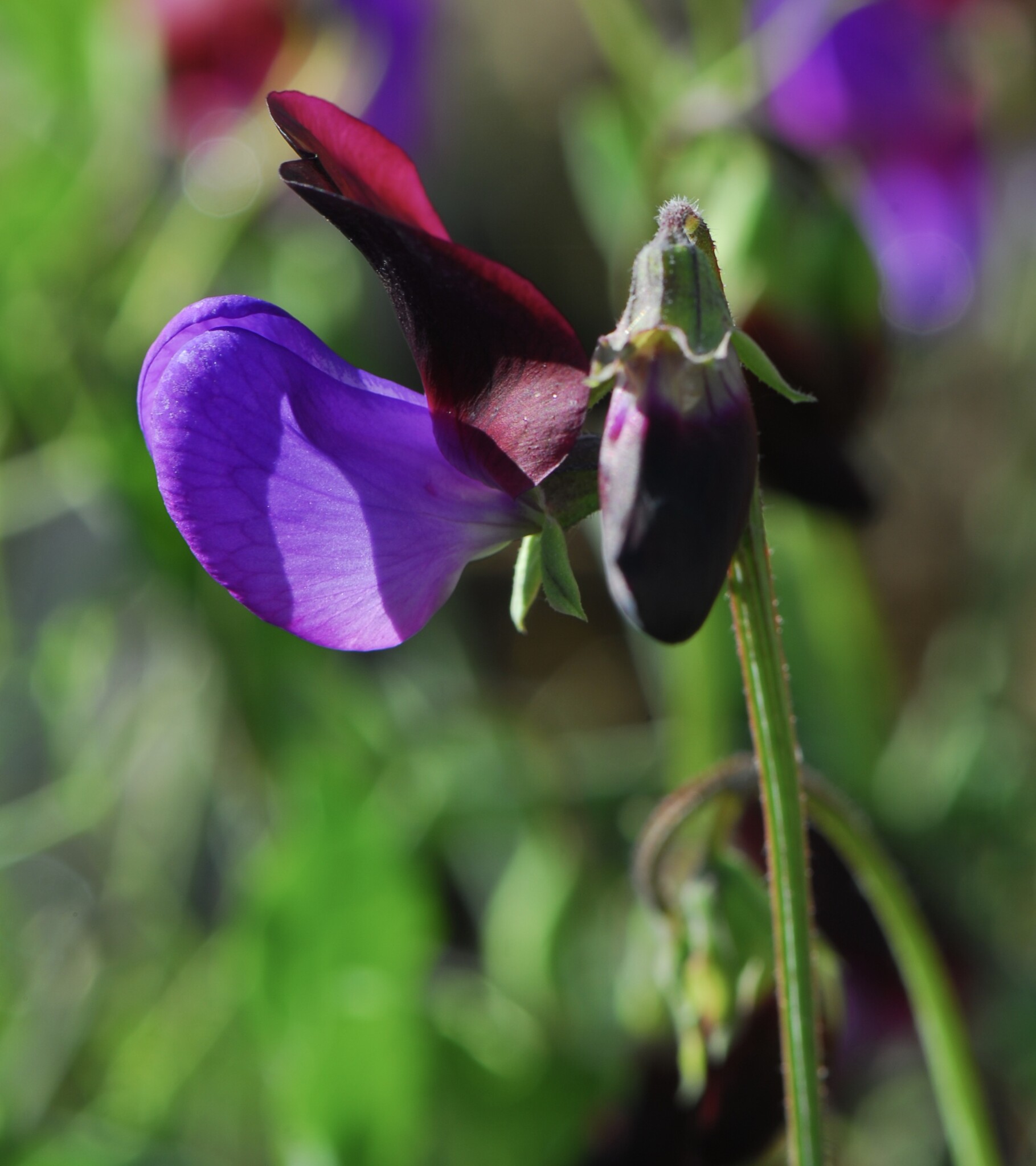 One fact stands above all else when you start to discuss the sweet pea named ‘Matucana’, and that is that its perfume is outrageously powerful and evocative.  Hand a visitor a stem, watch them sniff it, and then watch them temporarily disappear from your presence, as they’re transported off somewhere into their deep past, or to some other mysterious exotic location in their olfactory memory.

The other things worth knowing about it is that its colouring is as outstanding as its scent, it’s incredibly tough, and that you can largely dictate its flowering time by its sowing time (as is the case with most sweet peas).  As for its toughness, I’ve had it germinate, grow and flower pretty well beside my fire heap, in unprepared (if occasionally disrupted) soil.  No matter where it grows, it’s never watered here.  Furthermore, I’ve seen it coming up in quite hostile spots along fence lines on the boundary of the garden from which I was first given the seed.  It has never invaded the surrounding paddocks, so I don’t imagine there’s any danger of it making a full escape, but it’ll do it’s best in the roughest outer edges of your garden where it will happily scramble over nearby shrubs.

The fist year I grew Lathyrus ‘Matucana’ I planted the seeds in spring, and was picking many hundreds of stems for the Christmas table.  Ever since then it has just self sown about the place, usually germinating in the autumn (as is so often suggested for Australian conditions).  When this happens, it’s a spring flowerer, and is well finished by Christmas.  Then when you have a relatively easy summer like this last one, it’ll continue to germinate through the summer, and flower long into the autumn.  I have several plants still producing a succession of blooms now, when there’s absolutely nothing else going on in my garden.  The cold turns the volume down on its scent, of course, but bring them into a warm room, and kappow!

Like all sweet peas, the advice is that the more you pick them and prevent them setting seed, the longer they flower.  The trouble with that is that I just can’t keep up with the rate of flower production.  I’ve also found that the flowers of the first few weeks of production have much longer stems than those on a plant that has been flowering for months.

Finally, there’s its remarkable colour – of a royal, velvety, two-tone purple.  I’ve taken many a bunch to friends over the years, and never known anyone to be anything but enchanted, or overjoyed, and disproportionately grateful.

Does Lathyrus ‘Matucana’ self-sow generously for you?  Where?

The post PLANT OF THE WEEK #56: Lathyrus odoratus ‘Matucana’ appeared first on The Gardenist.