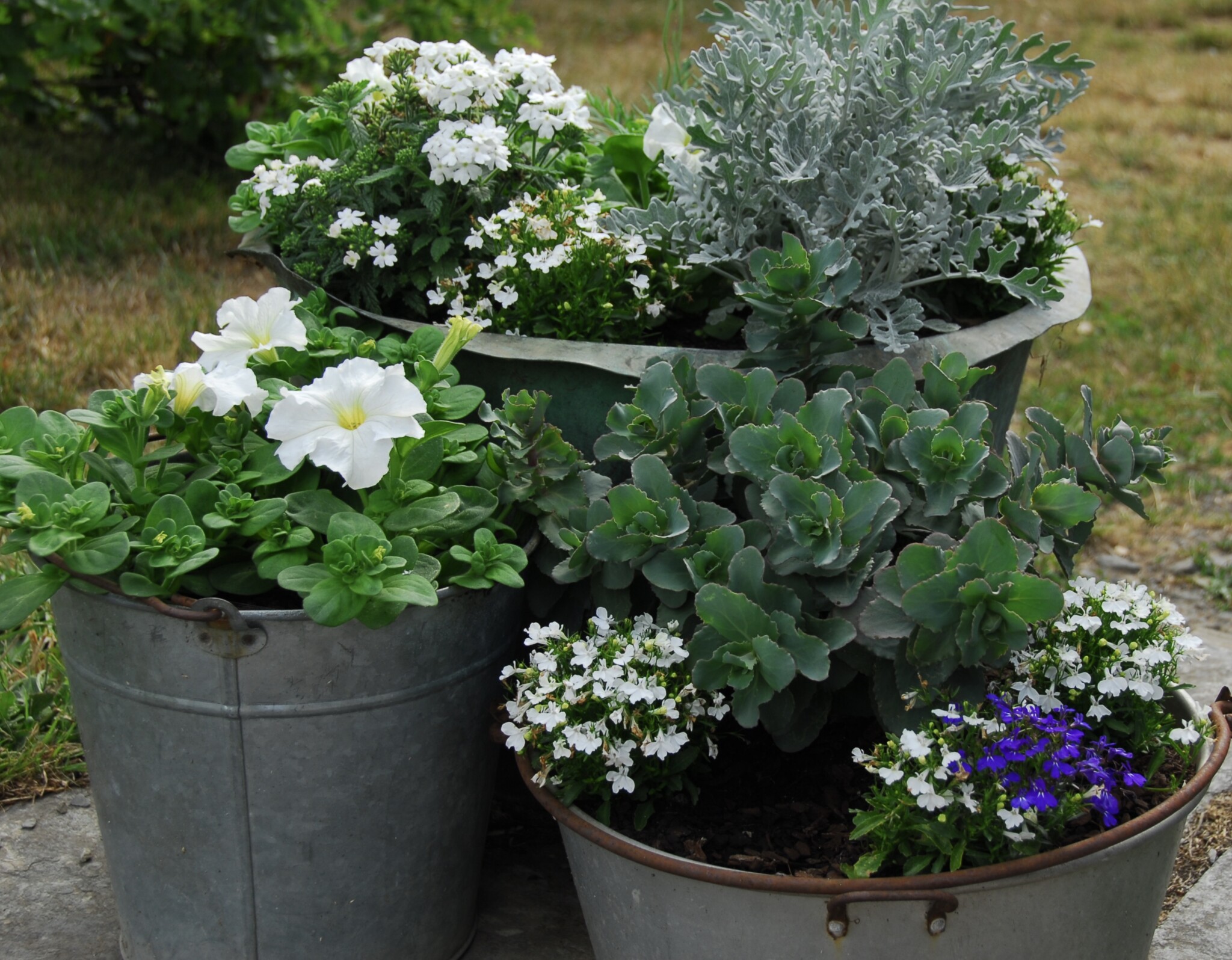 PLANT OF THE WEEK #58: Jacobaea martima

The whole Plant of the Week thing has a natural tendency towards spotlighting hero plants – the ‘A’ listers of the horticultural world.  But if there’s one thing I’ve learned over the last thirty years (and it’s taken most of that time) is that gardens are not made great by precluding all but great plants.  Planting is a team sport, and every hero plant, or superstar, needs to be surrounded by a host of humbler things in order to really shine.

And in this spirit (and with a dose of desperation, given how short on hero plants my garden is right now), I bring to you the rather humble, but infinitely worthy, Jacobaea maritima.

You probably know it as Cineraria maritima, or Senecio cineraria, or perhaps silver ragwort, or maybe, along with pretty much every silver plant from, or appropriated by the English-speaking world, as ‘Dusty Miller’.

Being super-fast growing, it’s usually used as an annual, and I I bought mine a few years ago as ‘colour pots’ from Bunnings, in the mix of their ‘advanced’ annuals.  I’d just assumed that it would either be frost tender, or at least intolerant of the long, wet, cold winters we have here, or that it would simply exhaust itself, like so many fast growers, after a couple of growing seasons.  Turns out that it isn’t so, and that with regular brutal cut-backs, it’s capable of lasting many years indeed.  All from a $2 pot.

Jacobaea maritima is the ultimate team player.  It’s the perfect mixer.  Nearly everything (except, perhaps, yellow) looks better in its company, and it seems to be more than capable of performing while being draped over by surrounding company.

Somewhere along the line I picked up a form with less extravagantly divided foliage, which is very like a form online known as ‘Cirrus’.  As grateful as I am for the lacy-leafed forms, this variety takes my appreciation to a whole new level.  It’s outrageously metallic in appearance, and glows out in the vegetable garden, which I’m overlooking as I write.

Jacobaea maritima is not without its faults.  It regularly seems to hollow out underneath as old leaves shed, signalling that it’s time for a hefty cut.  From my experience it can be cut has hard as you’re prepared to go, and will shoot back immediately, at a rate in keeping with the season (it’ll be way slower to recover in winter).  The other big fault is that it has yellow flowers, and I can hardly think of a grey-leafed, yellow flowered plant that I love (wait – there’s Verbascums (with admittedly clear, clean lemon flowers, which sets them apart), horned poppy (Glaucium flavum), tulip poppy (Hunnemannia fumariifolia).  I clearly spoke too soon).  Or maybe it’s that slightly dirty, mustard yellow that’s the killer.  But it’s an easy fix.  Simply trim it over every time it starts to produce flower stems.  If you combine that with a major cutback, you shouldn’t really have to do it more than two or three times a year.

The post PLANT OF THE WEEK #58: Jacobaea martima appeared first on The Gardenist.

PLANT OF THE WEEK #58: Jacobaea martima