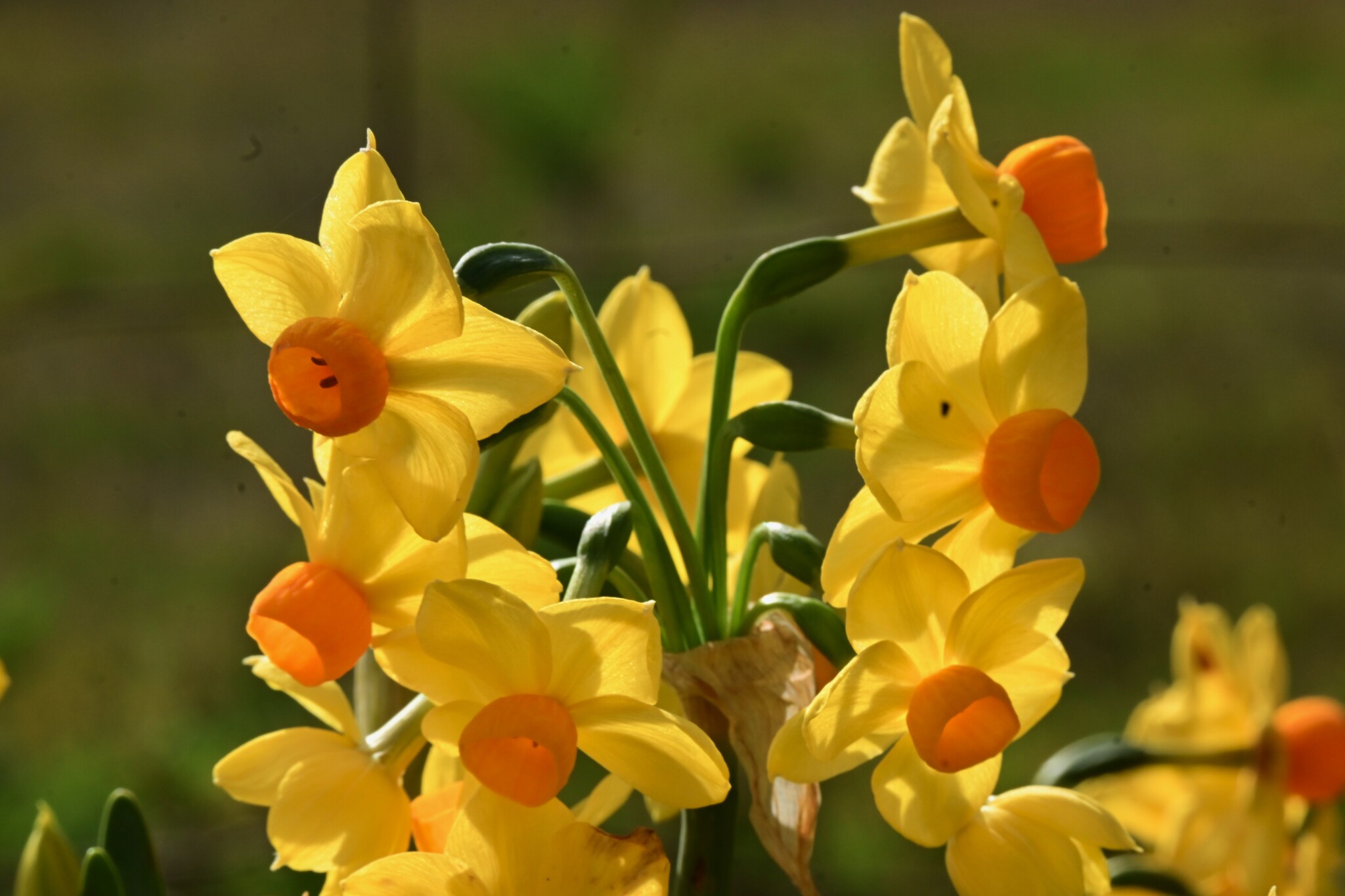 PLANT OF THE WEEK #67: Rubbish jonquils

I’ve given up trying to decide what I think about jonquils – particularly the indestructible and ubiquitous Narcissus ‘Soleil d’Or’. The arguments for and against them provide no clear position.

I love that they’re scented.  It gives me such warm, fuzzy feelings that a plant that flowers at this most hostile time of year should do so so sunnily, with such warmth of colour and generosity of scent.  But then I bring some inside.  Someone in the family immediately complains about the pong.  I do my best to defend and redefine the pong, then having detected the ponginess myself, chuck them out before they’re really over.  The scent (can you even consider calling it a perfume?) is best detected darting elusively around the garden.  There it should stay.  Until next year, when I’ll go through the whole process again.

I love that they’re just so insistently persistent.  There’s a place in our garden from which I’ve attempted digging them out several times, changed the soil levels, seen several planting ideas executed then eliminated, but the jonquils return fat, muscular and strong every year.  When they do, it’s glaringly obvious that there’s nowhere near enough flowers to justify all that juicy, succulent, squeaky foliage.  And they never, ever look any good in their context.  I wonder if they even have a context.  But part of me remains grateful for them.

I remember arriving at Dixter thirty years ago, and Christopher Lloyd pointing out to me a combination he’d attempted (and in his mind, rather failed at) backing up an epimedium with miniature daffodil of a similar colour.  The daffodil was falling over (a common problem with daffodils in the well-fed conditions of a garden bed, he made clear), further consolidating his conviction that daffodils are, after all, flowers of the field, and there they should stay.

Extending that thought to jonquils, I dug up a heap of mine last year and planted them into rough grass.  It was kind of my last-ditch effort to find a place in which they’d look any good.  I didn’t hold out much hope.  But they’re flowering now, visible from where I write, seen amongst the bleached grass from last year (which I never got around to cutting before the noses of the bulbs pushed through) and against the rich forest green of a Viburnum tinus hedge.  They’re glowing as if spot-lit.  Maybe I’ll be able to enjoy them there.

Honestly, I don’t understand the nature of my insipid affection for them.  But it persists.  And therefore so do they.

Do you have them? Do you like them? If so, what do you find is their most effective context?

The post PLANT OF THE WEEK #67: Rubbish jonquils appeared first on The Gardenist.

PLANT OF THE WEEK #67: Rubbish jonquils