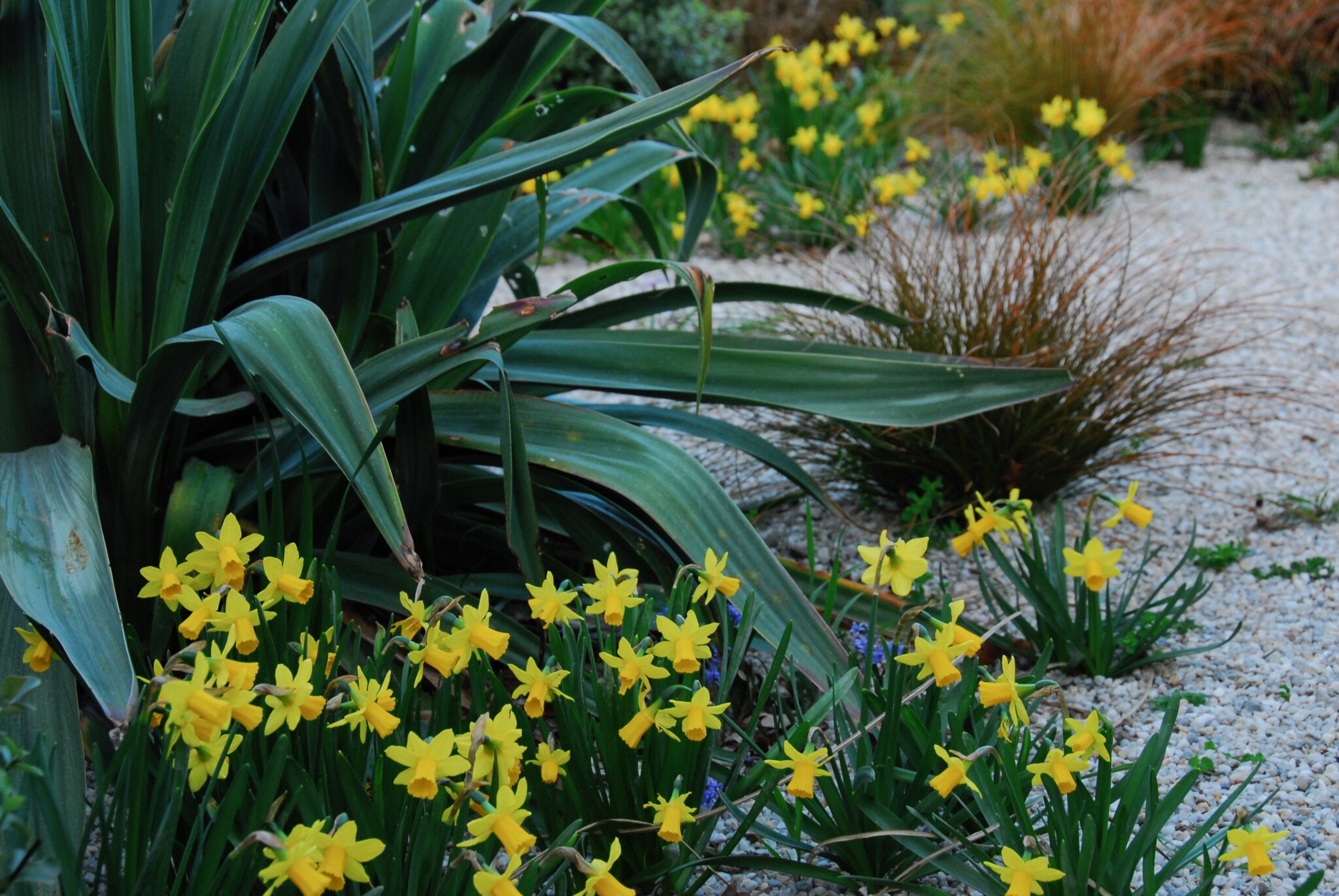 What is it about humans that we undervalue stuff that comes too easily, and over-rate stuff that eludes us?  Whether its relationships, skills or garden plants, the principle applies.

The miniature daffodil Narcissus ‘Tete-a-Tete’ is a case in point.  It’s by far the easiest and the most prolific of all of the miniatures, being super generous in both flower production and bulb proliferation, and we totally take it for granted.  For those of us who have made even the most tentative forays into the world of miniatures, we’re dismissive.

Granted, ’Tete-a-Tete’ isn’t as elegant as the heart-stoppingly lovely cyclamineus hybrids, and not as preciously dainty as Narcissus minimus.  But remove the comparisons, and it stands out as a brilliantly-formed flower, doing a very fine job of emulating its much larger golden-trumpeted brothers and sisters, but with arguably greater attitude and muscularity.

Officially it sits at about 15-20cm, but the size depends on its immediate surrounds.  Growing though a gravel mulch, with no competition, it starts flowering for me at about 10cm, eventually extending to double that.  But where it finds itself cramped among other plants, or backed up against something taller, it’ll stretch up to 500mm (and thus outgrow any sense of proportion with its flower size).

It’s size makes it perfect for pot culture, when most full-size daffodils look ridiculous in pots, and invariably loll around drunkenly when they’re only any good when standing like well-trained soldiers.

Ten years ago (and if I hadn’t found proof in earlier blog posts, I’d have guessed half that time ago) I planted some ‘Tete-a-Tete’ into rough grass.  While they’ve flowered well every year, and I made the mistake everyone makes by not planting nearly enough of them, they’ve never pleased me, always looking just too out of scale with their surroundings.  Until this year.  Last year, I loaded up their numbers from a part of the garden where I didn’t want them any more, and I also failed to perform a final mow of the grass at the end of last season.  So this year they’re flowering in far greater numbers than ever before, and flowering just above the dead brown grass of last summer.  It’s outrageous how much better they look!  I just now wish I could isolate which of the two factors has had the bigger impact.

The name ‘Tete-a-Tete’ is derived from this miniature daffodil’s ability and propensity to produce two, sometimes three, flowers back-to-back, on the same stem.  This doesn’t make it any more of less attractive, but does, to a limited extent, add to the serious chunk of gold-colouring that this fabulous little miniature is capable of pumping out.

The post PLANT OF THE WEEK #70: Narcissus ‘Tete-a-Tete’ appeared first on The Gardenist.