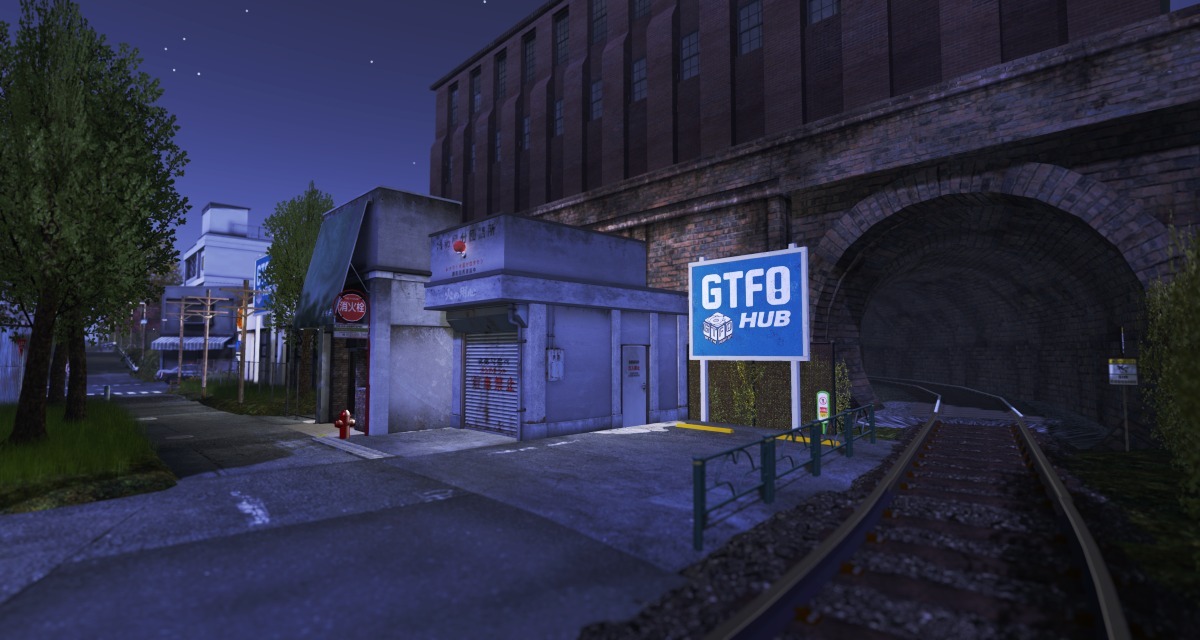 Good old mainland in Second Life holds some precious jewels — and Hiraya Township, located in Heterocera Atoll, is one of those invaluable gems. With different areas for visitors to enjoy, it occupies the entire region of Bedstraw and extends into some neighboring sims. Although it is mainly designed as a Japanese urban zone, the place nicely articulates with parks, natural areas and adjacent initiatives which include even a space station for those who want to venture into outer space.

Hiraya Township provides both a link between Routes 4 and 5 in Heterocera and a connection, by means of the Bedstraw Regional Railway (which is a private endeavor), between the Eastern Line and the Maritime Line of official Second Life Railroad (SLRR). The township succeeds the former Bedstraw Project and aims “to protect Route 45 [a passage between Routes 4 and 5]; to embellish Heterocera and promote the use of [the continent’s] roads, pods and railways; to provide a balanced and pleasing environment to local residents; to promote a cooperative and harmonious mainland and to provide homes with high quality of life in [its] area” — as stated on the notecard given to visitors in strategic sectors of the village.

Mainly, Hiraya Township is an example of a coherent and cohesive project in Second Life’s mainland not coordinated by the Lindens. I don’t mean to discuss here the advantages or disadvantages of a more or less chaotic occupation, which is the standard in many different parts of mainland. I’m just stressing that the old continents of SL also host some consistently built areas, as we can see in Hiraya.

Bedstraw Station seems to be the geographical core of the whole project. From there, one can easily go to both Kosame-Machi and Shin-Hiraya villages, as well as to Youkigawa Park and Ishizu Shrine. Each area has its own feeling, its particular atmosphere, but movement between them flows smoothly.

From Shin-Hiraya, one can access Kusanagi’s Place, in the region of Gibbosa. As stated in its description, Kusanagi’s Place is a property “on the outskirts of Hiraya”. It seems to be outside the main urban perimeter, but it’s interesting to see how it integrates with the neighboring village.

To the east of Bedstraw, we can find Fettler Town, in the region of Cisthene. Fettler is twinned with Hiraya and, though smaller, shares with it the urban atmosphere. Fettler also integrates the efforts to connect Heterocera’s Routes 4 and 5, as well as SLRR’s Eastern and Maritime Lines.

Hiraya Township also extends to the south, where we can find Natsuda with its racing circuit, in the region of Datana, and to the west, into the region of Amella, where the village of Amakura is located. Amella is also home to Morning Wood, that works as an airstrip serving Hiraya and Fettler and that presents Bar Bella, for a good resting time, and a small space station, for experiencing life in outer space.

It is interesting to notice that not all of those different areas are actually part of Hiraya itself, though Hiraya seems to be the largest unit among them. Still, they all feel more or less cohesive, which shows that traditional mainland in SL can make sense. Mainland (apart from Bellisseria) has been repeatedly described, not without reason, as no man’s land. Of course, there are rules enforced by Linden Lab, but it’s also true that, in many different parts, mainland may look chaotic. Yet, some portions of the big SL continents have known initiatives that create some harmony out of their diversity. This is the case of Hiraya Township and some adjacent parcels.