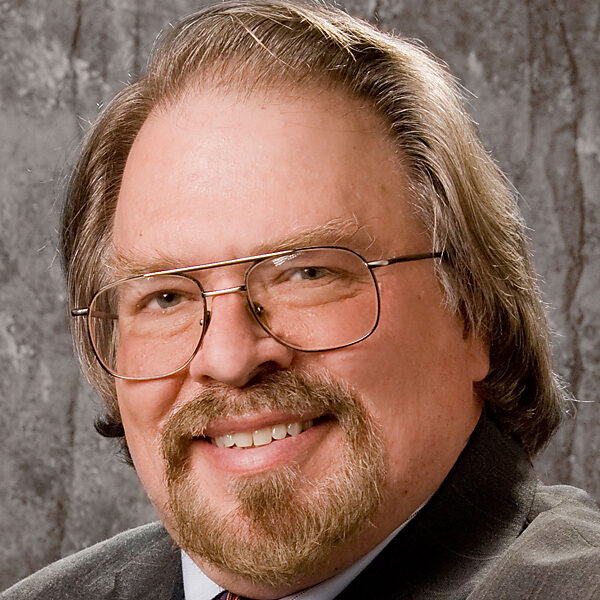 The adverse consequences flowing from Yugoslavia's slow-motion disintegration in the 1990s impacted the entire country, but the turmoil and human tragedy was especially pronounced in Bosnia. Three major ethno-religious groups there—Catholic Croats, Eastern Orthodox Serbs, and Muslims—all maneuvered for advantage in a brass knuckles political, and ultimately a military, struggle. All three factions engaged in ethnic cleansing—attempting to expel all ethnic groups other than their own—whenever they gained control of a geographic region. Fighters in all three armies also committed various atrocities. Serb forces seemed somewhat more inclined to engage in such conduct, but the scope of their offenses, both in numbers and severity, was not hugely disproportionate.

The picture that most Western journalists painted was far from balanced, however. In the overwhelming majority of media accounts, Bosnia's murky, multisided struggle became a straight-forward war of Serbian aggression aimed at innocent Croat, and especially Muslim, civilians. The goal of those portrayals was to shame U.S. and NATO leaders into launching a military intervention to support the Muslim cause. Such melodramatic lobbying masquerading as journalism became the template for media coverage of subsequent conflicts in such places as Kosovo, Libya and Syria.

One idealistic young American epitomizing the commitment to shrill advocacy journalism in Bosnia was Samantha Power, who in a few more years would achieve fame covering the genocide in Rwanda and publishing a Pulitzer Prize-winning book on that tragedy and the overall issue of genocide. Power was a rising star who eventually would be a high-level foreign policy adviser (culminating with her service as U.S. Ambassador to the United Nations) in Barack Obama’s administration.

Like other practitioners of advocacy journalism in Bosnia, Power seemed blissfully unaware of (or indifferent to) the danger that she was presenting oversimplified and brazenly unfair, one-sided accounts.

She showed noticeable tenacity in seeking an opportunity to go to Bosnia to cover the burgeoning armed conflict there. As Power relates in her 2019 memoir, The Education of an Idealist, she was merely an intern at the Carnegie Endowment for International Peace who lacked press credentials from the organization’s flagship publication, Foreign Policy, or any other recognized news organization. She describes how she solved that problem. “I waited until the Foreign Policy editorial staff had headed home and the cleaners had completed their nighttime rounds on the floor. Once the suite was completely deserted, I walked into the office of Charles William Maynes, the journal’s editor, picked up several sheets of his stationery and then hurried back to my desk. Hands shaking, I began typing a letter impersonating the unwitting Maynes.” Then “determined to get to Bosnia, I went ahead and wrote to the head of the UN Press Office, asking that the UN provide Samantha Power, Foreign Policy’s ‘Balkan correspondent,’ with ‘all necessary access.’”

Such conduct said volumes about her obsession to cover the Bosnian war--and about her ethics. Her overwhelming bias about the Bosnia conflict also was evident, and she remains surprisingly candid about it. “I had never been without opinions, but my certitude previously had to do with seemingly trivial issues like an umpire’s bad call in a baseball game. Now, as I researched and reflected on real-world events, I seemed unable to contain my emotions or modulate my judgments. If the subject of Bosnia came up and someone innocently described the conflict as a civil war, I would erupt: It is genocide!”

Individuals with that mentality are not news reporters. At best, they are editorialists or opinion columnists; at worst, they crude propagandists. Power and too many of her media colleagues in Bosnia belonged in the last category.

She exhibited no shyness about engaging in blatant advocacy journalism. Convinced that “the only way President Clinton would intervene to break the siege of Sarajevo [Bosnia’s Muslim-held capital] was if he felt domestic pressure to do so,” Power concluded that as a journalist “I believed that I had a critical role to play.” Many Western journalists in Bosnia “brought a similar focus to their work,” she contends. They wanted “our governments’ actions to change.” Power acknowledged that “this aspiration was more reminiscent of an editorial writer’s ambitions than that of a traditional reporter, whose job it was to document what she saw.”

Indeed, she was frustrated that the advocacy journalism of the Western press corps based in Sarajevo was slow to have a meaningful impact on U.S. policy. Until the summer of 1995, she recalled, “I had believed that if my colleagues and I conveyed the suffering around us to decision-makers in Washington, our journalism might move President Clinton to stage a rescue mission. This had not happened. The words, the photographs, the videos, nothing had changed the President’s mind. While Sarajevans had once thought of Western journalists as messengers on their behalf, they now began to see us as ambassadors of idle nations.” Such language indicated that Power had relinquished any semblance of journalistic detachment and identified entirely with one faction in the internecine conflict that she was covering.

Her frustration with Western policy was rising sharply in the spring and summer of 1995. “No matter how many massacres we covered, Western governments seemed determined to steer clear of the conflict,” she railed. Power’s analysis of the Bosnia conflict displayed much of the overwrought perspective that would characterize her later positions on the Libyan and Syrian civil wars. Her mood became utterly celebratory when NATO launched air strikes on Bosnian Serb forces in the autumn of 1995 and imposed the Dayton Peace Accords later that year.

Too many Western journalists in Bosnia (and later in Kosovo), such as CNN’s Christiane Amanpour, exuded similar pervasive bias in their coverage. They acted as though the Serbs were almost alone in practicing ethnic cleansing. Power even explicitly claimed that in the early 1990s Bosnian Serb paramilitaries “had first introduced the chilling term ‘ethnic cleansing’ in places like Banja Luka to describe how they sought to ‘purify’ the land they controlled of its Muslim and Croat residents.” Her statement is factually wrong. Seth Ackerman, a media analyst for Fairness and Accuracy in Reporting (FAIR), and veteran investigative journalist Jim Naureckas, note that Albanian nationalists in Kosovo had used the same term and similar rhetoric as early as 1982 to describe their goal of driving out the Serb minority and making that province “ethnically pure.” Moreover, “all of the half-dozen references in Nexis to ‘ethnically clean’ or ‘ethnic cleansing’ over the next seven years [after 1982] attribute the term to Albanian nationalists.” Yet, “despite being easily available on Nexis, virtually none of that material found its way into contemporary U.S. coverage” of either the Bosnia or Kosovo conflicts.

Like other practitioners of advocacy journalism in Bosnia, Power seemed blissfully unaware of (or indifferent to) the danger that she was presenting oversimplified and brazenly unfair, one-sided accounts. One subtle but important indicator of her bias, even in her memoir a quarter century later, was that she typically uses “Bosnians” as a synonym for the country’s Muslim population. Power implicitly treated Serbs and Croats as foreign interlopers, even though they lived in Bosnia and in most instances their families had done so for generations.

Unfortunately, the approach that Power adopted would epitomize the media’s performance in later conflicts, with the same underlying goal of prodding the United States and its NATO allies to launch or intensify “humanitarian” military interventions. Media accounts of the Syrian government’s siege of rebel-held Aleppo was typical. Boston Globe columnist Stephen Kinzer excoriated the behavior of such journalists, noting that, “much of the American press is reporting the opposite of what is actually happening. Many news reports suggest that Aleppo has been a ‘liberated zone’ for three years but is now being pulled back into misery” by a Syrian government offensive. He noted that Washington-based reporters used sanitized terminology that “attempted to portray even the staunchly Islamist faction, Jabhat al-Nusra, as being composed “of ‘rebels’ or ‘moderates,’ not that it was the local al-Qaeda franchise.” Georgetown University senior fellow Paul R. Pillar likewise was critical of much of the Aleppo coverage, finding it excessively emotional and one-sided.

Samantha Power’s performance regarding the Bosnian war was a textbook example of especially toxic advocacy journalism in international affairs. That type of coverage not only is a disgrace to ethical journalism, it has helped foment disastrous, destabilizing Western military interventions in multiple countries.

Ted Galen Carpenter, a senior fellow in security studies at the Cato Institute and a contributing editor at the National Interest, is the author of 12 books and more than 850 articles on international affairs. His books include The Captive Press: Foreign Policy Crises and the First Amendment (1995).
Source: cato.org