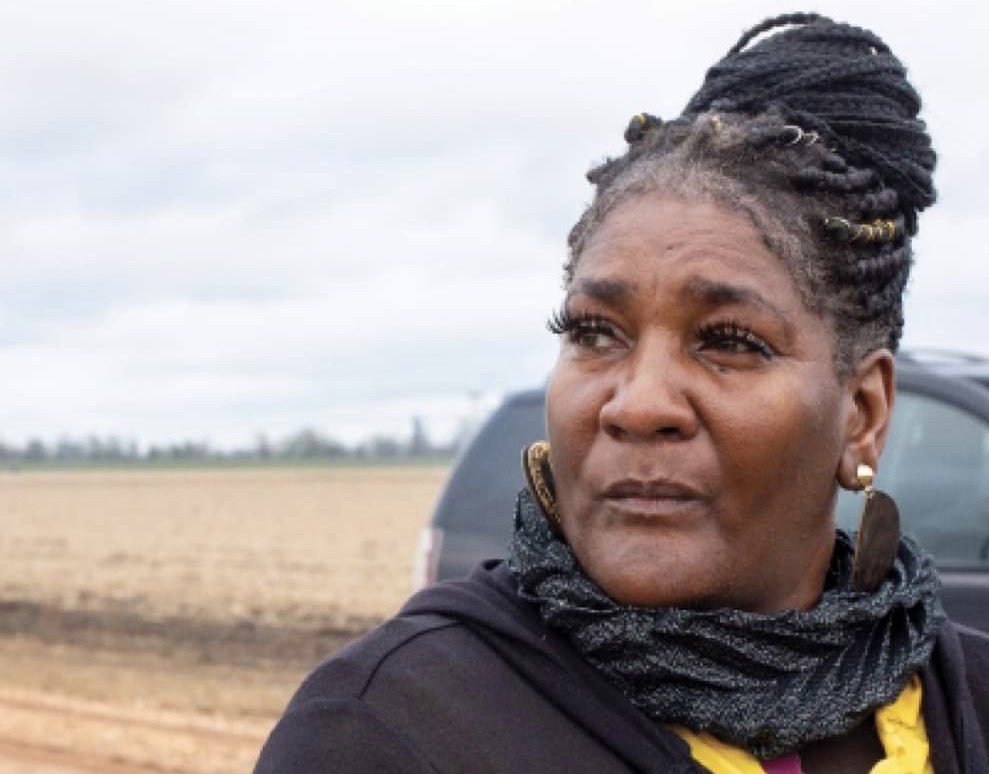 I grew up in St. James Parish, on a country road off Highway 18 on the west bank of the Mississippi River, before a dozen polluting petrochemical plants were built here, before my community became known as Cancer Alley and before our long exposure to industrial air pollution helped lead to some of the highest COVID-19 death rates in the country.

I’m embarrassed to admit I didn’t see this coming sooner. Sure, we could tell from the smell that the plants along Highway 18 weren’t good for us. But I really didn’t think much about it for the first 48 years of my life — until I got sick.

It started with a sore throat and trouble breathing. My doctor said he was treating lots of other folks with similar problems, and he connected it to the air pollution we were all breathing every day. It was like an alarm sounding, waking me up to this monster stalking our neighborhoods.

Soon I was experiencing chronic health problems that have never really gone away. I repeatedly got strep throat and was put on antibiotics eight times in a single year. Friends and family members were getting cancer and respiratory diseases, and too many were dying before their time.

That was 10 years ago, and we’ve only gotten sicker since then. As a teacher and ordained minister, I’ve been working to educate myself and those around me on the health impacts of industrial pollution. Now we’re fighting back.

My friend and fellow educator Sharon Lavigne formed RISE St. James, to fight, with God’s help, the industrial projects that are still being proposed for our struggling parish. She asked me to serve as vice president. Our top target these days is Formosa Plastics, which wants to build a massive petrochemical complex here that would double our already horrible air pollution.

Just think about it for a second: The air pollution is already so bad that if I avoid the Sunshine Bridge and Highway 18, my breathing problems noticeably improve. But now Formosa wants to build what would be our biggest polluting plant of all right at that intersection, calling it the Sunshine Project.

The political leaders who support this project are killing us in the name of economic progress. And we aren’t the only ones who will suffer. Water pollution and the plastic pellets this plant produces will flow into the Mississippi River — past New Orleans and the residents that drink this water — and into the Gulf of Mexico.

Earlier this year Texas environmental activist Diane Wilson came to support our cause following her successful Clean Water Act citizens’ lawsuit against Formosa. She told us about the years she spent documenting the company’s discharge of billions of plastic pellets into Texas waterways. The federal judge called Formosa a “serial offender” before approving a record-breaking $50 million legal settlement.

But it shouldn’t be this way. My neighbors and I shouldn’t have to pay for Louisiana’s economic development with our health and our lives. We shouldn’t have to spend years documenting Formosa’s plastic pollution for our government to realize this company is a threat to public health and environmental quality.

If there’s any silver lining to the COVID-19 wrath that has been unleashed on Louisiana, I hope it will be a greater  emphasis on protecting public health. My community is dying from this disease in huge numbers because we’d already been neglected by the state that should be protecting us.

I’ve had family members, friends and colleagues sickened by COVID-19. We’re living in the belly of the beast during this pandemic, a beast that preys on vulnerabilities created by our long exposure to industrial petrochemicals.

Toxic air pollution compromised our health and left us vulnerable. Based on a recent Harvard University study of COVID-19 mortality, those exposed to pollution from Formosa Plastics’ new plant would be 50% more likely to die if infected by this coronavirus, or others like it in the future.

We need to learn the right lessons from this crisis and work to safeguard our most vulnerable citizens. And a good place to start would be stopping Formosa Plastics and its polluting plant.