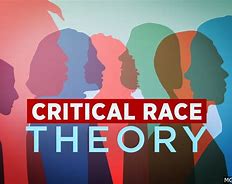 Americans are at one another’s throats over critical race theory in schools.

The debate is skewed and the rage fueled by completely different understandings of the terms of reference — the actual objections to CRT in education.

Those objections have been misstated routinely by the legacy national newspapers and the education press. The misleading articles make it into most national newspapers these days with the collapse of regional reporting. And the misinformation they spread has made it into these pages.

Education Week, in a surprise change of pace for that journal, published on November 15 an opinion piece by Rick Hess titled “Media Coverage of Critical Race Theory Misses the Mark.”

Based upon a detailed study of a year’s worth of press reports, Hess finds that the national legacy media and the education press have largely and purposely ignored the core objections to CRT in schools.

Instead they have misled the public with a selective and progressive-friendly, but inaccurate definition of the terms of the debate.

These same articles have been silent on race-based separation of kids into privileged and oppressed groups as a teaching tool and head-on attacks on equality, legal reasoning, Enlightenment rationalism, and neutral principles of constitutional law. Those are in fact the crux of the anti-CRT objections.

These articles mis-define the terms of the debate to make opponents of CRT in schools look either unserious or racist or both.

They continue to build straw men in order to burn them down. This failure of journalism in support of woke dogma has poisoned the debate both in these pages and nationally.

Rick Hess is an education policy scholar at the American Enterprise Institute (AEI). He opens with:

The postmortems of this month’s elections have reminded us once again of just how large a shadow critical race theory has cast over K-12 schooling this past year—even though we still can’t quite seem to agree on just what it means or whether it’s even taught in schools.

He studied 91 articles addressing CRT between Sept. 2020 and August 2021 published in The New York times, The Washington Post, The Wall Street Journal and USA Today as well as the education press (Education Week, The 74 and Chalkbeat).

Two-thirds of mainstream-press news accounts and more than 4 in 5 education press news stories mentioned the history of race or the way history is taught in schools. Most articles mentioned slavery. And the articles routinely asserted or implied that these kinds of issues are at the heart of the CRT debate, as when The New York Times reported that the CRT debate is really about how “the legacies of slavery, segregation and Jim Crow still create an uneven playing field for Black people.”

At the same time, news articles rarely mentioned CRT’s intellectual foundations, despite the contentious claims on which it rests. As Richard Delgado and Jean Stefancic, two founders of the CRT movement, have explained in their book Critical Race Theory: An Introduction, “Critical race theory questions the very foundations of the liberal order, including equality theory, legal reasoning, Enlightenment rationalism, and neutral principles of constitutional law.” Yet, of the 91 articles examined, just two mentioned that CRT is skeptical of rational thought and only one said that CRT is skeptical of universal values or objective knowledge.

Put another way, then, one could read more than 95 percent of CRT coverage and never encounter the extraordinary claims at the heart of a raging national debate.

It turns out that the CRT fight isn’t over whether to teach about slavery (in fact, Texas’s oft-maligned anti-CRT law mandates that schools teach a unit on slavery) so much as it is about a series of controversial practices that deserve careful scrutiny.

Unfortunately, that kind of examination hasn’t been forthcoming. Indeed, it’s almost as if the media had set out to make the skeptics and critics look unserious by giving short shrift to their actual concerns about what CRT means in practice.

He has nailed it. We see all of that in the debate in these pages.

I strongly recommend to all both Mr. Hess’ article and his detailed report, “Media’s Misleading Portrayal of the Fight over Critical Race Theory,” on which it was based.

It would be useful if we were arguing over the same facts.