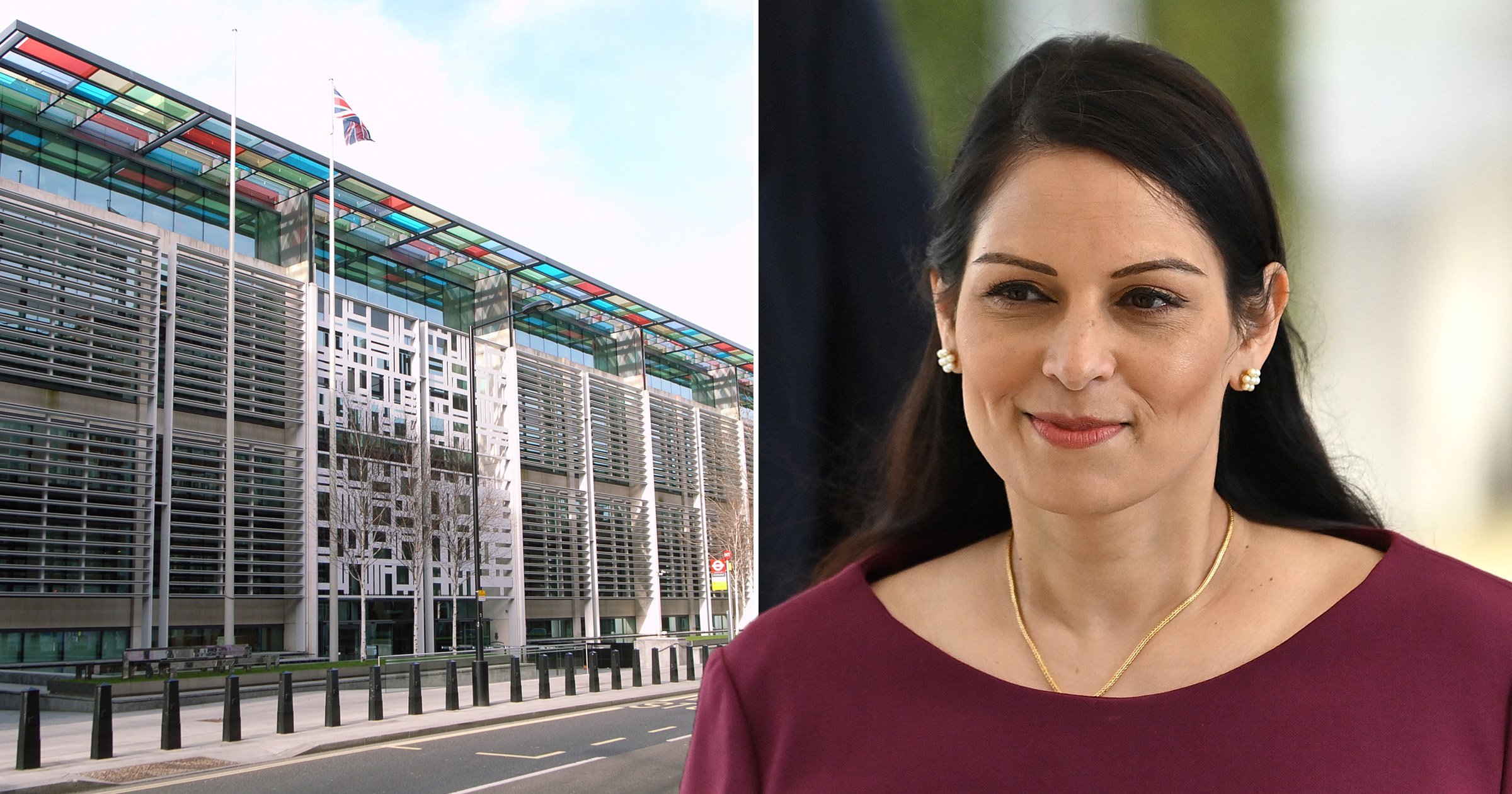 Staff working for Priti Pratel ‘mingled’ and ‘drank prosecco’ at the Home Office during lockdown last year, according to the latest allegation of lockdown-busting government parties.

The Big Issue reports a dozen members of the department’s press and events team mingled and drank ‘prosecco at desks’ in March 2021, in celebration of an immigration policy leading the news at six.

It has not been suggested that Ms Patel was present or knew of the drinks on 24 March, which have since been confirmed by a Home Office spokesperson.

At the time, social contact was restricted to one person outside an individual’s household. Outdoor gatherings with two households or six people – known as ‘the rule of six’ – was only allowed from 29 March.

A source told the outlet that the drinks involved ‘four bottles of prosecco’ and crisps, with people ‘nominally at desks’ and ‘mingling’.

Meanwhile, the policy reportedly celebrated by civil servants was the Home Office’s ‘New Plan for Immigration’.

In a statement to the Commons at the time, Ms Patel told MPs the plan pledged to address ‘the challenge of illegal immigration’ and frame access to the UK’s asylum system as being ‘based on need, not the ability to pay people smugglers’.

The Big Issue also revealed department guidance at the time required staff to work four desks apart, with the gathering taking place ‘some floors’ below the Home Secretary’s office.

Responding to the report, a Home Office spokesperson told the outlet: ‘In line with the guidance at the time, some members of staff came into the office to launch a major immigration policy.

‘A small number had a drink whilst watching the broadcast coverage of their work on 6pm news bulletins before returning to work or going home.’

The news comes despite the home secretary telling Sky News in September 2020 she would ‘call the police’ if she saw neighbours doing something she thought was ‘inappropriate’ in relation to lockdown rules.

‘It’s not dobbing in neighbours. It’s all about us taking personal responsibility,’ she said.

Months later, the Home Office shared a video to Twitter with the phrase, ‘you can’t be chillin’.

The term came from a filmed interaction between a police officer and a motorist, with the officer telling the driver: ‘You can leave home to go to work, you finish work, you go straight home, okay?

‘You can’t hang out with your mates,’ he added.

The Home Office drinks are the latest reported breach of lockdown rules by the government, after Downing Street apologised for parties held in Number 10 the night before Prince Philip’s funeral.

Boris Johnson’s spokesman said it was ‘deeply regrettable that this took place at a time of national mourning’.