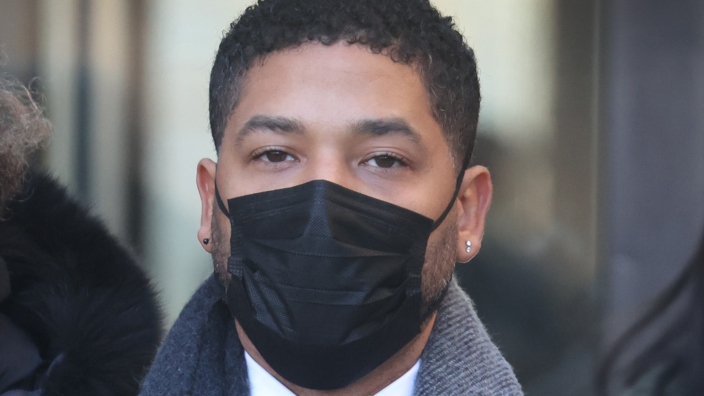 Prosecutor in closing remarks: Jussie Smollett ‘monkeyed around’ with rope

Dan Webb is getting backlash for his use of an expression that’s widely interpreted to be racially insensitive.

The prosecutor in the case of the State of Illinois v. Jussie Smollett is getting backlash for his use of an expression that’s widely interpreted to be racially insensitive.

Prosecutor Dan Webb told the jury during closing arguments Wednesday that the former Empire star “monkeyed around” with the rope that allegedly had been tied around his neck in the now-infamous attack he says happened in late January 2019.

Webb’s use of the expression earned him groans from members of Smollett’s family, who were in the courtroom, according to TMZ. The site reports several of them shook their heads in disgust.

Just a day prior, Smollett interrupted Webb, who had been reading some of the actor’s text messages during cross-examination and including the offensive “n-word” where it was typed.

“Can you spell or say the n-word out of respect for every African American in this room?” Smollett said from the witness stand, per TMZ. “You’ve been saying that word a lot.” Webb deferred to Smollett, asking that he instead read the messages.

The 39-year-old actor has been accused of staging the January 2019 attack on him, which, given his celebrity, was a high-profile incident. During the attack, Smollett said, assailants assaulted him, tied a noose around his neck and poured bleach on him. He also said he was called racial epithets and gay slurs.

When it was revealed that two brothers — Nigerian natives who had worked on the set of Empire, a Fox show filmed in Chicago — were behind the attack, Smollett was charged with disorderly conduct and fired from the show, which has since ended.

Smollett has delivered bombshell testimony in the case, including that he was involved in a sexual relationship with Bola Osundario. His brother, Ola, and the star were not friendly, according to CNN.

If convicted, Smollett faces up to three years in prison. The case has put a halt to Smollett’s once-promising acting career. Since being fired from Empire, he has not appeared on television or in film.

Webb’s racially coded language in this trial comes just weeks after defense attorneys in the trial against the three men who murdered Ahmaud Arbery repeatedly used racist language to describe the slain 25-year-old Black man, including in closing arguments. Laura Hogue, the defense attorney for Gregory McMichael, said in court: “Turning Ahmaud Arbery into a victim after the choices that he made does not reflect the reality of what brought Ahmaud Arbery to Satilla Shores in his khaki shorts with no socks to cover his long, dirty toenails.”

Gregory McMichael, his son Travis, and neighbor William “Roddie” Bryan were convicted on murder charges the day before Thanksgiving. They face a sentence of life in prison without the possibility of parole.

The post Prosecutor in closing remarks: Jussie Smollett ‘monkeyed around’ with rope appeared first on TheGrio.

Prosecutor in closing remarks: Jussie Smollett ‘monkeyed around’ with rope