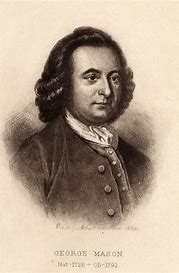 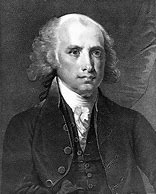 An opinion piece by Catherine Rampell in The Washington Post was headlined, “No one in their right mind would design a government that works like ours.”

She meant that her preferred changes to American governance were stymied by Senate rules. The “no one in their right mind” was a tell. Anyone who disagreed with her was not sane. I don’t think I abuse the term by calling her dogmatic — carried forward by a religious zeal.

The target of her outrage, though she did not name him, was James Madison. See The Necessity of the Senate in the Federal Government, James Madison, Federalist 62, 1788.

The necessity of a senate is not less indicated by the propensity of all single and numerous assemblies, to yield to the impulse of sudden and violent passions, and to be seduced by factious leaders into intemperate and pernicious resolutions. . . . All that need be remarked is, that a body which is to correct this infirmity, ought itself to be free from it, and consequently ought to be less numerous. It ought moreover to possess great firmness, and consequently ought to hold its authority by a tenure of considerable duration. . . .

. . . The mutability in the public councils, arising from a rapid succession of new members, however qualified they may be, points out, in the strongest manner, the necessity of some stable institution in the government. . . .

Madison designed the Constitution to ensure that temporary small majorities (or ties in the Senate as currently) could not make fundamental changes in governance. The passions of the moment were designed to cool in the Senate.

While the federal Senate has certainly changed a great deal since Madison’s document, it has maintained through those changes its role in assuring stability.

The Left wants revolutions. Franklin Roosevelt and Lyndon Johnson had the Senate majorities to carry them out. Joe Biden does not. Thus the passions exemplified by Ms. Rampell’s fevered column.

Without stability, there can be no real unity, nor, of critical importance, can any American plan his or her life or business based upon stable assumptions of governance.

The Democrats, upon assuming control of the General Assembly, governorship and attorney general positions in 2018, fundamentally shifted the laws of Virginia to the left. Some like that, others don’t, but it has not been a watershed of stability. There is no filibuster in the Virginia Senate so closely divided.

The Republicans, should they gain control of the Virginia Senate in 2023, will return the favor.

The difference is that the Democratic party, the party of government, will always reach far and fast for increased government control aligned with their priorities. Republican priorities are generally to roll back government control, not to extend it in a different direction.

The Virginia Constitution of 1776, written in large part by George Mason, provided for a popularly elected House of Delegates. Most of the power resided in that house, which initiated legislation. It created a new 24-member Senate of Virginia, but there was no amendment process.

It thus prescribed a parliamentary form of government that mirrored that in England. The governor, like the king, could not even veto a bill, and could only act as head of the state militia on the advice of his Council of State, whose members were elected by the legislature.

The Virginia Senate evolved from there but it never attained the status of the federal Senate, because it was not deemed necessary for that body to assure stability. The Virginia Way was assumed to be inherently stable. Even Terry McAuliffe in his 2014 inaugural address spoke of the “Virginia Way” being about building consensus.

That was soon abandoned with change of control of the General Assembly. There was no mechanism for building consensus, just for one-vote majorities and a governor who would sign.

Madison, in his brilliant Constitution, had a better idea.

For Virginia, it is now too late.