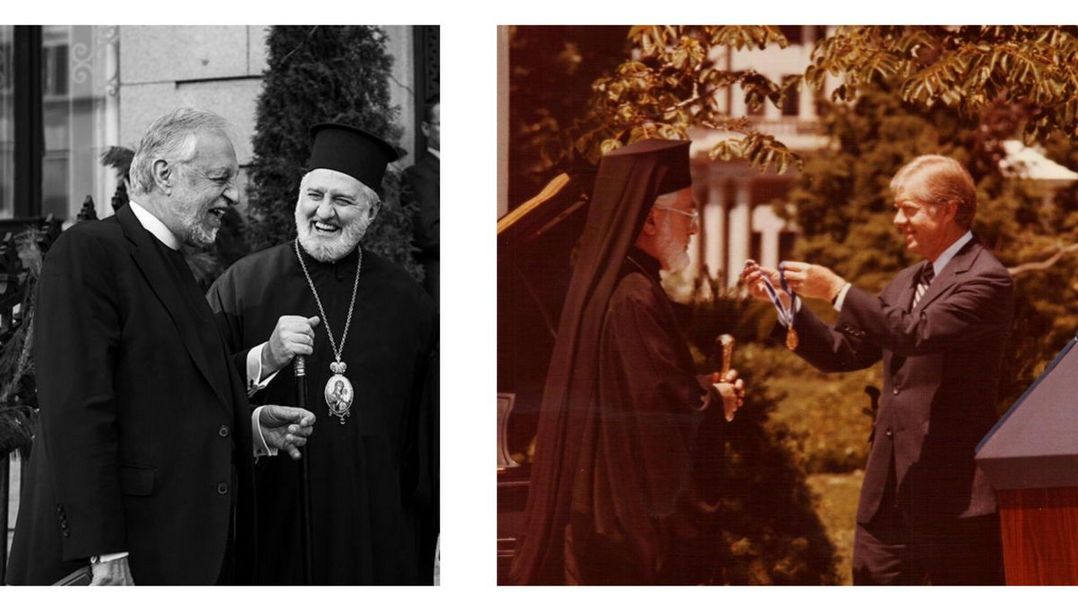 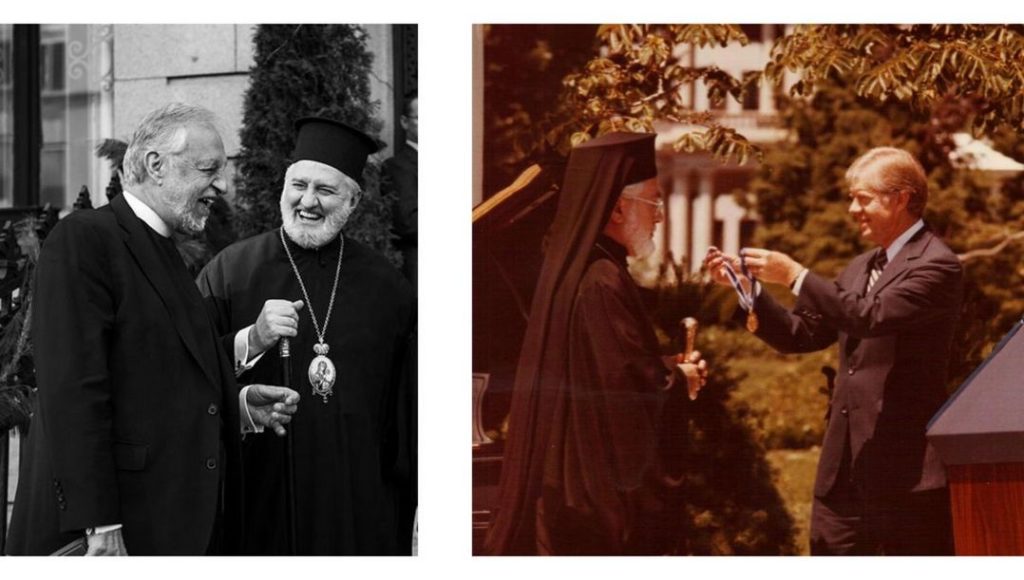 New York, NY – Archbishop Elpidophoros joyfully shares with great pleasure and pride, the announcement of the White House that the Reverend Alexander Karloutsos, Protopresbyter of the Ecumenical Throne and servant of the Archdiocese for over fifty years, will receive the Presidential Medal of Freedom from the hands of President Biden at the White House on July 7, 2022. This extraordinary honor has only ever been bestowed upon one other Greek-American, the ever-memorable Archbishop Iakovos by President Carter in 1980. (Of note, Archbishop Iakovos’ Medal of Freedom will be on display at the Centennial Exhibit during the Clergy-Laity Congress in New York City this upcoming week.)

Archbishop Elpidophoros expressed his joy at this most significant news:

“I am so very happy for Father Alex, Presvytera Xanthi, and their children and grandchildren. This is such an exceptional distinction that it practically leaves me speechless. That a son of the Church, the son of a priest, born in Greece and humbly serving His Church for over fifty years is to be recognized by the highest civilian honor of the United States, is a moment in which every Greek Orthodox and every Greek American should take tremendous pride, especially in this week when we celebrate the Centennial of the Greek Orthodox Archdiocese of America. This is a unique honor for Father Alex, whose decades of ministry in our Archdiocese and the Ecumenical Patriarchate cannot be summed up with any amount of words. Rather, I know that we all send him our warmest and most heartfelt congratulations, with our acknowledgment of this profound recognition by the President of the United States. ΑΞΙΟΣ!”

The Presidential Medal of Freedom is the Nation’s highest civilian honor, presented to individuals who have made exemplary contributions to the prosperity, values, or security of the United States, world peace, or other significant societal, public or private endeavors. The award ceremony will take place at the White House on July 7th.

The official announcement can be found at: www.whitehouse.gov/briefing-room/statements-releases/2022/07/01/president-biden-announces-recipients-of-the-presidential-medal-of-freedom/