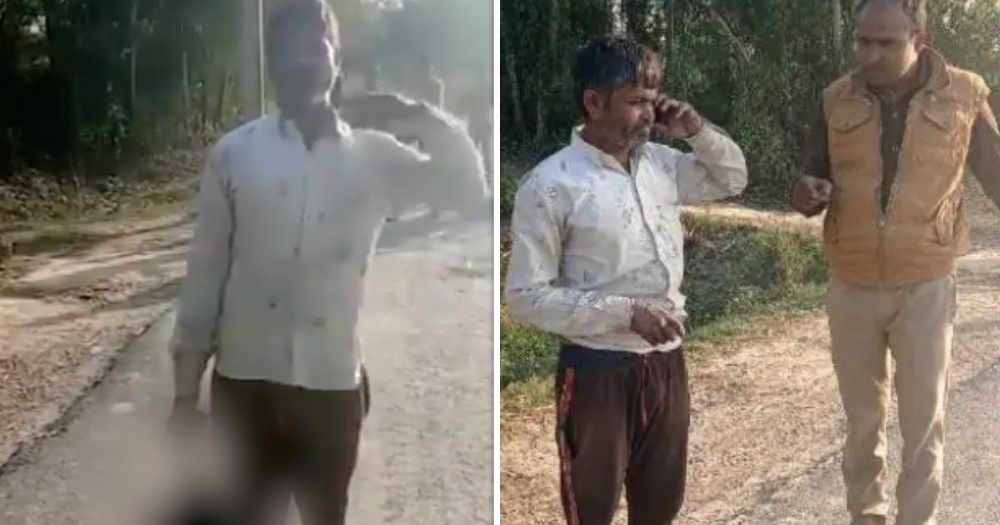 Man in India beheads daughter, 17, with axe in 'honour killing'

A video of a man from India named Sarvesh Kumar, holding the severed head of his 17-year-old daughter, went around social media recently.

According to media reports, the man had apparently found out about his daughter's relationship with a youth he did not like.

He had allegedly used a chopper to decapitate his daughter.

Hardoi: Angered by his daughter's alleged love affair, a man in Majhila area beheaded her. Police arrested him while he was walking towards the police station with his deceased daughter's head.

Times Now, citing The Times of India, said that the man, who is a vegetable vendor from Pandeytara village, had walked for around 2km to turn himself in to the police.

According to the BBC, in a video shot by the police, he could be heard expressing his anger about his daughter's alleged relationship.

"He is heard saying that he found her alone at home, locked her in a room and beheaded her with a sharp object."

According to NDTV, Uttar Pradesh, the state where the man's village is located, is the state with the highest number of crimes against women in 2019.

Honour killings are used to describe murders by family members for being in a relationship.

BBC, citing campaigners, estimate there are hundreds of "honour crimes" taking place every year in India.

Murders by family members for being in a relationship are known as "honour killings" and although there are no authentic figures, campaigners say hundreds of so-called "honour crimes" take place every year in India.

Screenshot from The Logical Indian video, and LiveHindustan

Man in India beheads daughter, 17, with axe in 'honour killing'