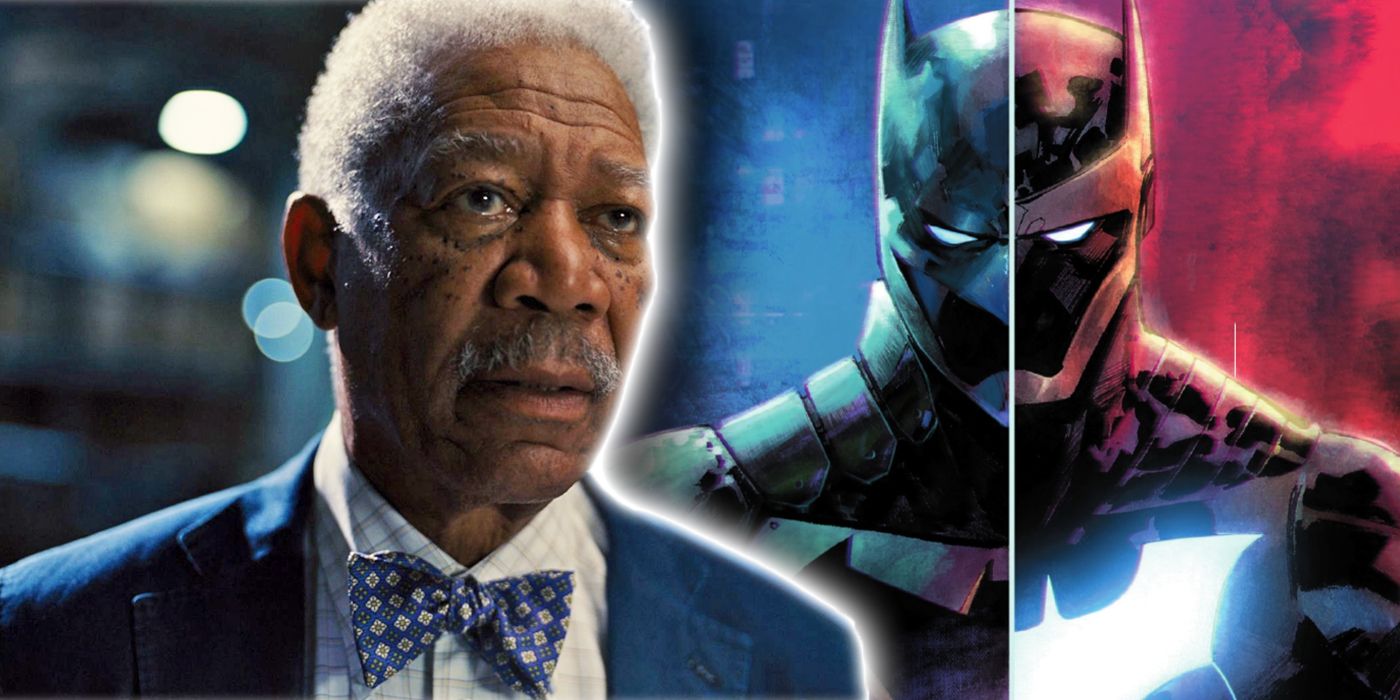 The DC Universe has been rocked by the heel turn made by Lucius Fox and his wife Tanya recently. Following Joker War and yet another criminal attack on his family, Lucius no longer has faith in vigilantes, foreshadowing he and his wife's support of the law outlawing masked vigilantes in Future State. This paints them in a sinister light, and the latest issue of The Next Batman: Second Son presents the catalyst that may have pushed them in their new direction.

As The Next Batman: Second Son #9 unfolds, it's pretty obvious that Lucius could have been a diabolical villain, all due to his wealth, power and influence.

As Jace faces the trial involving Enrique Acevedo, Tanya immediately shuts the case down by blocking evidence. She doesn't want her son entangling himself, so she uses her skills as a lawyer to clear him of a fatal hit-and-run he committed when he was a teen. Jace is angry, though, as he wants to confess to the murder, but Tanya makes it clear that she's protecting the family and not just him.

Jace is haunted by flashbacks of the fateful night when he told his father what he had done and asked for his help. Lucius reacts by making calls and initiating a smear campaign against Acevedo, painting him as a drunk with credit card debt and a history of abuse. He organizes a crucifixion of the deceased in the media to discredit Enrique and vilify him, justifying his death in the eyes of the public.

Although Jace is angered by what his father has done, Lucius justifies his actions by talking about how hard he worked to get to his position. The Fox patriarch claims to be working the system for the benefit of his people, which leaves Tim to wonder whether he means Black people or the elite members of society.

RELATED: The Next Batman Reveals Gotham City's Most TWISTED Army

Sadly, the tactic works and a disgusted Tim is shipped off to boarding school as the cover-up unravels. It's a tactic that wouldn't be expected from someone who has worked so closely with Batman, and it highlights how diabolical Lucius can be when the situation calls for such actions.

This is a tactic the Joker has used numerous times to sway the people of Gotham into thinking he's a social justice warrior, in much the same was as was seen in Christoper Nolan's The Dark Knight. Punchline's adopted it as well, using optics to get her own cult, while Bane and Penguin used media manipulation, not just to break the city, but to  convince the public that Batman was the villain. Although the actions of Lucius Fox are enough to help clear his son of any wrongdoing, they also cause what may end up being irreparable damage to the Fox family dynamic.

KEEP READING: The Next Batman Goes After Gotham's Most TOXIC Internet Troll