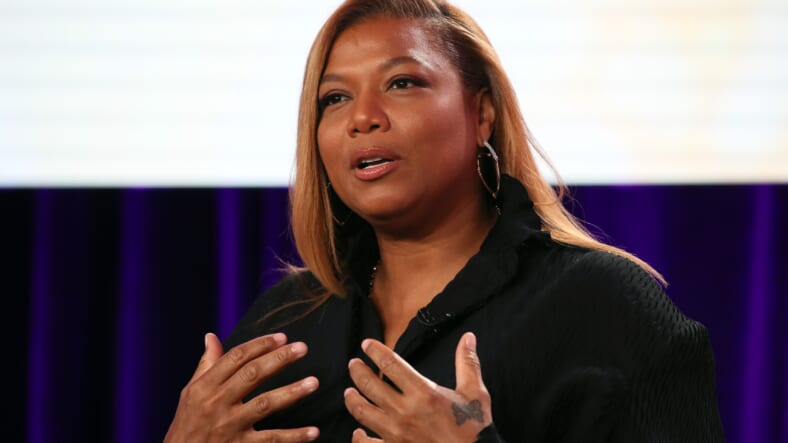 It’s been over a month since the sexual assault allegations against veteran actor Chris Noth emerged, prompting his firing from The Equalizer. Now, his co-star has officially opened up about the decision in a statement to People, saying it’s “still surreal.”

As theGrio previously reported, shortly after the premiere of the Sex and the City reboot …And Just Like That, Noth was accused of sexual assault by various women. Since then, he was removed from the finale of the spin-off and was also fired from The Equalizer, which he’d starred in since 2021.

At the time, Universal Television and CBS released a statement stating, “Chris Noth will no longer film additional episodes of The Equalizer, effective immediately.”

In a recent appearance on People Magazine‘s People (the TV Show!), The Equalizer star Queen Latifah shared, “It’s still surreal. It is such a dicey, delicate situation that requires a great deal of respect.” She added, “That’s a personal thing that he’s going to have to deal with.”

She continued, “And my feeling is justice has to prevail regardless. I just want the right things to be done, you know?”

Per theGrio, the alleged victims shared similar accounts to The Hollywood Reporter this December. Under the pseudonyms Zoe and Lily, two of the victims allege that the attacks happened in Noth’s home in 2004 and the other in 2015.

Zoe recalled in the report, “I realized there was blood on my shirt. I got out of there. I went to my friend’s apartment [in the same building].” She continued, “I walked right in and went to the bathroom and tried to get the blood out of my shirt. They wanted to know what happened. I said, ‘I just want to go home.’”

Noth denied the allegations in his statement at the time sharing, “The accusations against me made by individuals I met years, even decades, ago are categorically false.

These stories could’ve been from 30 years ago or 30 days ago — no always means no — that is a line I did not cross. It’s difficult not to question the timing of these stories coming out. I don’t know for certain why they are surfacing now, but I do know this: I did not assault these women.”