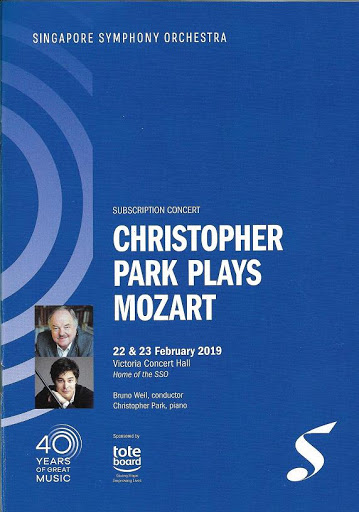 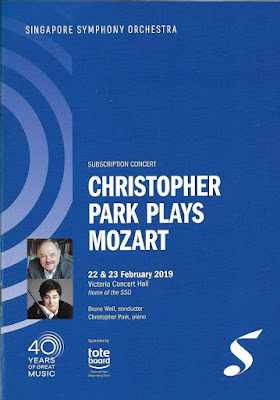 CHRISTOPHER PARK PLAYS MOZART
Symphony Orchestra
Victoria Concert Hall
Friday ()
This review was published in The Straits Times on 25 February 2019
It is hard to believe that there are still symphonies by Mozart and Haydn which have never been heard in . In other words, as the Singapore Symphony Orchestra does not have a strong tradition of playing early music, there are still Mozart and Haydn symphonies that have yet to receive performances here. 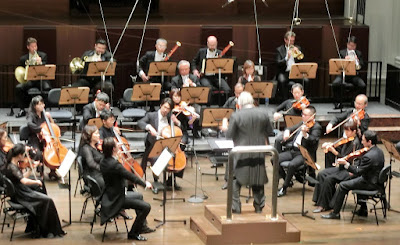 This was partly redressed in a pair of SSO concerts conducted by German conductor Bruno Weil, a renowned specialist in the Classical repertoire. Opening the evening was a symphony in D major, crafted from three movements of Mozart’s “Posthorn” Serenade (K.320). For all intents and purposes, this pseudo-symphony sounded like a real symphony, including a slow introduction to the 1stmovement before breaking out into a vigorous sonata-form Allegro.
Even the slow movement, an Andantino, had real pathos, with two oboes providing motific interest. Only missing was a Minuet and Trio movement, obligatory in the classical symphony. The lively finale had a festive feel (the serenade was composed to conclude a university year), no doubt aided by pairs of French horns and trumpets, and timpani. 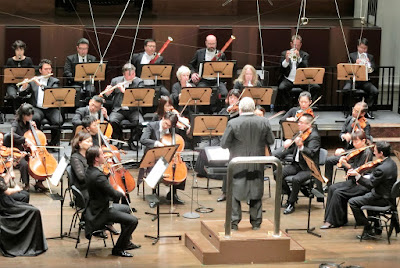 Jonathan Fox’s timpani provided the loud rumbling beginning to Haydn’s Symphony No.103 in E flat major, so unimaginatively nicknamed the “Drumroll”. Here was a true symphony in four movements from the “Father of the Symphony”, in a performance that was buoyant and spirited.
Despite small forces employed, the playing made no apologies for adopting a big sound. There was none of the thinness and tinniness often associated with the authentic performance movement. The SSO is not a period instrument group, and does not have to pretend to be one. 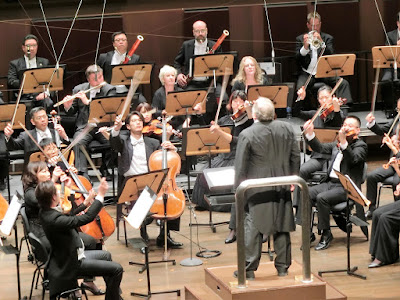 Guest concertmaster Eugen Tichindeleanu had lovely solos in the slow movement’s variations on a folk-like theme, while French horns had a field day opening the proceedings to the finale. Most importantly, in these energised premieres, SSO under Weil made the Mozart and Haydn symphonies sound vital and relevant.
Symphony premieres were perhaps not the reason why the concert was sold-out. That was more likely sparked by the prospect of hearing young Korean-German pianist Christopher Park in Mozart’s Piano Concerto No.20 in D minor (K.466). 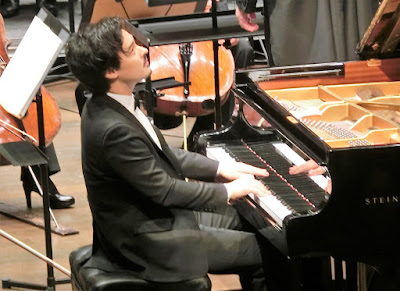 In this most dramatic of the Austrian composer’s 27 piano concertos, there was a genuine sense of stürm und drang (storm and stress) in both the solo part and orchestral partnership. Park was a sensitive player but not one by mincing the notes. Often he rose to the orchestra’s challenge, and was never to be overwhelmed. 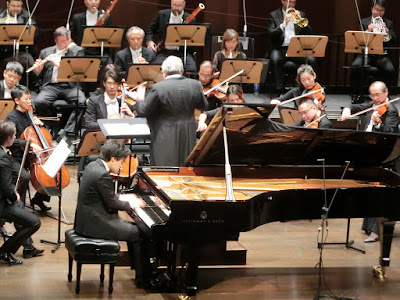 Particularly interesting were his own cadenzas written for the 1st and 3rdmovements, which were highly virtuosic and conjured a sense of fantasy without straying away from the idiom. His encore of Chopin’s posthumous Nocturnein C sharp minor was also well appreciated by the audience.
After this very satisfying showing with a sympathetic conductor, let it not ever be said that the SSO is clueless about Mozart and Haydn. 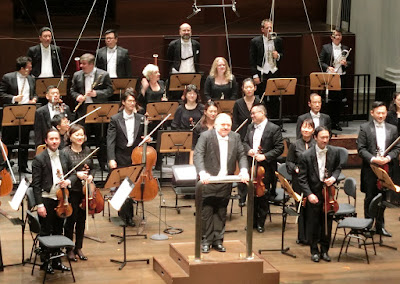