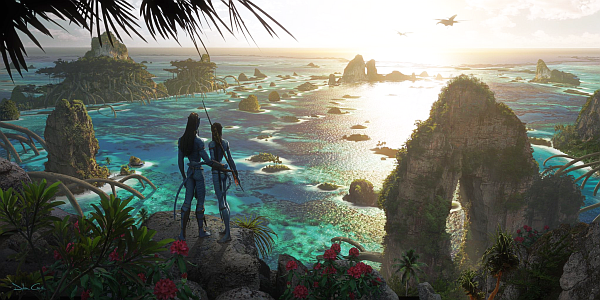 
At 2020 CES James Cameron revealed the first concept art to the sequel to his hit film Avatar. The amazing concept art is the first indication of what the new movie will look like. While the first film focused on the jungles and mountains of the planet the new movie is expected to explore new parts of the world.

The illustrations were then via social media and show a new tropical island setting. It also features new water creatures being ridden by the Na'vi. "You won’t just return to Pandora — you’ll explore new parts of the world," they said on Twitter.

The first movie has breath-taking artwork effects and this one continues the look. The artist of the artwork hasn't been announced. 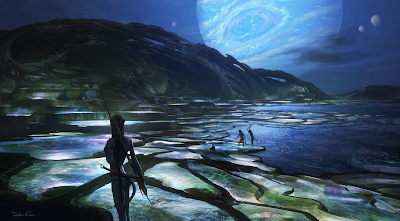 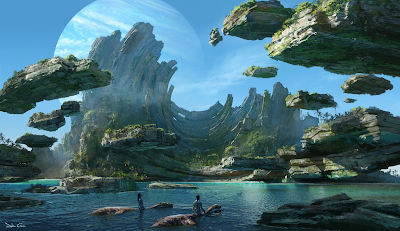 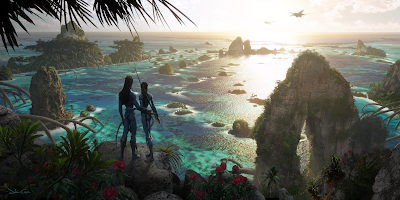 Click on the links if you want to see more of Avatar or Avatar 2 artwork on my blog.

What do you think of the concept art? Are you looking forward to Avatar 2?