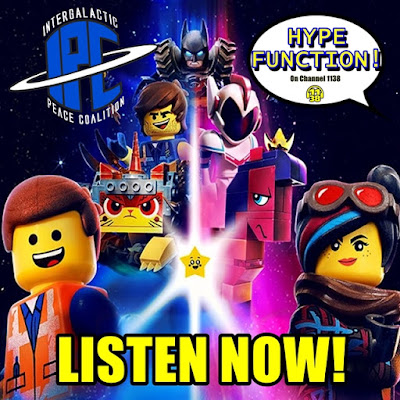 On this special crossover episode with our fellow Channel 1138 podcast Hype Function, Zac and Ben are joined by longtime friend Jeff White to continue they're AWESOME Lego discussion! This time they break down The Lego Movie 2: The Second Part, discussing the newly released film in detail. The guys share their likes, hypes and gripes with the Lego sequel, discussing their favorite characters, jokes, songs and moments from the film. From the news they discuss the expected cancellations of Marvel's Jessica Jones and The Punisher from Netflix, plus Zac quizzes everyone with some deep writing prompt questions. And before closing out the show they discuss what they're "hyped" about currently and reveal their most awesome BBQ experiences on #BBQWatch. Listen for all that and much more!

Follow The Star Wars Underworld on Twitter @TheSWU for more updates about this story and other breaking Star Wars news.