Employee experience is not a support function but a business function… 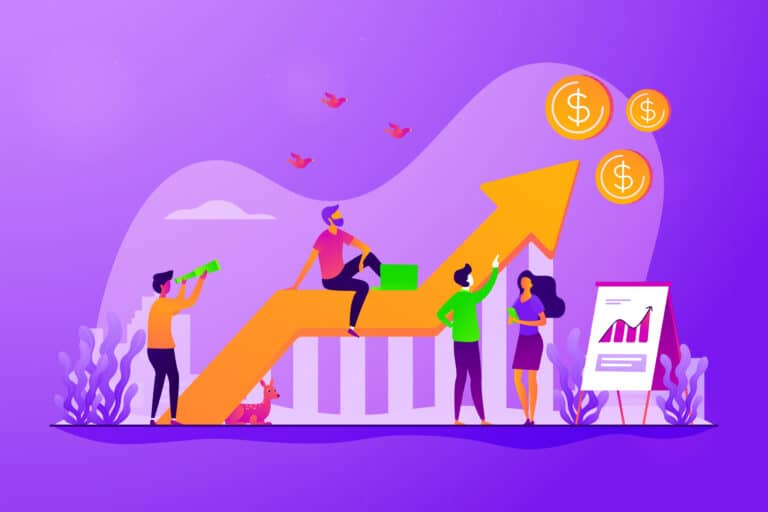 Today we are going to twist the received idea that employee experience = HR = Support function.

I’ve already had the opportunity to write it many times, but the employee experience is not limited to HR. Part of it belongs to it, there is a definite overlap, but part of it is totally outside of the scope of HR. From my point of view, and I won’t deny it, it concerns all the friction points in the job and therefore also concerns what happens at the operational level: business processes, management etc.

To neglect this dimension is to confuse being at work with being working. It is therefore in a way being off the ground.

On the other hand, taking it into account brings benefits in terms of operational excellence that we too often forget that it must maintain the balance between people, processes and technology. In fact, we too often forget the employees in the equation. And knowing that a good employer brand is not about communication but about execution also allows HR communicators to stop making the big split between the promise (a modern, agile, fluid company…well like everyone else isn’t it?) and the reality.

Having already dealt with this point many times elsewhere I will not go any further on the subject but will simply add a last point for those who are not yet convinced.

Today a third of French people are considering leaving their current job once the crisis is over. The reason? They are fed up with processes that make them waste their time instead of helping them.

When I say that a process should be experienced as a service and not as a burden, I’m really not far from the truth. In addition to complicated processes that are only the consequence of an organization that is itself extremely complicated, many processes have also been designed to be efficient for those who perform them and not for those who are their clients. This is how support functions have organized their efficiency at the expense of the business…

What does employee experience support?

When I was appointed Director of Employee Experience more than 3 years ago, I was surprised (but relieved) to see that my role did not change and, above all, that I remained in the teams classified as “business” and not “support”. Another relief because it was, I knew, the only way to have an impact (and the means and the necessary weight in the organization).

I didn’t need an explanation but I was given one anyway.

“When we had the idea of this job you were Business Director and you complained about everything that was preventing the teams from devoting themselves to their work and to the client. So we gave you the means to solve all that and logically the final objective has not changed: it’s the client and how we work for him. You shouldn’t only have an indirect impact, but you should start directly from the client and work your way up to us to see how we can make things easier for our employees”.

Moreover, this was reflected in the way in which thought was given to measuring employee experience. I will tell this part in more detail another time, but among the most obvious indicators I immediately thought of EBITDA. Indeed, an organization with less friction must mechanically bring it, or else it means that we have made a mistake somewhere. That said, knowing how long it takes to have the desired impact and how to attribute part of the EBITDA evolution to the employee experience is another matter.

In short, I ended up inheriting the operations direction in addition to this part renamed “People” which proves that we had seen right at the beginning. But let’s come back to our subject.

Are support functions an anomaly?

One could conclude that employee experience is a business function that should mostly be filled by people coming from the field, who have a knowledge of operations and have as much appetite for transforming operating models as they do for developing the talents without which operating models run amok. And leave it at that.

But that would be to spare a healthy reflection on the idea of support functions, in the broader sense. Not because it makes the function secondary or negligible, but because it influences the idea that others have of it, or even sometimes that it has of itself.

Because HR, legal or IT, to name but a few, are not professions? Because they are not operational? Because they do not contribute to the business? Very good. Fire them and you’ll see if you’re better or worse off afterwards.

All support functions contribute in one way or another to the business. The problem is the distance and the barriers that are put (by others or themselves) between them and the business, the field, the customer and that make them lose, by their own doing or not, the awareness of this contribution. In the end they end up “getting the wrong customer” and no longer function by thinking customer but by serving a category of employees, or even the company against the employee, or even become their own raison d’être, become a state within the state and forget the rest.

Where do these barriers come from?

• Because the business functions lock the so-called support functions into their role and do not recognize them as partners.

• The fact that the so-called support functions are populated by people who are competent and passionate about their field but consider their function to be self-sufficient. “I do a noble job that I am passionate about, I am not interested in what happens afterwards”. Worse still (and already heard in an HR department), I’m there for the people, but then business and figures are “dirty”.

• Because they are given the wrong objectives, the wrong indicators. Measure the HR function by the number of training days delivered and not by the impact of these trainings and don’t be surprised by what happens next.

• Because while these functions understand the value of being a partner to the business functions they do not have the skills to do so. You can have a background in HR, finance or whatever, if you don’t have an in-depth knowledge of what’s going on in the field and the reality of working in other professions, things are going to be complicated.

There is no support function in the business.

In fact the positioning of the Employee Experience function as I describe it is not obvious in theory. It is just a reflection of what a company wanted to do with it and builds it according to the people to whom it entrusted it.

In the same way, I find the distinction between business and support outdated and the reproaches that the former make to the latter, or even the stigmatization or ostracism that results from it, irrelevant.

Employee experience is not a support function but a business function…