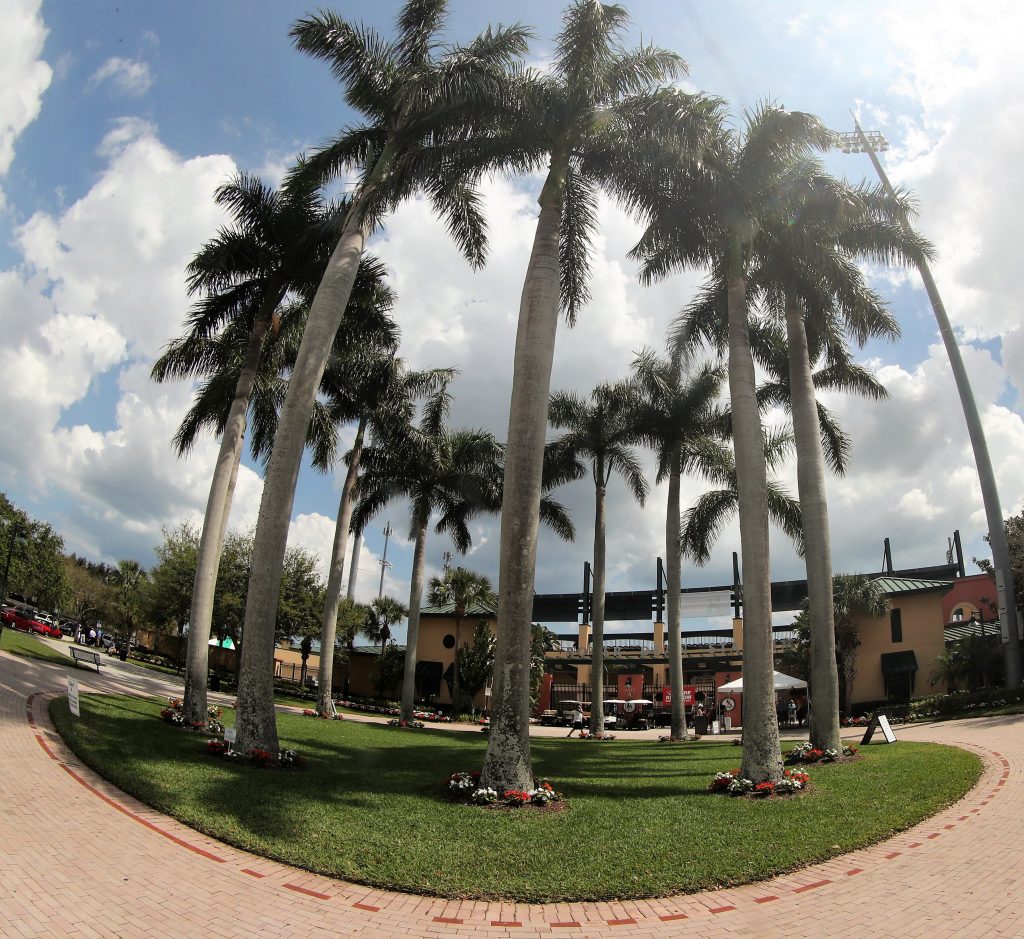 Game #2 Nats travel north to Jupiter to face the Cardinals

Photo of the front gates of Roger Dean Stadium in Jupiter by Sol Tucker for TalkNats.com

The Washington Nationals will take to the road from their home stadium at the FITTEAM Ballpark of the Palm Beaches and the 14 miles north to Roger Dean Chevrolet Stadium. Some of the Nats players actually have Spring Training residences closer to Jupiter and will drive themselves, and this is why the Nationals relocated from Viera to Palm Beach County so they could avoid long road trips even though the team has one of them tomorrow when they head to Disney to play the Braves.

Today, the Nationals will start Erick Fedde with the Nats projected starting middle infielders behind him with Trea Turner at shortstop and Brian Dozier at second base. Also, Victor Robles will start in centerfield and these Nats will get to face the Cardinals righty Michael Wacha.  Two pleasant surprises yesterday were Howie Kendrick returning to play after nearly 9 ½ months away with an achilles rupture, and Aaron Barrett returned to a big league mound after nearly 3 ½ years after multiple injuries. Of course Barrett is not expected to make the Opening Day roster, but Kendrick now is which is quite the shocker.

With this game, all projected Nats starting position players plus bench players will have played except for Ryan Zimmerman and Kurt Suzuki. The plan is for Suzuki to catch Patrick Corbin tomorrow in Disney.

“When I look at my board, I don’t have one player listed under ‘rehab’ and that’s nice to see,” manager Dave Martinez said. “We have a plan, and [Ryan Zimmerman] is going to be playing in February.”

When will we see Zim? Davey promises it will be in February which only has four days remaining after today so you do the math, and the speculation begins.

Ryan Zimmerman not in the first Spring Training game: @TalkNats2

Line-up subject to change (without notice):

The post Game #2 Nats travel north to Jupiter to face the Cardinals appeared first on TalkNats.com.

Game #2 Nats travel north to Jupiter to face the Cardinals