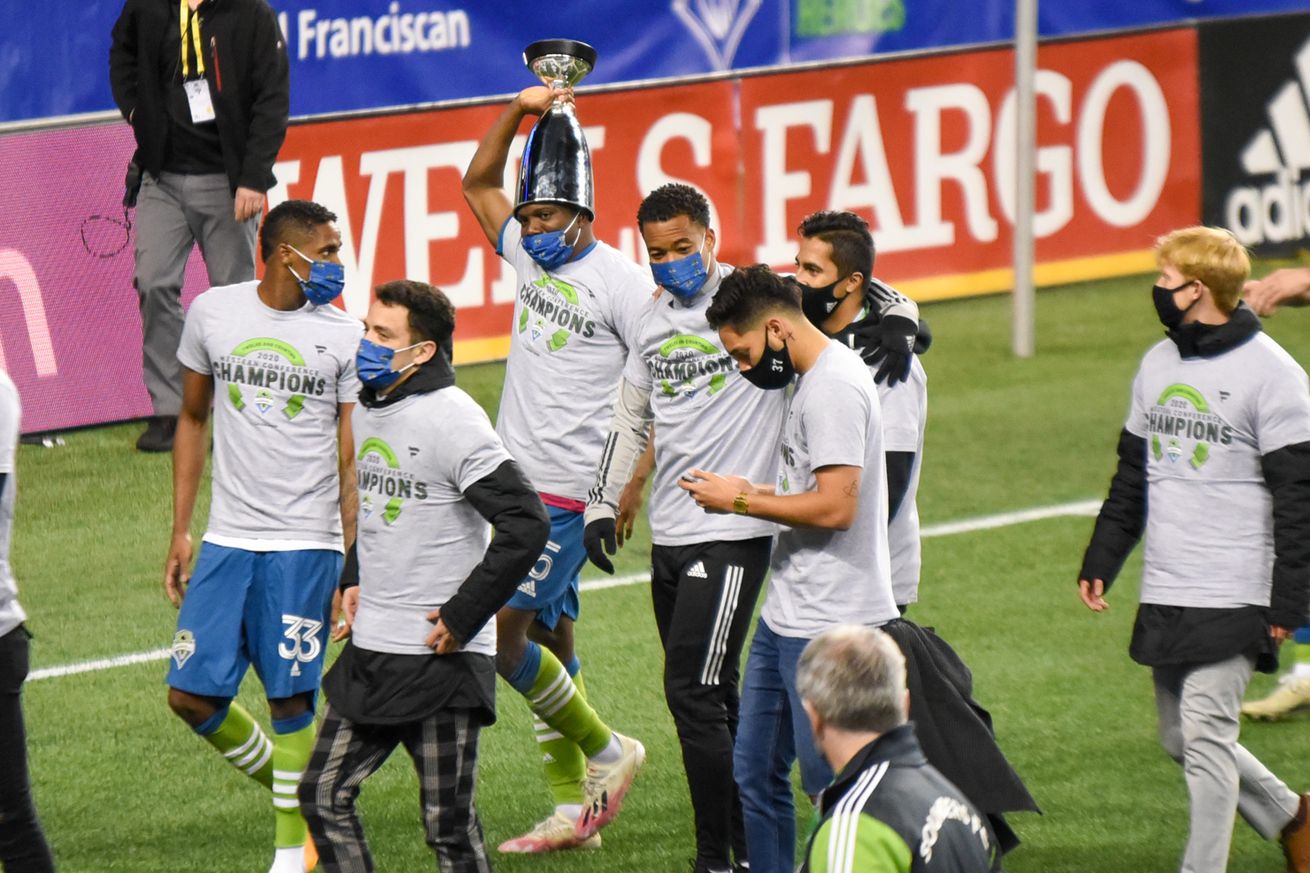 A brief history of #hatweek

The Sounders and Crew sorta have a rivalry, but it requires some explanation.

If you’ve been on Twitter this week, you may have noticed the hashtag #hatweek popping into your timeline in relation to Saturday’s MLS Cup between the Seattle Sounders and Columbus Crew. Unless you’re very online or have at least been around these teams fandoms for while, this may strike you as odd.

Prior to the 2015 meeting between the Sounders and Crew, some Columbus fans decided that #hateweek was a thing. They even a made a shirt ahead of the May 9 match.

Some Sounders fans decided to tweak the idea by using the hashtag #hatweek, and then showed up to game wearing a wide assortment of silly hats. A tradition was born.

OK, in fairness Crew fans insist they don’t hate the Sounders, they hate, well, us. They hate Sounders fans. We “invented” soccer. We “stole” Sigi. We broke attendance records. We beat them in a U.S. Open Cup final. We scored a hat-trick against them. Twice. We “tried to force” U.S. Soccer to hire a bunch of ringers as capos to enhance the atmosphere when Mexico played their quadrennial World Cup qualifier in Columbus. We’re insufferable. It’s understandable.

Keeping in mind that this is told from a Seattle perspective, here’s a brief history of something I just decided to call #capogate:

Truth be told, since #hatweek became a thing in 2015, the Sounders and Crew have not played any particularly important matches. Although both teams have been pretty good during that time, they’re in opposite conferences and only play once a year. Their meetings have also come relatively early in the year and haven’t been particularly memorable (last year’s stoppage-time winner from Nicolas Lodeiro being a possible exception).

I think that’s probably a stretch. But the Crew are coached by Caleb Porter, who is as smug as ever, and the they stand in the Sounders’ way of making some history. That said, this is MLS Cup, whether or not this is a genuine rivalry is probably a bit beside the point.

A brief history of #hatweek