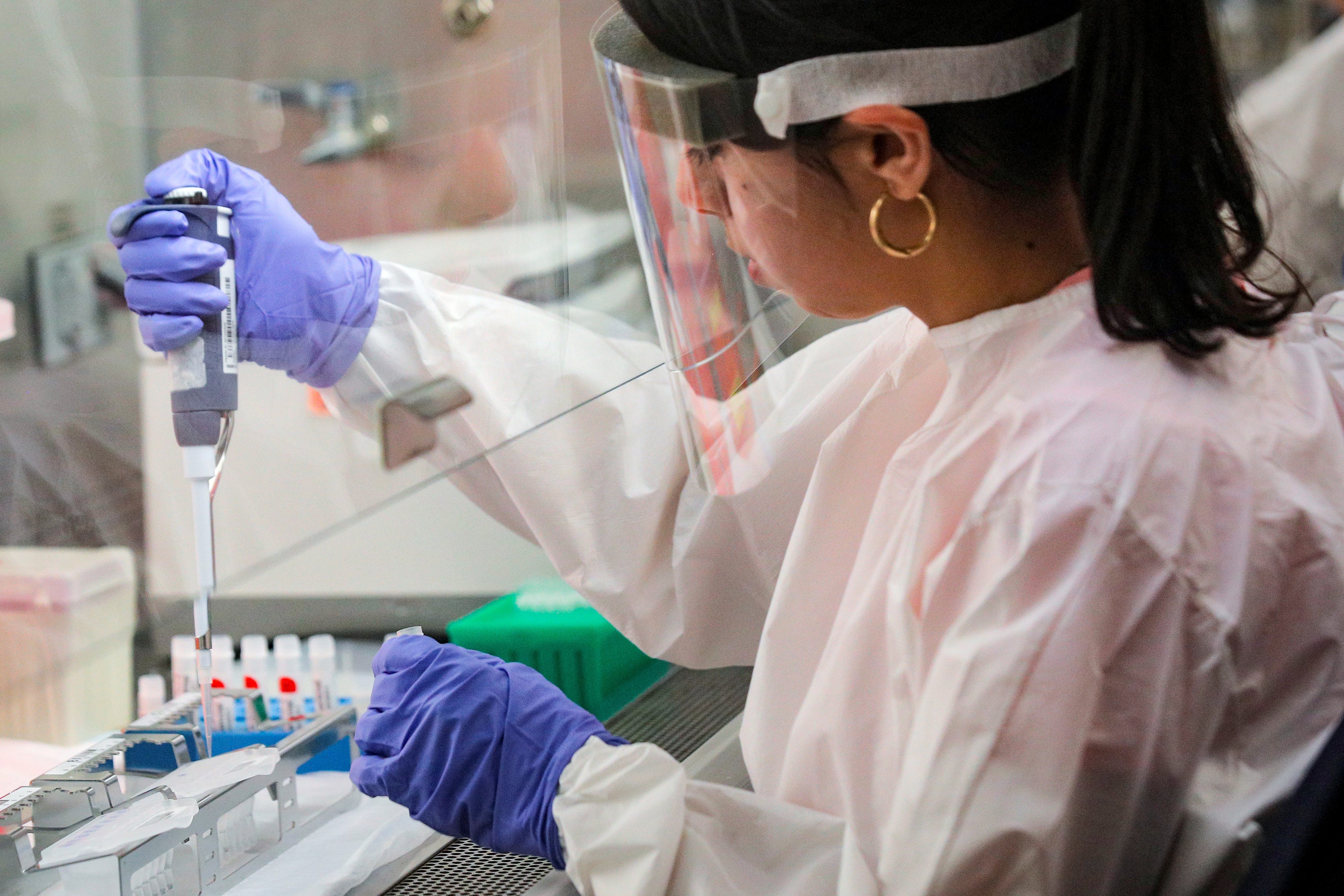 The US should stop contact tracing COVID-19. Invest in genetic sequencing instead. [Silicon Alley Insider]

From the beginning of this pandemic, we knew contact tracing the coronavirus was going to be a challenge in the US.

A year ago, there were just 2,200 contact tracers stationed across the country. These were the people who had originally been tasked with calling up or visiting individuals and facilities where pathogens including sexually transmitted diseases, foodborne illnesses, and hepatitis cases were spreading fast.

But when COVID-19 arrived, their work shifted to focus more on this new, largely unknown viral threat. Problem is, this novel coronavirus spreads through communities somewhat differently than those other diseases do, and often in far stealthier ways that are more difficult to track.

It's time for America to call it quits on contact tracing the coronavirus.

Let's face it: the job is one the US was never equipped to do well on this scale anyway. Nor were Americans always willing (or able) to do their part and quarantine when exposed.

"People have been out of work for months, they're frustrated," Ohio contact tracer John Henry told reporters last summer, already keenly aware of how troubled the nation's piecemeal tracing system was at the time. "Now, they're getting contacted by the health department saying they need to self-quarantine for 14 days."

Even now, one year into the pandemic, efforts to contact trace the path of COVID-19 infections across communities are often left incomplete, with some people who've been exposed to a sick patient notified, while others are never called.

Not that it really matters. Many contacts never even pick up the phone anyway, tracers say.

"At the core of human nature, we're a very narcissistic group, right?" former CDC officer Rishi Desai, who used to contact trace disease outbreaks for that agency, previously told Insider. "That's kind of the crux of what's happening: if you're not in the ICU yourself, you don't see this as a big deal."

Contact tracing COVID-19 outbreaks leaves us one step behind

Before 2020, most contact tracing in the US was done for diseases that don't spread through the air.

If there was an outbreak of an infectious disease at a meatpacking plant, inside a nursing home, abroad a cruise ship, or on an NBA team, it might involve improper hand hygiene, or bad food. Contact tracers could then visit the affected patients who'd been exposed to sexually transmitted diseases, foodborne pathogens, or other viral illnesses in person, where their message at least had a fighting chance to be heard.

The coronavirus is different. You don't need to share a needle, eat with dirty hands, or exchange any bodily fluids to get it. All it takes is some contaminated air. And, because that air is often spewed out by people who are not showing any tell-tale symptoms, it can be well on its way through a community before health experts and disease tracers even know it's there.

In the meantime, other important contact tracing and STD prevention work has been hit hard by the pandemic, with clinic visits, prescriptions for HIV prevention drug PrEP, and lab testing all down dramatically across the US. More tracers back on the task could help connect people with those services - safely - by providing more virtual care (when possible), and encouraging people to go in for (masked) STD tests.

"We're really worried about the larger issues of people not getting tested, people not getting treated, and what that means for inadvertent spread of infections in the future," David Harvey, executive director of the National Coalition of STD Directors told Insider last year.

Instead of ramping up contact tracing for COVID-19, the US should focus more on viral sequencing, which will help us determine exactly where the virus is spreading quickest, and what we should be doing now to stop it in its tracks.

The US should prioritize genetic sequencing to track the virus

In the last seven months, experts in the UK, South Africa, and Brazil have identified mutated coronavirus strains that may be better at infecting humans or evading vaccines by genetically sequencing samples of the virus.

According to Dr. Anthony Fauci, director of the US National Institute of Allergy and Infectious Diseases, that dismal track record is a "somewhat inexcusable deficiency."

The UK does "many, many, many fold more sequenced surveillance than we do," Fauci said during the Precision Medicine World Conference in January.

The UK's nationwide sequencing program analyzes 61 out of every 1,000 coronavirus cases - about 12 times the number of cases that are sequenced in the US. These efforts likely helped UK researchers detect the more infectious B.1.1.7 variant outside London in September.

But even the UK's sequencing efforts pale in comparison to those in Iceland, Australia, and New Zealand. These nations have sequenced 63%, 48%, and 35% of their coronavirus cases, respectively - the most of any countries so far, according to data from GISAID, a global database that collects coronavirus genomes. The US hovers around 33rd on that list - behind countries like Canada, China, Papua New Guinea, and Rwanda - a slight improvement from its 43rd ranking in December.

When we can't sequence many cases, strains travel fast. That's what happened with the B.1.1.7 variant first spotted in the UK last fall.

The US didn't report its first case involving B.1.1.7 until December 29, at least three weeks after the variant entered the country, according to some disease experts. The sooner scientists can identify new strains, the better we can prepare for any potential public-health consequences.

When you know where the virus is, it's easier to stop it

Knowing where a more transmissible variant is spreading can inform public health protocols and travel bans, among other viral mitigation measures. A country lacking proper genetic surveillance has no way of knowing if a strain is spreading silently within its borders - and that "comes back to bite us," Fauci said.

Sequencing capabilities, though universally dismal, vary dramatically within the US. Maine, Washington, and Hawaii have sequenced about 3% of all cases reported there in the last 14 months, according to the CDC, while Iowa, Oklahoma, and Tennessee have sequenced less than 0.1% of their cases.

In order to improve the country's genetic surveillance - and get a jump on any future variants - the US needs to centralize its efforts, and scale-up its nationwide sequencing program.

The CDC launched a consortium last May called SPHERES to coordinate genomic sequencing in the US. But "poor funding, coordination, and capacity" resulted in "patchy" data, according to a 2020 report from the National Academies of Science.

Fauci said SPHERES is now partnering with the National Institutes of Health to consolidate all the sequencing data coming from independent US labs by "streaming it into one accessible database so that we can do much more than we're doing."

On February 22, President Biden also announced the CDC would be investing nearly $200 million into sequencing efforts, to more than triple the nation's weekly rate to 25,000 sequences.

Those efforts have borne some fruit in the last few weeks, as US researchers have pinpointed new coronavirus variants in New York and California, among others.

The US should focus more of its coronavirus efforts on this sequencing, and let the contact tracers go back to their work charting and preventing more STD spread, before it's too late.

The US should stop contact tracing COVID-19. Invest in genetic sequencing instead. [Silicon Alley Insider]