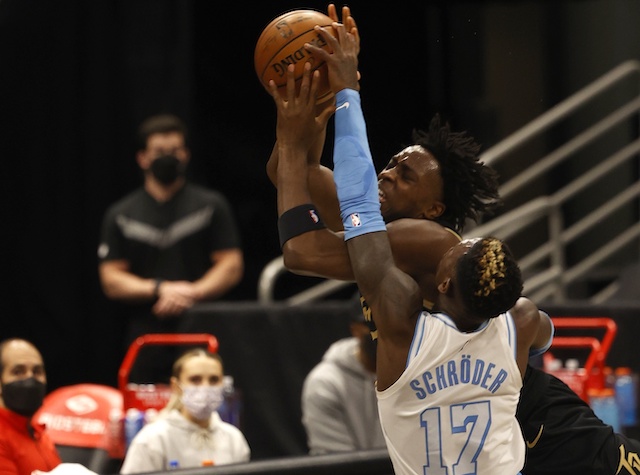 Searching for on-the-floor chemistry, the Los Angeles Lakers are entering the final phase of Mission Repeat. The Sunday clash against the Toronto Raptors comes up next as the team counts down the remaining rehearsals before the start of the NBA Playoffs.

Even LeBron James’ return didn’t turn L.A’s fortune around in recent weeks. With the four-time champion back on the court, the Lakers lost 110-106 to the shorthanded Sacramento Kings two days ago. The defeat made it five losses in the last six games for the reigning NBA champions, who fell down to sixth in the Western Conference the following day.

The Raptors have practically nothing else to play for in the 2020-21 campaign. With eight games left in the regular season, the 10th-placed Washington Wizards – currently occupying the last spot in the Eastern Conference’s play-in tournament — have a 3.0-game advantage over Toronto.

Meanwhile, the Lakers are fighting to avoid the play-in tournament, holding just a 1.0-game advantage over the Portland Trail Blazers in seventh. The spotlight will be on James and his ankle, which the four-time NBA champion said felt a little tight in his return against the Kings.

His focus against the Raptors will center on playmaking as the NBA’s health and safety protocols ruled out Dennis Schroder for the night.

Schroder’s absence creates yet another obstacle for the Lakers’ starting five to gel after James and Anthony Davis’ return. L.A. could instead focus on building chemistry between the two 2020 NBA champions and Andre Drummond in the star trio’s second game together. Drummond and Davis in particular might have a chance to figure out their frontcourt dynamic, coming up against one of the worst rebounding teams in the NBA.

Toronto ranks second-last in total boards per game (41.5), potentially allowing the big men to double down on attacking the paint while making some confidence-boosting stops on the other end.

The Raptors also tend to give up plenty of threes. They allow opponents to average 13.9 triples on 36.8 attempts from downtown per game, both numbers placing them as fifth last in the league. The Lakers’ outside shooting went cold in the last two games; they might be able to find an offensive rhythm on Sunday.

L.A. should come out of the locker room extra focused. No one forces rivals to turn the ball over more frequently than the Raptors while the Lakers often let sloppiness get the best of them. L.A. commits 15.4 turnovers per game, fourth-most in the league. That could encourage Pascal Siakam and Kyle Lowry, who was rested in the recent 106-102 loss to the Utah Jazz, to badger the Lakers on defense.

Toronto’s one of the nine final rehearsals for the Lakers before the quest to repeat begins for real. Each minute of the game will count as, just like the last weeks showed, L.A. still has a lot of work to do.