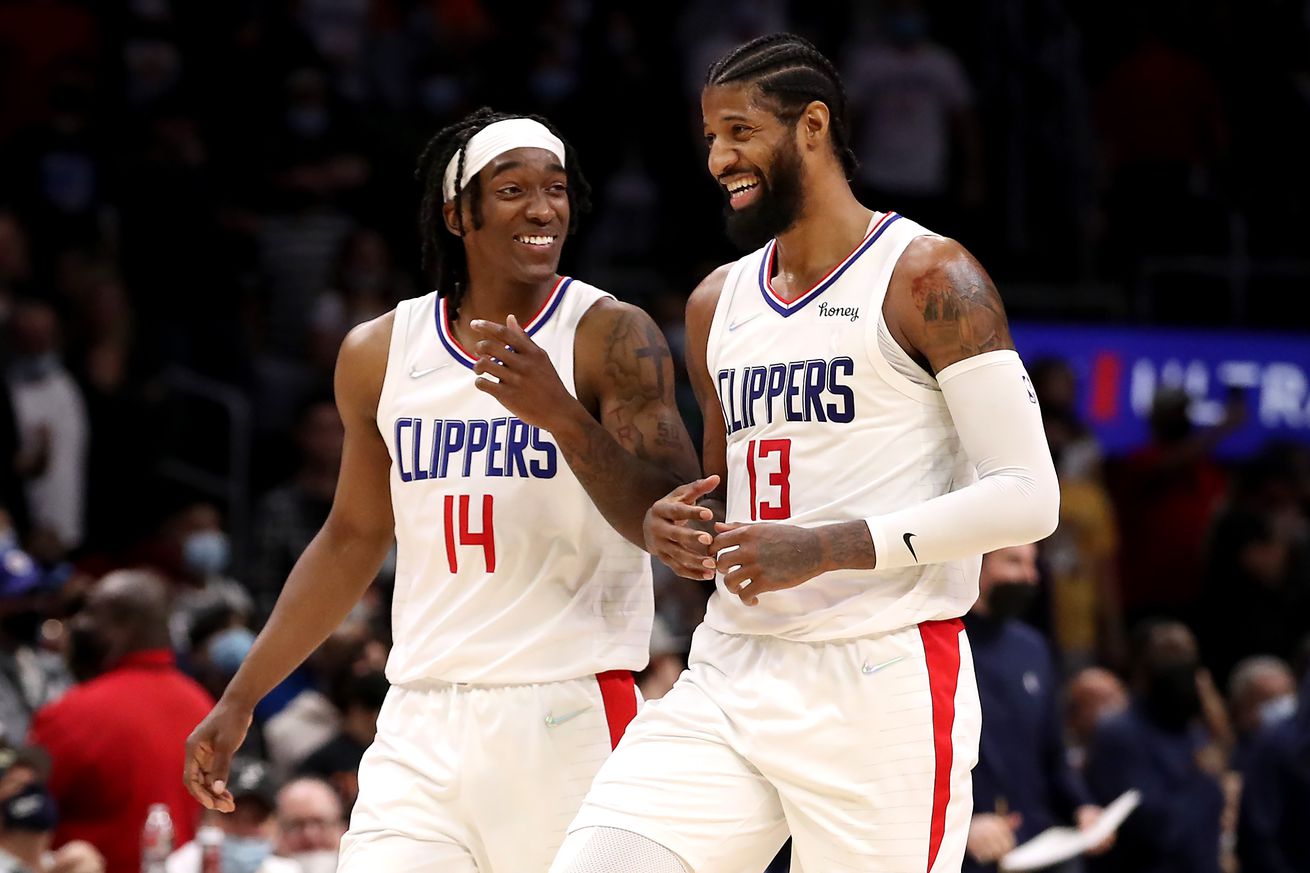 Welcome to SB Nation Reacts, a survey of fans across the NBA. Each week, we send out questions to the most plugged-in L.A. Clippers fans across the country. Sign up here to join Reacts. Check out DraftKings Sportsbook, the official sportsbook partner of SB Nation.

It’s been a really fun NBA season so far, with a relatively normal schedule back in place and numerous upstart teams — mostly in the East — making a case to ascend in the league hierarchy.

In the latest Reacts survey, NBA fans were asked what they are most thankful so far this year, and there were several good options. 30 percent of fans selected competitive balance. In the Western Conference, 3rd and 10th place are separated by three losses; and in the East, three losses separate 2nd and 11th.

The second-most popular answer was the new rules, earning 24 percent of the fan vote. Third place is seeing the Lakers struggle, and coming in fourth, the 82-game schedule.

Personally, what I am most thankful for during this NBA season is the return of fans to arenas. Games have a much better vibe with fans in attendance, and the players clearly feed off of that atmosphere. I’m also thankful for the new officiating points of emphasis; there’s a better flow when there isn’t a whistle every 40 seconds.

From a Clippers perspective, I’m thankful for the continued brilliance and work rate of Paul George. I’m also thoroughly enjoying the bench duo of Terance Mann and Luke Kennard — more of them, please!

What are you thankful for as a Clippers fan?

If you’d like to vote in upcoming Reacts surveys and have your voice heard each week, sign up here.