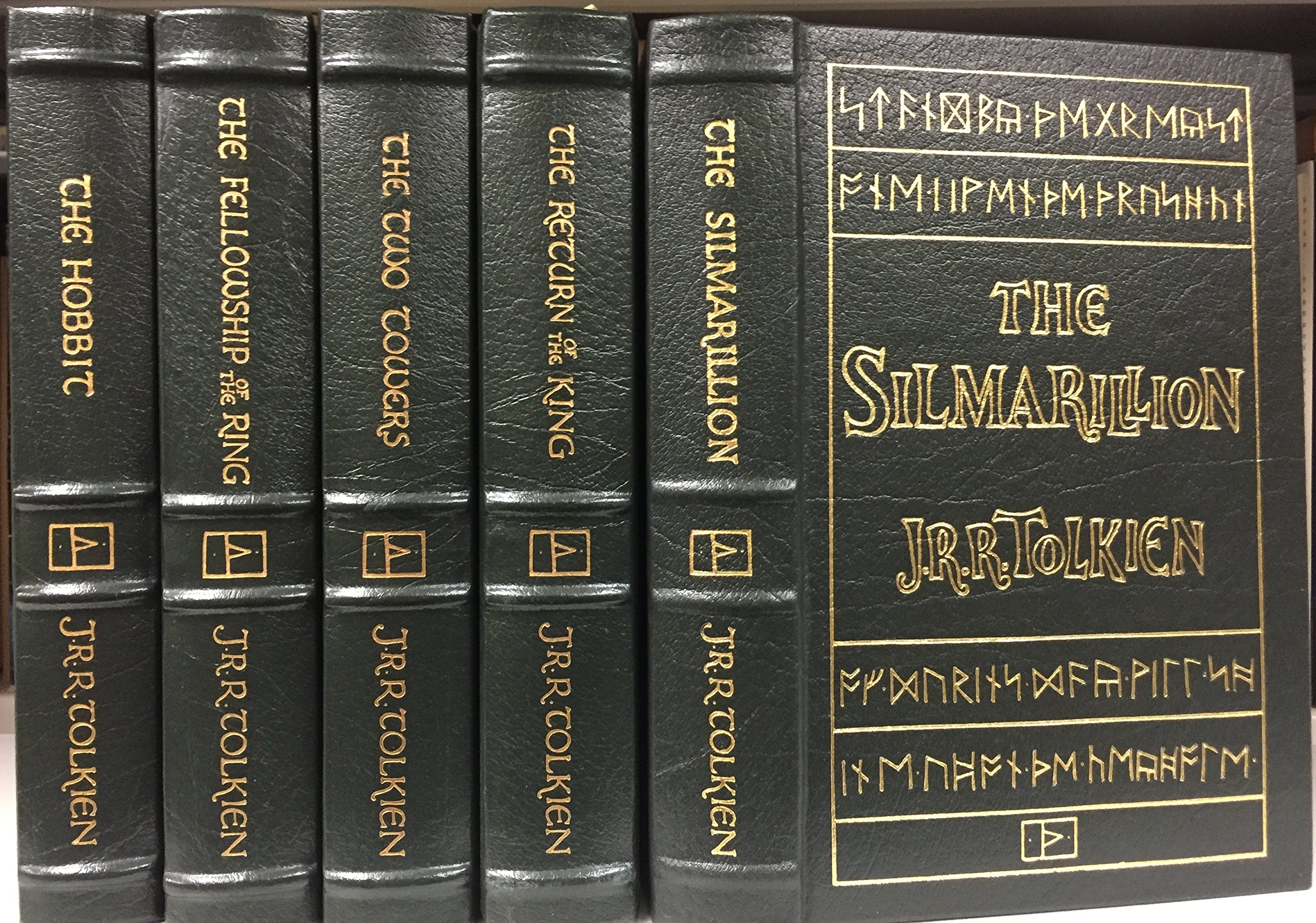 SO … you heard Amazon’s working on a Lord of the Rings TV series or a Middle-earth TV Series, or something, and now you want to be 'read and ready' when the show premiers (sometime later this year, we hope!). But you don’t know Tolkien from Tookish? Get your pens, pencils, or pixels handy! This is your Reading List to help you prepare! With the understanding that this list will go way beyond the scope of what Amazon has purchased the rights to work with, here’s what you Need to Read:

The Lord of the Rings: Especially allll that stuff after the story ends, known as the Appendices. VERY IMPORTANT! The Appendices are the source from which Amazon is generating, or on which they are basing, their storytelling; but reading them on their own will be of little worth if you have no context or passion for Middle-earth.

[Ed's note - if you have a REALLY short amount of time, your 'Cheat's guide'/last minute revision is Appendix A I (i) 'Numenor' and Appendix B 'The Tale of Years - The Second Age'.] [Amazon.com]

The Hobbit: Ok, ok, not as essential based on what we know today, but c’mon, you’re here anyway – don’t you want to read the story that “started it all” [it didn’t!]? If you want to read the above in Middle-earth’s chronological (historical) order, start with The Silmarillion, proceed to The Hobbit, end with The Lord of the Rings - and be prepared for a very different voice of storytelling in each. [Amazon.com]

The Silmarillion, The Hobbit, and The Lord of the Rings comprise what many would argue are Tolkien’s core writings of Middle-earth. You can stop there; but if you’re hungry for more, second, third, and fourth breakfast await. Much of the following content features retellings of stories already told, or outlined in various drafts and evolutions.

While the majority of literature published about the Second Age focuses on the stories of a human society called Númenor, there are tales of elves at this time too; and of course, dwarves, hobbits and others inhabit the land. And while the production is packaged as '…heroic legends of the fabled Second Age of Middle-earth,' there is no doubt that many of the cultures will be heavily influenced by the First Age, including mythos, poetry, song, and storytelling; so you may just want to read EVERYTHING. (It will be interesting to see where Amazon takes off, from what they must interpret as foundational material, for wholly new content generated by their own writers; but this is not the space for editorializing…)

Unfinished Tales of Númenor and Middle-earth – great as a stand-alone, and much more readable as a 'novel', then what is ahead. A bit redundant after The Silmarillion, but, like hobbits and meals, isn’t more better? [Amazon.com]

Other (recent) stand-alone publications, retelling stories from prior publications with significant additions/commentary/other content, relates to the histories of the Númenorians before the establishment of Númenor:

Available as a boxed set as well! [Amazon.com]

As deep as Source Material Gets

The History of Middle-earth – if you enjoyed The Silmarillion, and appreciate the treatment of the material in the previous three sources, you just might be ready for THOME. Further extensions of stories known, partially written glimpses, and beautiful tidbits and expanses of Tolkien glory, related to possible content in the new production and beyond, (in other words, the back story of the back story), can be found in this 12-book series which examines and explores the manuscripts and drafts of Tolkien’s Middle-earth work. Be prepared for prose! See specifically these books:

For the serious reader, you can purchase the complete set of all 12 books! [Amazon.com]

There’s more?
With a prodigious author like Tolkien, yeah, there’s a lot more. More authored by (the) Tolkien(s) (JRR and his son, Christopher), and a library of books by others, commentating and interpreting all manner of Middle-earth content. Volumes of maps, folios of Middle-earth peoples and creatures, and a long catalogue of commentary, indexes, dictionaries, tomes, and other interpretive work abound!

Check your wallet and your calendar; and for those who are just joining the journey, mae govannen! Welcome to Middle-earth!